Having stepped out of the flight at Tampa, I was weaving thru all those folks at the gate waiting to get into the plane for the outbound flight, when I thought I saw somebody that looked very much like me. Clearly somebody of Indian origin, he was also bespectacled and sported a clean shaven head.

What is more, I thought I might actually know him. He was peering into his iPhone busy doing whatever it is that busy people do with their iPhones at airports. To make sure I was not mistaking a stranger for somebody I knew, I went and just stood next to him. Eventually, he lifted his head and sure enough – it was an old colleague from the past – Gautam Vyas!

Neither of us work in our old company any more – so it gave me a chance to catch up with his exciting moves in career as well as get updates on some of the old colleagues. Funny part is that we do not live that far apart from each other (by Atlanta standards at least) but we actually saw each other first time after I left that job in of all places – Tampa airport!! 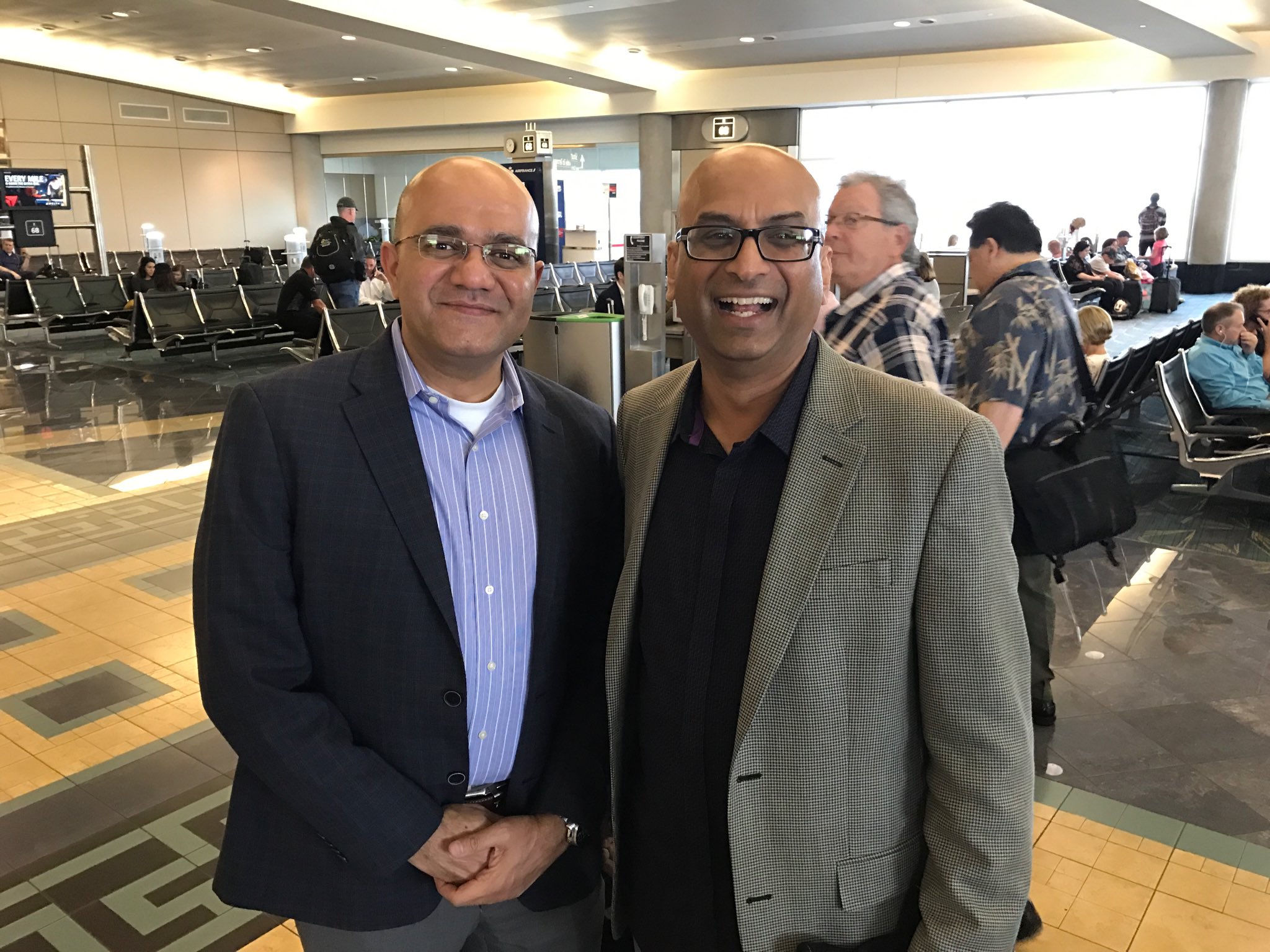