In the evening after finishing up this week’s work, decided to go put in a few extra miles. Changed clothes in the trail bathroom and went in for the run. Somewhere in my second mile or so, I lifted by head and I thought I recognized the face of the runner who just passed me by the other way. Was it not Scott? I thought. Looked back but the runner kept on running.

For a few minutes, my mind meandered to thoughts about Scott. I had not seen for a long time. We used to work together. In fact, I wondered if he ever got my birthday wishes. It was his birthday a few days back and I had left a voice mail for him on his mobile phone. Made a mental note that I needed to shoot him an email to ensure that his phone number had not changed.

And that was that.

A few miles later, I turned around and was still a couple of miles away from my origin point, when I took a turn and ran into the same guy. This time, I was absolutely sure!! “Scott?”. “Rajib!”… We chatted for some time and I turned back again. We decided to run together to where he had kept his car and then he would drive me to where I had parked my car. In the meanwhile, we caught up on our lives. 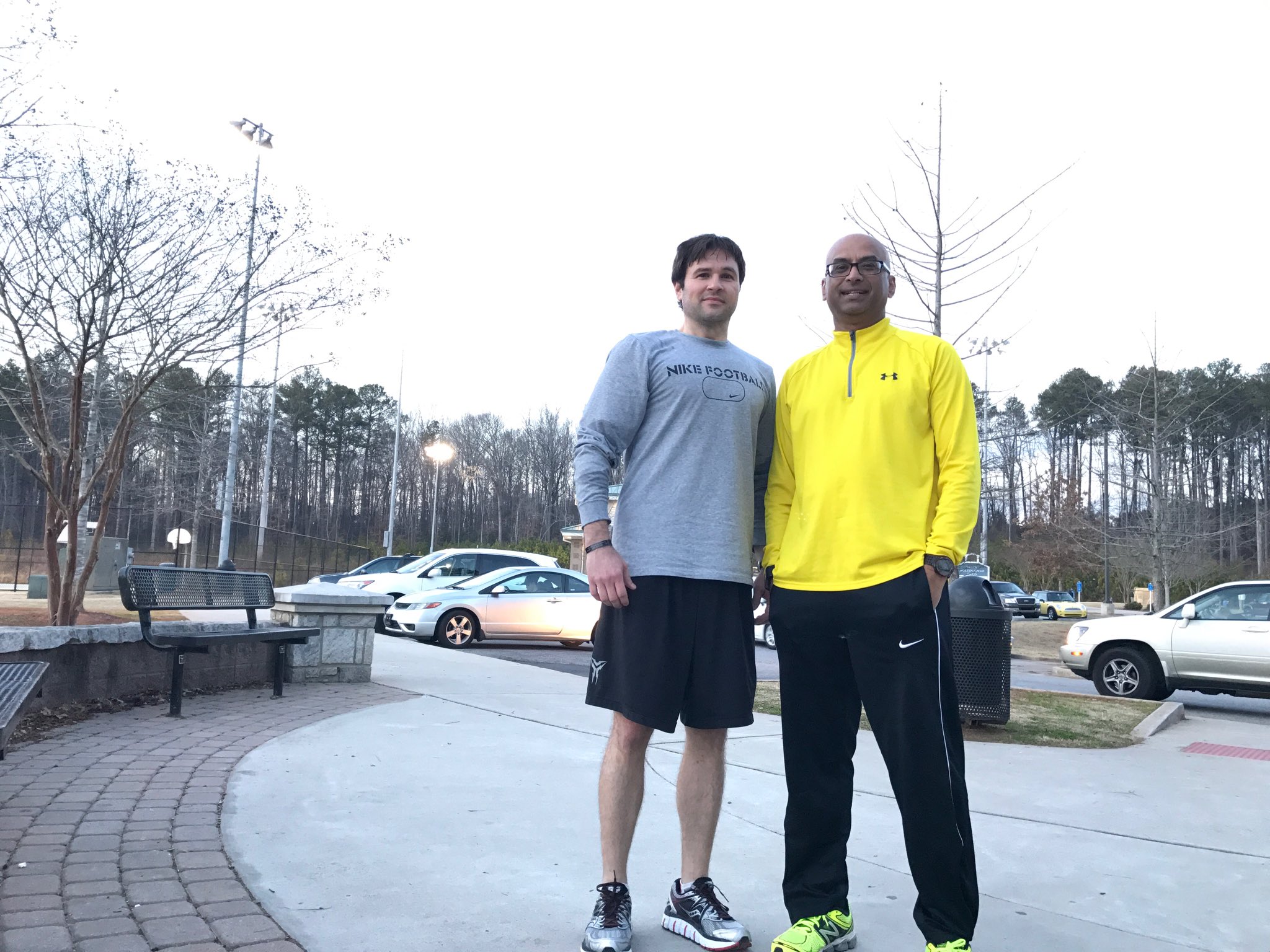