Siri needed some coffee this morning…

This morning, I woke up early, skipped my first coffee, changed into my running clothes and went out to my rental car to head out to the spot I wanted to run from today. Last night, I had scoped out the area – there was beach about 17 minutes away and thru satellite pictures, I had spotted where I would be parking my car.

Plugged that spot in Google maps this morning and Siri said in 17 minutes I would be there. Fair enough.

After about 4 minutes or so, Siri declared that she had found an alternate path that would save me 6 minutes!! That was even more “fair enough”. If I can save 12 minutes going up and down, I can put in an extra mile or perhaps just sit in the beach and take in the beauty of the huge lake.

I did get a little suspicious about how there could be such a faster route. I had studied the map the previous day well enough to realize that something was wrong. At the next traffic light, I picked up the phone and zoomed out to see how Google Maps would cut down on my time.

And that is when I realized that it would save me 6 minutes out of 13 by simply not taking me to where I wanted to go. Siri was proposing to drop me at a completely random place!!

Check out the grey route (used to show alternate routes). It even says 7 minutes faster. Except it ends nowhere close to the end point marker as you can see way up in the map!!!

I guess it pays to do your homework. Either both Siri and I skipped coffee this morning or she has some devious designs on me 🙂 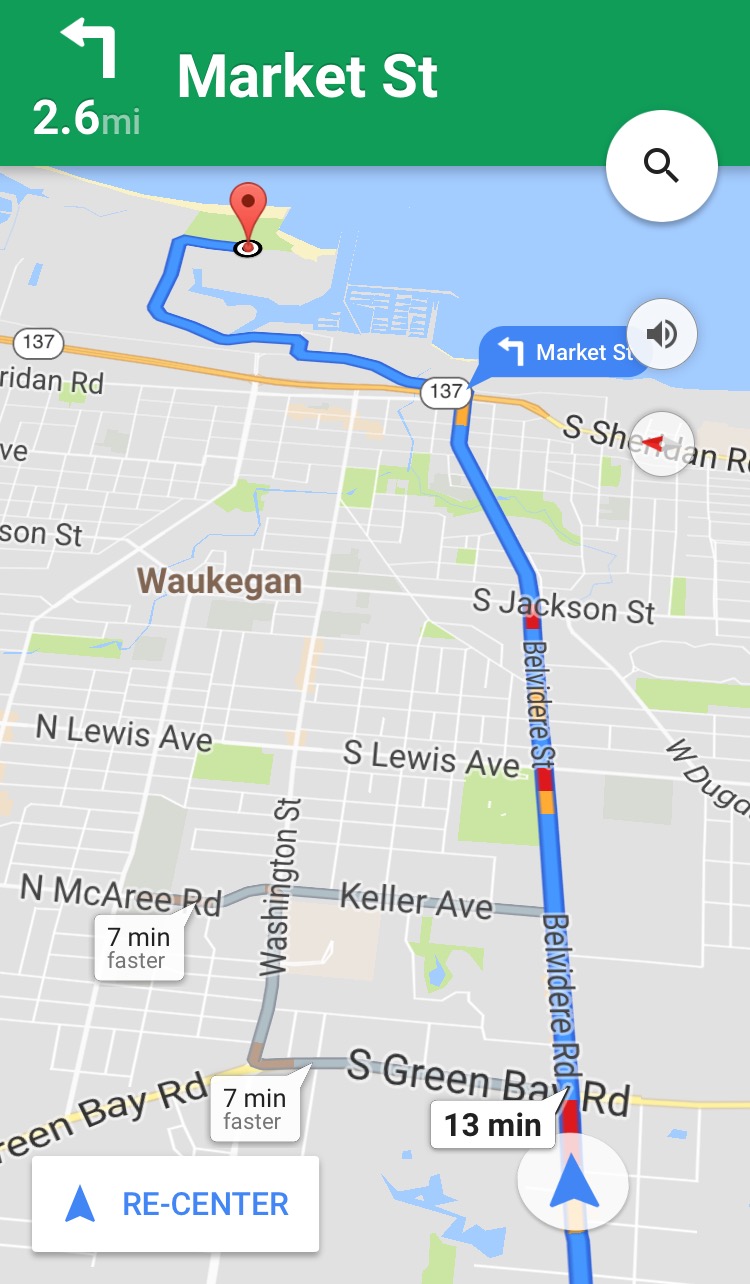