How do you teach Project Management for Supply Chain Management in a novel way? Dr. Javadpour’s approach was surely unique. She told her students that they were going to help a needy old couple by breaking down their bathroom and rebuild it and make it handicapped friendly. That started a 6 week long intense planning phase where the students had to do everything – from raising funds to understanding what construction was all about and then on the final day they reconstructed the bathroom in 6 hours flat from grounds up! The students were so taken in by the challenge of the project management of a real life project that most of them were working early morning to late night without being asked to. To the point that their other professors had to ask Roya what was she up to!! Apparently, she has offered that course 12 times in all (in CalPoly) and has been nationally recognized.

That was how our conversation started when I finally managed to meet up with her last week. First, she had to plough thru 2 hours of traffic. I gave her a way out but she insisted on meeting. We missed each other the last few times we tried. Roya and I worked in the same team in a supply chain company and frankly I cannot even remember when I saw her last – 2001?? After she left, I again got in touch with her thru FB much later.

And from her occasional posts, I realized that she followed an interesting and very adventurous life. I would call her to wish her a happy birthday and I would realize that she was in Vietnam or Thailand or Turkey and so on. In 2012, I suddenly got a message from her that she would be in India with a few of her students and wanted to know what should be visiting while there.

What I learnt last week was very interesting. Roya goes to all sorts of exciting places and explores them without much of planning from before hand. (I know, she is the one who was recognized nationally for her project management class 🙂 ). She buys one way ticket to a country and goes around exploring. During that process she crosses country boundaries and one fine day, when she thinks she has had enough, she buys a ticket to return. Another method I found was she would buy a one way ticket to country A and then a return ticket from country B without any prior plans of figuring out how to go from country A to country B.

I remember one of those birthday calls, she let me know that she could not get into Greece from Turkey (some visa related issues), so was trying to figure out How to return home!!

“So, what were you doing in India?”, I asked.
“Oh! We went to the Himalayas”.
“Trekking?”, I continued.
“No. We were there to build septic tanks and showers for a small village up in the mountains”.

I have to say – I was pretty impressed. I go to India four times a year and never ever have I attempted to build a septic tank!! 🙂

With the vast life experiences she has gained, I had to ask my inevitable question –
“So, what is the life lesson I can learn from you?”.
She thought for a second and said – “Enjoy the journey. Destinations are overrated. Life is all about the journeys to those destinations.”

Thank you Roya, for a wonderful evening. And thank you for taking the pains of tolerating two hours of traffic on 405. 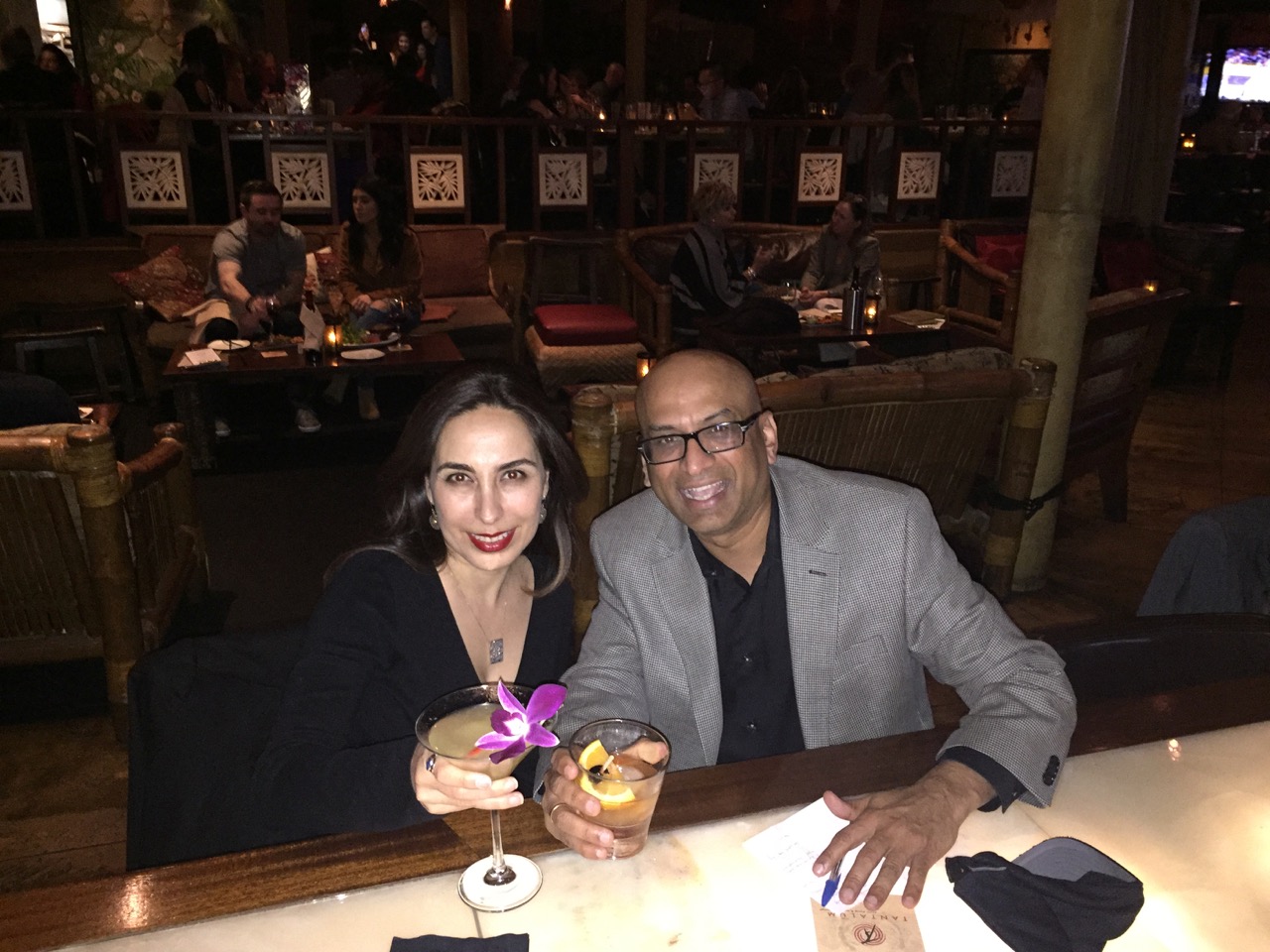