One last intersection point for this trip…

I was a few hours away from catching my flight to the US of A. Figured there was time enough to squeeze one last intersection point. I had to have dinner somewhere anyways. What better way to have dinner than with a guy that I had not seen for about three decades?

In fact, one of the last times I saw him – if not the last time – is the picture in the inset. Avijit’s mom had called Supriyo and myself over for lunch. Supriyo is the one with the trousers with the fullest flair, as it were, and that thin stick on the other end – yeah! – that is yours truly!!!

Even after the last meeting, I had made a few contacts with Supriyo over the next few years. He was one of the few guys who had an email id at work. Even in the mid nineties, it was a novelty in my friend circle. But once he quit that job, I lost touch with him.

The trail had gotten completely cold, till Facebook came around. Without Facebook, I would not have been able to sit with Supriyo and catch up on his mom (who I remember from a trip I had made to their house in Burdwan in 1985) last evening. Unfortunately for me, uncle is no more. I was able to fill Supriyo in about the whereabouts of some of our friends from those days. And we had some laughs about a particular incident where he got into deep trouble for committing a gross transgression of our dorm rules. We agreed it did not seem that funny at that point of time.

In a rare moment for me, I had completely forgotten about his sisters. Not sure how I forgot about them. Turns out one of them is in Durgapur – not too far away from my in laws. In fact about a stone’s throw and a half. Seems like more intersections points for the future!

That was a great way for me to finish up my trip to India – catching up with yet another friend from high school that I had not seen for way too long a time!! 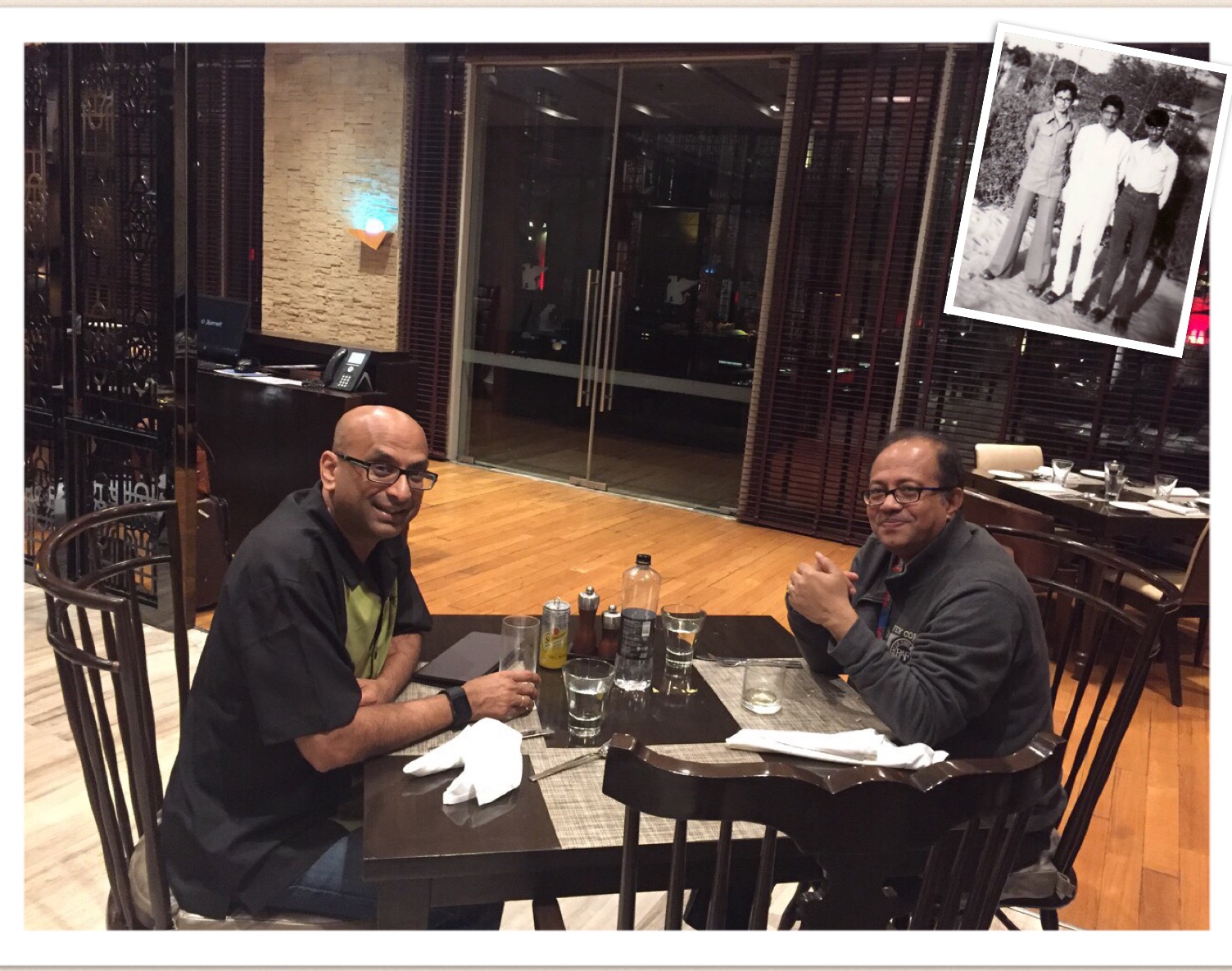