I am not the best writer in English. For that matter, I am not the best writer in any other language. I have run ons in my sentences, I sometimes let my participles dangle and I start my sentences with conjunctions. That said, there are two teachers in my life that I remember the most who were deeply influential in whatever grasp I have over the language English. This trip, I managed to locate one of them – Ms. Devyani (thru Mrs Bose). The other one was a Mr. Samanta.

He used to come to our house in his bicycle on his way back from Shivaji Boys High School with a “pan” in his mouth, wearing a flowery shirt and then for hours, would sit with me and help me thru the difficulty of giving expression to your thoughts in a well arranged sequence of English words.

Then I became I close to his son – Kaushik – who was of the same age as I, but we never studied in the same school. I can certainly recollect spending quite a few afternoons with Kaushik and Avijit – my best friend of those days. If we were not solving global hunger problems during those sessions, we were probably solving even bigger problems like how to impress the next door neighbor girl.

Regrettably, my long searches for them about ten years back came to the worst possible way of ending. I learnt that both of them were no more. By the time I had managed to locate them, they had both escaped me by a couple of years.

As I sat last evening with Papiya-di (my teacher’s daughter who also had become close to me in the early eighties) and Sourav-da (her husband and my senior from middle school) before getting ready for the long flight back to US, I could not help having the pangs of regret of not getting a chance to say one last Thank you to Mr. Samanta or sitting down with Kaushik for one last afternoon of getting the world closer to a few more solutions!

If anything helped me thru that struggle, it was what a great company Papiya-di and Sourav-da were. We have very similar interests in terms of adventure, visiting places that are slightly off the usual touristy interests, importance of staying fit (Papiya-di is a gym rat) and in general how to prioritize time in life. Both of them are accomplished photographers. I am no where even close to them, but I knew enough to be dangerous during our conversations.

The last time I saw Papiya-di was somewhere around the late eighties (I think it was 1989) when I walked into Mr. Samanta’s house to say Hi (I think I had just come home from Chennai) and landed in the middle of a big drama. Mrs. Samanta complained to me about some hissy fit Papiya-di was throwing about her impending wedding. In spite of me giving extreme details of what happened that day, Papiya-di conveniently washed her hands off any role in that drama. Fortunately, Sourav-da remembered enough to back my story up!

I might have to come back to spill more beans on Papiya-di till she owns up!! 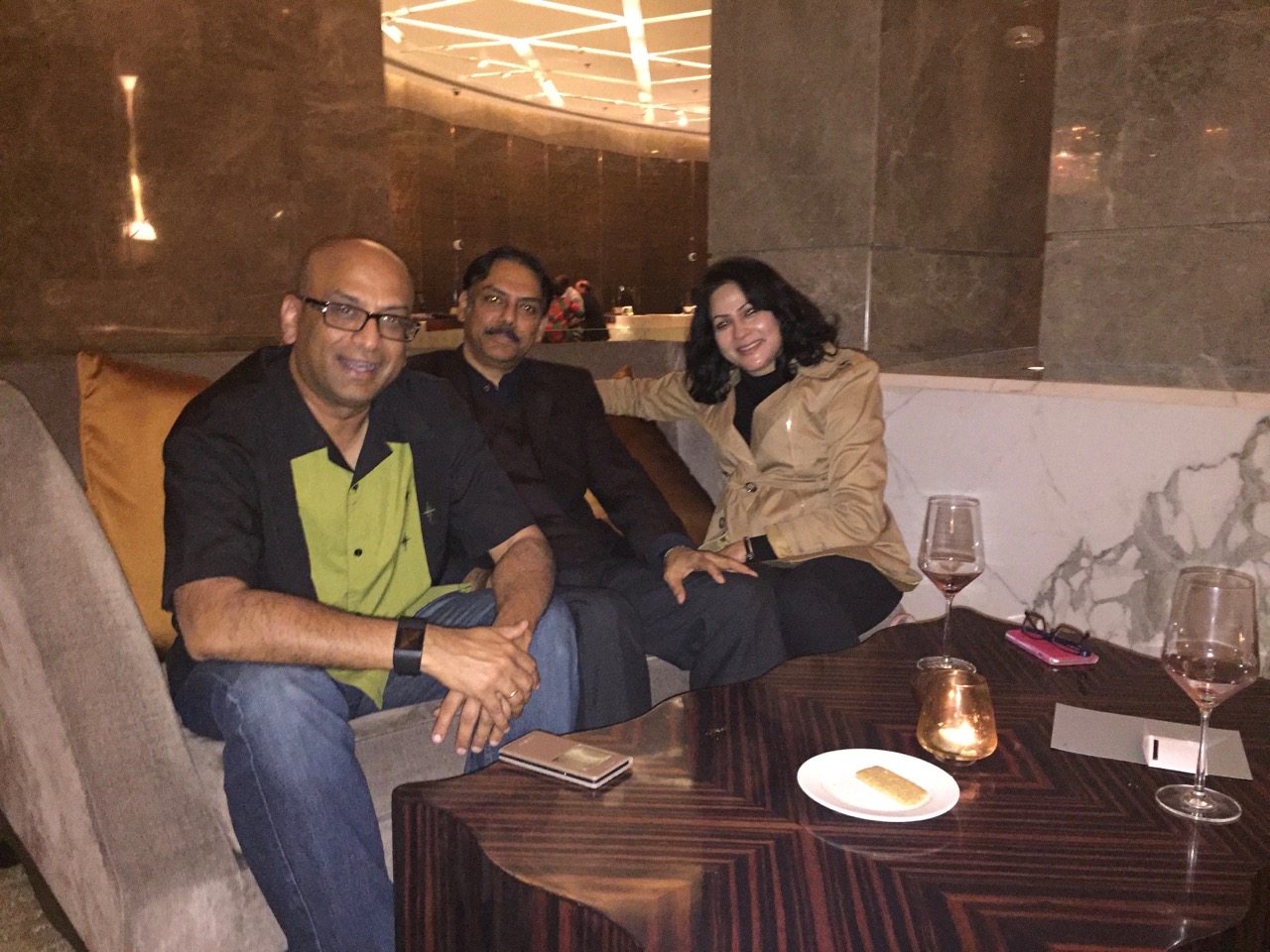