That movie star looking guy pacing up and down the corridor….

The lasting memory I have of Happy Ghosh is way back in 1985, when he was pacing up and down the corridors of Gouranga Bhavan – the dorm that we were in, in our residential school with a book in his hand (organic chemistry, no doubt) cramming for the exams. You know how I remember that? Because I was doing the same and I was pacing along a cross corridor. Both of us learnt an important lesson that day – long before you were warned about texting and driving, there should have been a similar warning of potential crashing if you read and walk at the same time – especially with the book held up to your nose steeped in fear of the looming exams. To this day, I have not yet figured out why some of us used to pace in the corridors while cramming. It is not like we were made to wear Fitbits or anything like that in that strict disciplined school 🙂

The other memory I have of Happy is his hair. Unlike pacing up and down, which of course, both of us did, the topic of hair is something on which we totally differed. I could not care less about my hair. If I could comb it once a day, I would have been ahead of my game. For the curious – yes, I used to have a headful of very thick hair at one point of time. I recognize it is difficult to visualize now. In my defense, I don’t walk up and down the corridor cramming with a book in my hand either 🙂 Happy, on the other hand, used to take exquisite care of his hair. He kept it long enough that he could curl it at the end just so – following the style of a famous movie star in India – but all the while not crossing the boundaries of what our school rules would allow.

Around 1987, I had a short meeting with Happy again in his engineering college when I ran into him while visiting another junior student. Who, as it turns out, eventually became my brother in law (Sharmila’s brother). Well, there is no mystery in those turn of events. I know exactly what I did 🙂

And then jump forward 30 years. A few days back while having a great time with my parents at the resort outside Kolkata basking in the sun by the pool, his wife – Paramita – who had recognized me – had walked up to me and introduced herself. I promised her that I will come and visit the whole family during this trip.

Evening before last, m dinner with brother’s family at the ITC restaurant (this part of my visits – having dinner with my nephews at a city restaurant of their choice is a near-religion for me) went very late. It was quarter to eleven at night when we were done. But Happy insisted that I come and spend some time with him. Justifiably, I was a little worried.

I really had nothing to worry about. Moment I walked in, we hit it off immediately. We, of course, talked a lot about our school and our progress in life in the interim. By the way, his is the first house I have seen so far in India with a very well designed bar stocked up nicely with a quite a stack of bottles of red wine. If you find me more often at his house, you know which corner to find me!

I spent some more time with his shy daughter – Amrita. And closed the loop with his wife Paramita about the mutual friends we seemed to have on FB that I found out later that day after I met her.

As great a get together as that was, I paid one price for showing up late… Happy’s mom had gone off to sleep. I missed meeting her this trip. Hopefully, we will fix that problem in a later trip. 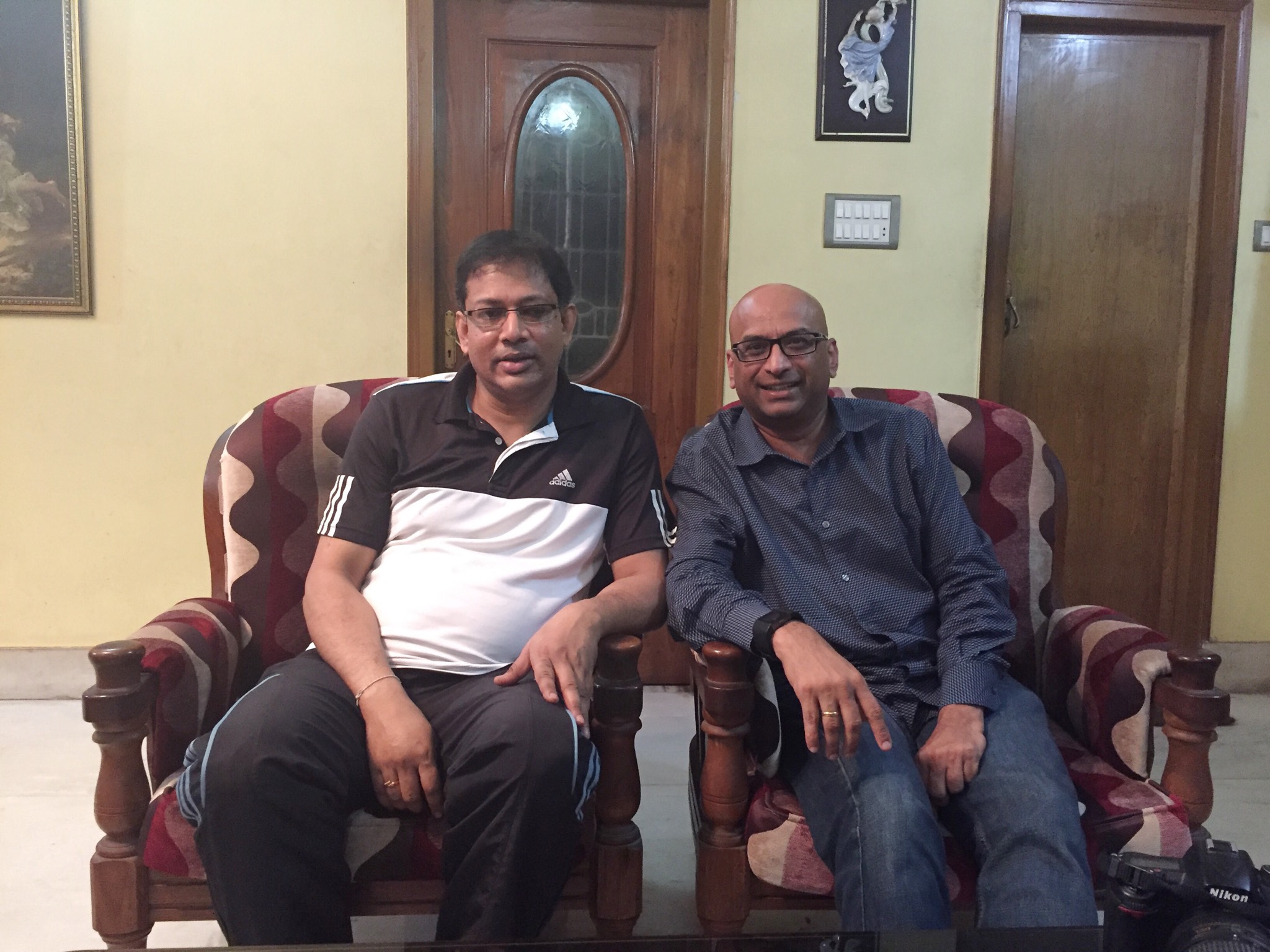