Having wrapped up all the intersection points in Bengal for this time, my brother and I were cruising down Kalyani Expressway when I came to a familiar intersection. For a person who likes to plan and organize everything, I started furtively glancing at he watch … “Could I? Should I?”. I had twenty minutes…tops thirty, I reckoned.

Decide to give it a shot. “In a minute, you will see a tall red building called Godhuli to our right. We are going to stop there for a few minutes”, I told my brother. That is how I landed up in the old age home that my friend’s father stays in.

I have visited him couple of times before and I had made a lot of friends with very elderly people who would flock around me to hear stories about the USA. Many of them were in old age homes because of the precise reason that their sons and daughters all live in the USA. Some would even excitedly tell me about their visit to America. Stopped by for a few minutes to say Hi to them.

Mr. Lodh looked healthy physically but clearly his mental faculties including memory is not getting any sharper. He did remember that I had visited him before but beyond that he could not recollect much.

Spent about twenty minutes with him enquiring about how he was doing and talking about his son (my friend) and his grand kids in Atlanta as he soaked in the winter sun sitting outside.

I told him eventually that I had a flight to catch. “Thik aachhey. Jao ekhon. Abaar eso kintu. Erokom katha boltey paarley bhalo laagey”. (Ok. Go now. But come back again. It feels good to talk like this).

The last few words kept ringing in my ears as I got back into the car. Why was I even debating whether to stop for a few minutes or not? What was I thinking? There was never a question to begin with…. If I can’t give my time to elderly people like him, I need to recheck my priorities on how I spend time… 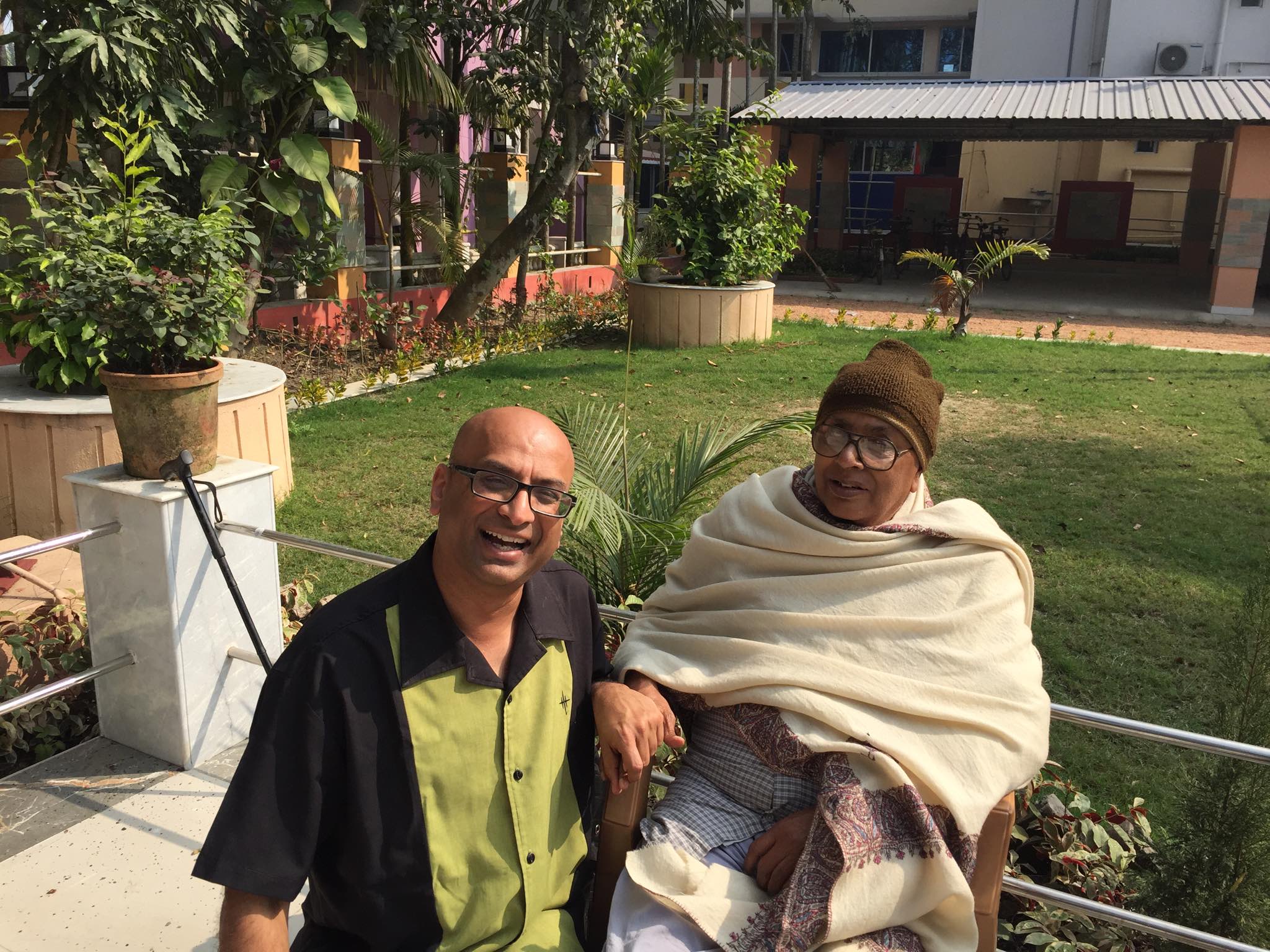