See, these things do really happen to me!!

As I mentioned in a previous post, I had settled down at the ITC bar with my brother for an hour of gap time last evening. I walked in and asked if Ranjan and Mathew still worked there. I was told that they indeed were still in the hotel but had moved to other departments away from the bar. But they would call them up to come and visit me.

I started chatting with my brother and I believe I got distracted by a message or a call on my phone. I was looking at my phone when I felt that somebody had walked in right behind me. I was expecting it to be Ranjan but I did not lift my head up just in case it was actually some other customer simply going around me to the door.

But there was the hand on my shoulder and I looked up. It was not Ranjan or Mathew though. But it was somebody I knew. It was somebody I had worked with twenty years back in Dallas. He is not even a Bengali. Therefore, for the life of me I could not understand what was he doing in Kolkata.

“Rajasekhar Mallipeddi? What are you doing here?”

Turns out this was his first time … in fact first day in Kolkata. He was there on work. Apparently, when he landed in Kolkata airport, he even imagined running into me – since he was aware from my FB posts that I was in India. But here is the thing – I am usually never in Kolkata. I am in Kalyani or Durgapur. There is a bridge on the river Ganges that has broken down which has made any trip between Kalyani and Durgapur more onerous since I have to go thru Kolkata now – adding a couple of hours to the trip easily. Instead, I had decided to stop over in Kolkata for the night.

And as I said, this was his first in Kolkata in his whole life. Fancy meeting somebody I had worked with two decades back and who still lives in Dallas – a city I left a decade back – in a bar in Kolkata – half a world away!! Even he admitted – “Now, I believe that these kind of things do actually happen to you” 🙂

The three of us had a good time for half an hour generally catching up on our life and family and my brother giving some pointers on restaurants to try in Kolkata since Rajasekhar is a big foodie!! 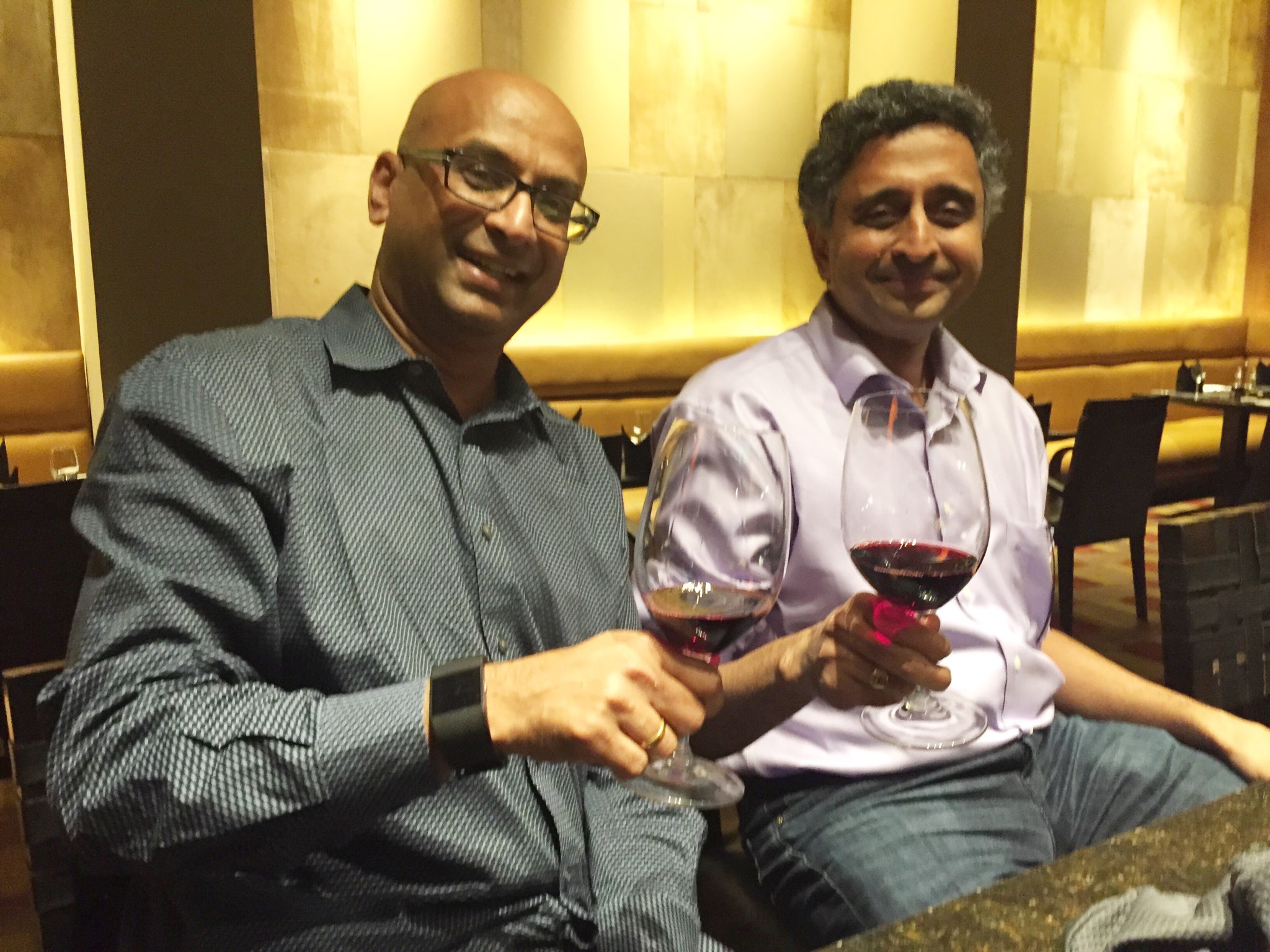