As the car got off the highway and took a right turn into the dusty dirt road along the canal, I knew that either I was going to be terribly frustrated or another one of those multi-decade long searches was going to come to a successful end. If I had the right village name and if it was an unique name in Google maps, I was on the right path. The good news of Indian villages is that I can be within three villages’ distance from the right village and by asking about a “Nilu Mondol” and some vague history and I would still be able to find that person. On the other hand, if I was one more village away than that, I might as well have asked for a John Smith in an Indian village and I would have gotten the same stares.

Last time I played with Ranjit (“we called him Nilu”) was somewhere in 1979 or so. I think December of that year because after that we shifted to a different residence. After Moniruddin (who if you recollect, I managed to nail down at his home after a four decade long search), he was the guy I played with most. We spent a lot of time in each other’s house and his mom used to take care of all the young kids in the neighborhood whenever we needed some help.

There is a rather embarrassing incident that is seared in my mind. One of those days when I was playing, I had a big fight with Nilu. And let’s just say that I might have or might not have hit him with a stone. My ever helpful sister quickly ratted me out. My mom gave me a choice – I could either stay out and go hungry that day or walk up to Nilu’s house and say sorry to him in front of his parents.

You will be amazed how all those deep resolves of a eight year old to not heed to his parents can quickly melt away when it becomes lunch time!!

As the car winded down the dirt road, we asked the first tea stall if there was a “Nilu Mondol” nearby. I knew I had hit pay dirt when he asked us to keep going till the village came to an end. Which is what we were doing, when I thought I recognized somebody by the wayside on his bike.

“Ei, tui Nilu na?”. (“Hey, are you not Nilu?”), I asked rolling down the window of the car. A few minutes of confusion and elation later, we sorted it out. That was indeed the friend of mine who I had to march up to say sorry so many years earlier and he was coming back from the fields where he farms.

“Manju-didimonir chheley to?”. He reconfirmed that I was “Manju”-madam’s son. That being my mother. I had forgotten that he was her student in elementary school.

I had a whale of a time catching up with Nilu and his parents (who you can see in the picture). Nilu’s life took him in very different ways than most of the rest of my friends. While most of us started from some small village, moved to a small town (thanks to our parents) and then individually moved on to bigger cities, Nilu moved back to his village with his parents and went back to tilling the land.

You can see from the picture on the top how much fun I had him and his parents!!! And yes, I reminded him of that hitting him with the stone too!!!

Moments like these make me feel so incredibly blessed!!! 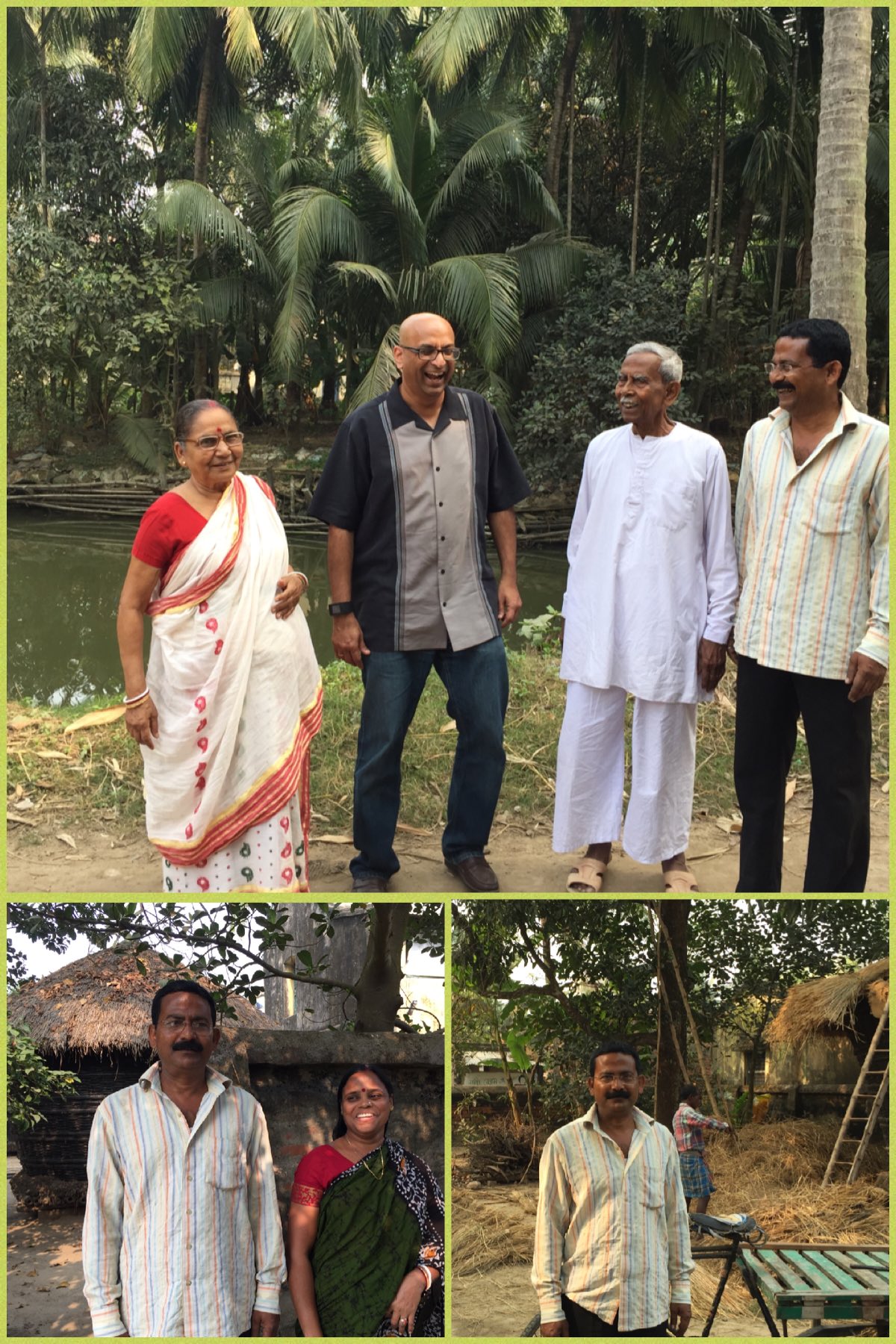