Departure pushed out by an hour

Just when I was getting ready to leave Durgapur, word came in that a cousin of mine – Arindam – had come to Durgapur the previous night. As I was explaining to my nephews later, it is somewhat of a complicated connection. This cousin is my grandmother’s brother’s grandson (dad’s mom’s brother’s son’s son). I am not too sure whether that makes him once removed or twice removed or way too removed.

In any case, long time back when Sharmila and I had gotten married and we were transiting thru Delhi, he had come and met us. He works for the Indian Air Force and was posted there then. Very recently, he himself got married. And he was in Durgapur with his wife. Figured it would be an appropriate return of favor.

So I woke him up in the morning and asked him and his wife – Priti – to get ready quickly and come and join me for breakfast. Which they did. My brother’s family also was there with me – so it was a great family get together.

Just to tease Priti, I asked her what did she not like about Arindam. “He is very disorganized”, she said. I was kind of waiting for a long list and was momentarily surprised by the shortness of the list. Then I realized that they have been just married and I should give them some more time 🙂 🙂 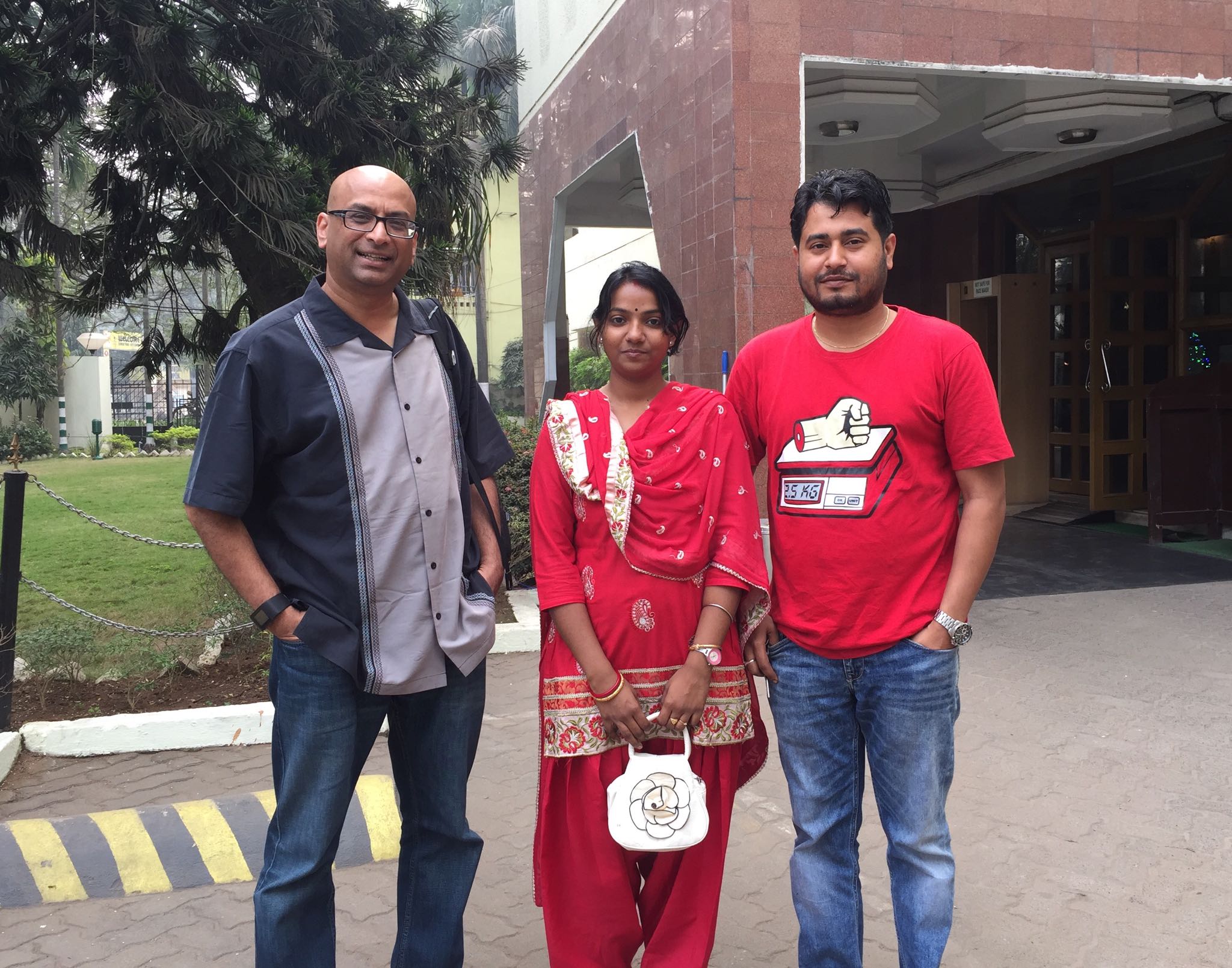