Catching up with two Ranjan and Matthew

Last evening, after meeting Mrs. Bose, my brother and I had about an hour in our hand before we were going to join his family for dinner. We went to the bar at ITC hotel to have a couple of glasses of wine and have some one on one brother time.

And of course, meet a couple of old friends that I had met at the bar last time I was there – probably a couple of years back. I had kept in touch with both Ranjan and Matthew ever since. We missed Anzee though.

It is always exhilarating to me to come back and catch up with folks who were complete strangers and then became friends just because our paths crossed coincidentally. Of course, that and my much-maigned-by-daughters habit of making friends with as many strangers as I can!! 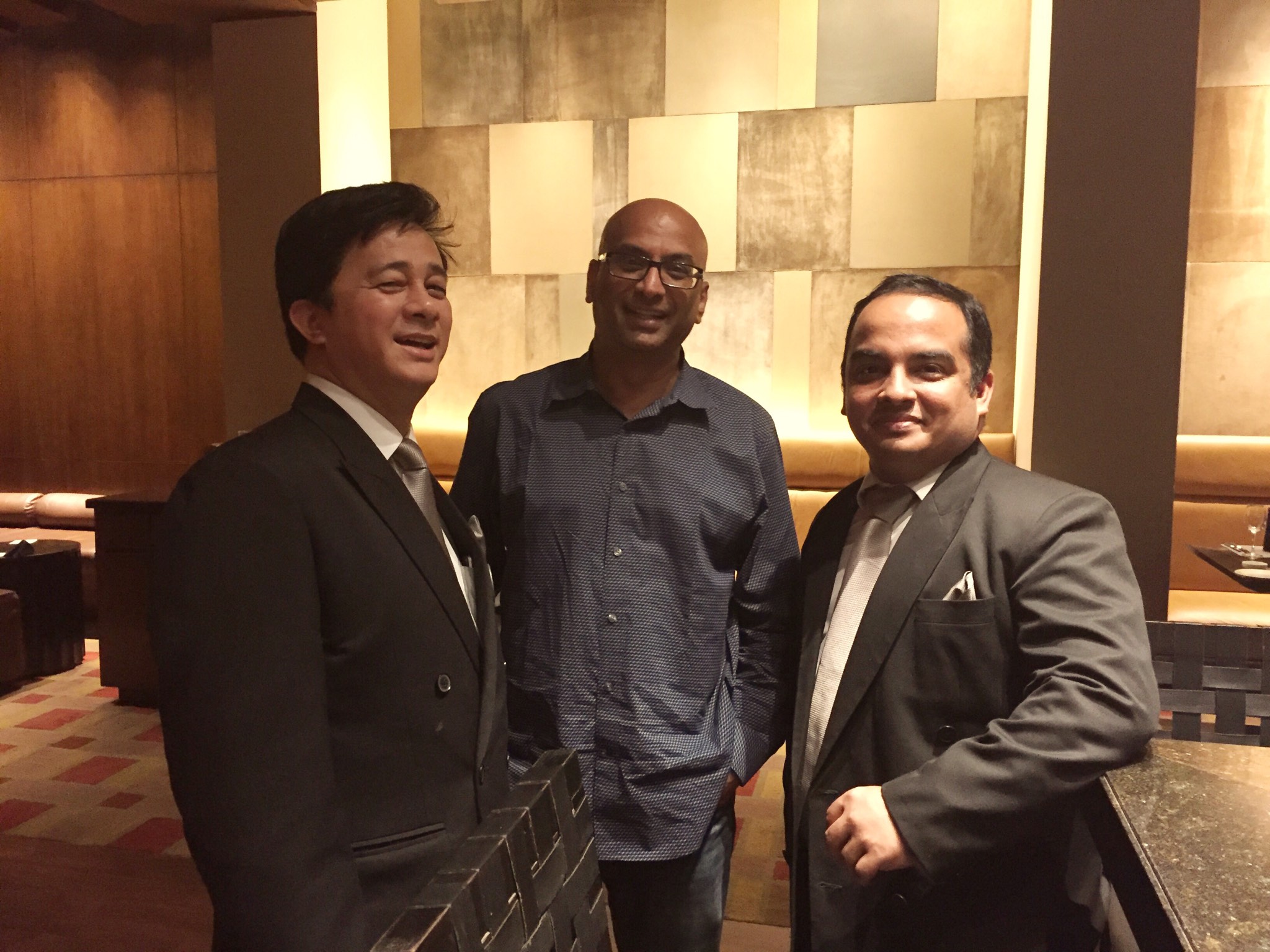