Strictly speaking, “PKM” was never my teacher in any class. He was the Physics professor in RE College and his fame as a teacher was pretty well known. I had approached him during my summer vacation in eleventh grade when I was home from my residential school with a couple of Resnick Halliday problems. I remember him taking me under his wings and had asked me to come a couple of times in the week at 3 PM.

I do not recollect the exact days of the weeks but I remember that he wanted me to come when there were no other students (I guess 3PM on a Durgapur summer day can be oppressively hot) and we used to sit down and keeping working on Physics problems. He was one of the first guys I had called up after the results of my final exams a year later were announced.

I also remember one more incident when I had gone to his college to greet him in 1986. He was leaving to take a class and just asked me to join him. So, there I was – following him into his class and then sat with the rest of the students. He finished the whole session as if there was nothing awry. And it was totally a practical joke he had played. Because half the students in the class were my classmates from tenth and twelfth grades. They were way too surprised to see me in the class and very curious to find out what had happened but dared not do anything lest “PKM” Sir got mad!!

At the end of the class, he took me back to his office and we caught up. But not before he laughed out and “Kirokom dilam bol” 🙂 🙂

I had made an attempt before to meet him. But he was visiting his daughter – and a friend of mine Anushree-di – in USA. I gave it another shot today. Fortunately, I was able to see him in his house today. We caught up on a lot of things including old Resnick Halliday problems!! I even reminded him of a billiards ball problem in rotational momentum that had taken us three days to crack and till date, I remember the answer to that problem – 5h/7. Don’t remember the full problem though. 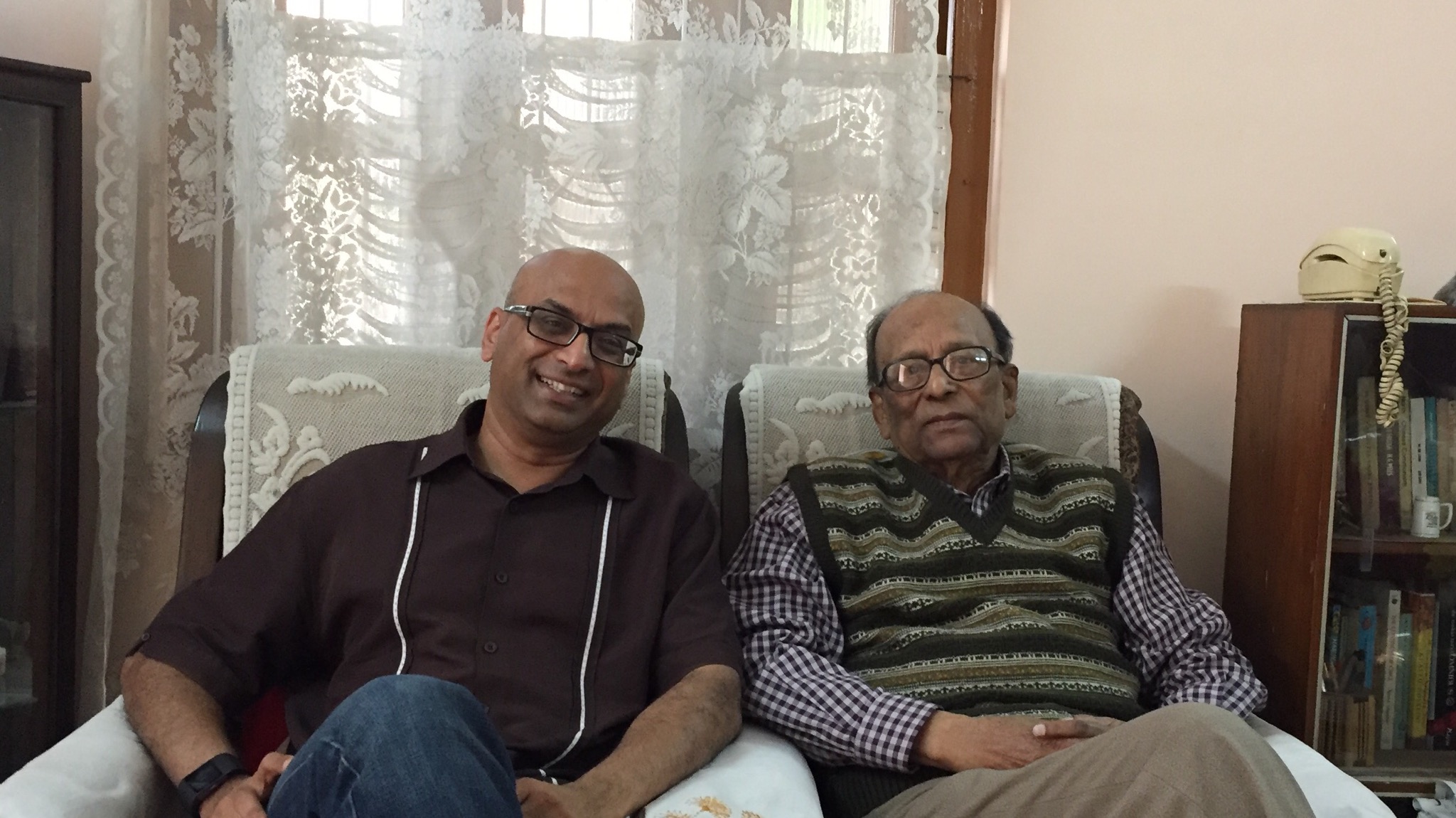