All in a day’s run

The first run of the year was an adventure unto itself.

First we ran to Baisakhi’s house. We reached at 8AM after a two mile run and then instead of climbing up 3 floors, we just started yelling out her name from below. Eventually, a groggy eyed Baisakhi emerged in the balcony and we wished her a full throated Happy New Year. A minute of talking loudly later, we went off running in our merry way. I am pretty sure she woke up later in the day wondering whether it was just a bad dream 🙂

Then we ran for one more mile to my inlaws’ place and wished them a very Happy New Year and had our familiar tussle with my mother in law who insisted that we come in and eat something and we just refusing to go in while we were sweating. Instead, a minute later we kept on with our running routine.

After two more miles, we reached our familiar spot – a particular bus stop. Not that we were contemplating on taking a bus back (for one thing, we were very close to our starting point) – but it was the favorite tea stall we had there. Sat down and had two “bhnars” (clay cup) worth of tea and then just walked back home. We even taught “chaa-yer maasi” (the old lady making tea) how to take a picture of the two brothers sweating profusely from the join effect of running and hot tea!! 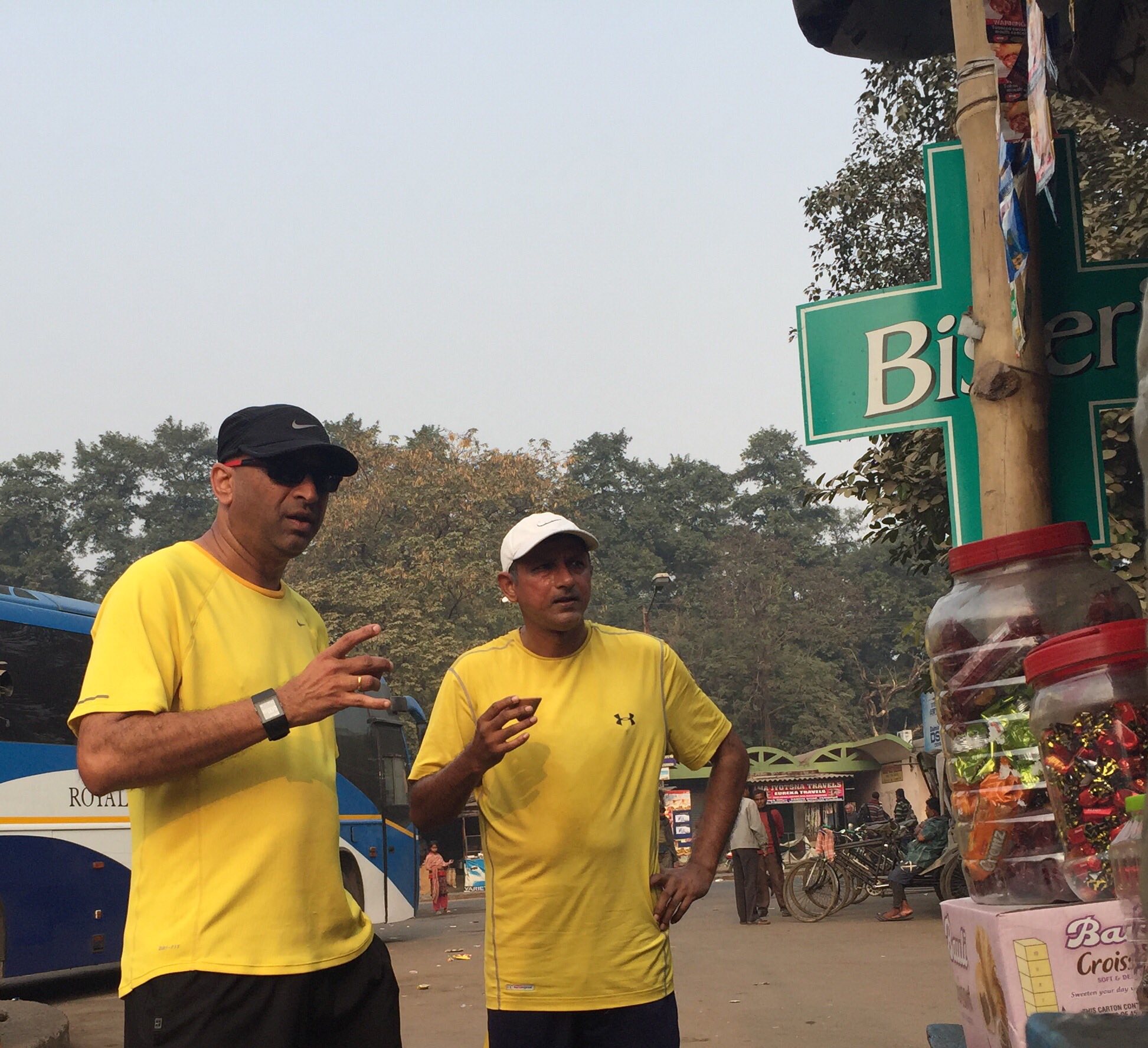