That was a memorable few hours!!

Dad not only made it to the resort, he even has had a great time so far. After checking in, we all sat down by the lawn with a lot of tea. He started predictably with the standard questions like “Who owns this place?”, “How much money was spent in building the property”, “How much money are you spending on this trip”… and so on.

But a few minutes later, he warmed up and started chatting with all of us. After about an hour or so, the three siblings of us were getting worried if he was feeling too tired. We offered to have lunch sent to his room. But he decided to walk with us to the restaurant which was a little way away – for him. He walks for about fifteen minutes in the evening every day and then literally spends the rest of the day lying in the bed.

After lunch, one of the staff of this place offered to get him a wheelchair. What was very startling was that he summarily dismissed the suggestion and then slowly and painfully started the long walk to the room which was about two hundred yards away. You can see from the picture that the walk was not easy but he would have it no other way.

Around the time he reached the pool, he was exhausted. He just sat there with my mom and started chatting with her. I started shooting hoops with my nephews, niece and my brother nearby. After about an hour more, he finally walked to the room with us.

He had arrived at 1. Finally he went to his room at 5:30. This, for a person, who is always in his bed but for half an hour so.

Even he himself remarked that he was surprised that after the long journey, he had stayed out for such a long time and yet he was not feeling much tired. Then he turned to my niece and said “See, you were telling me not to come. It is a good thing I did not listen to you and instead came here.”.

Some of us had to hold our niece back from hurtling herself at my dad!!! 🙂 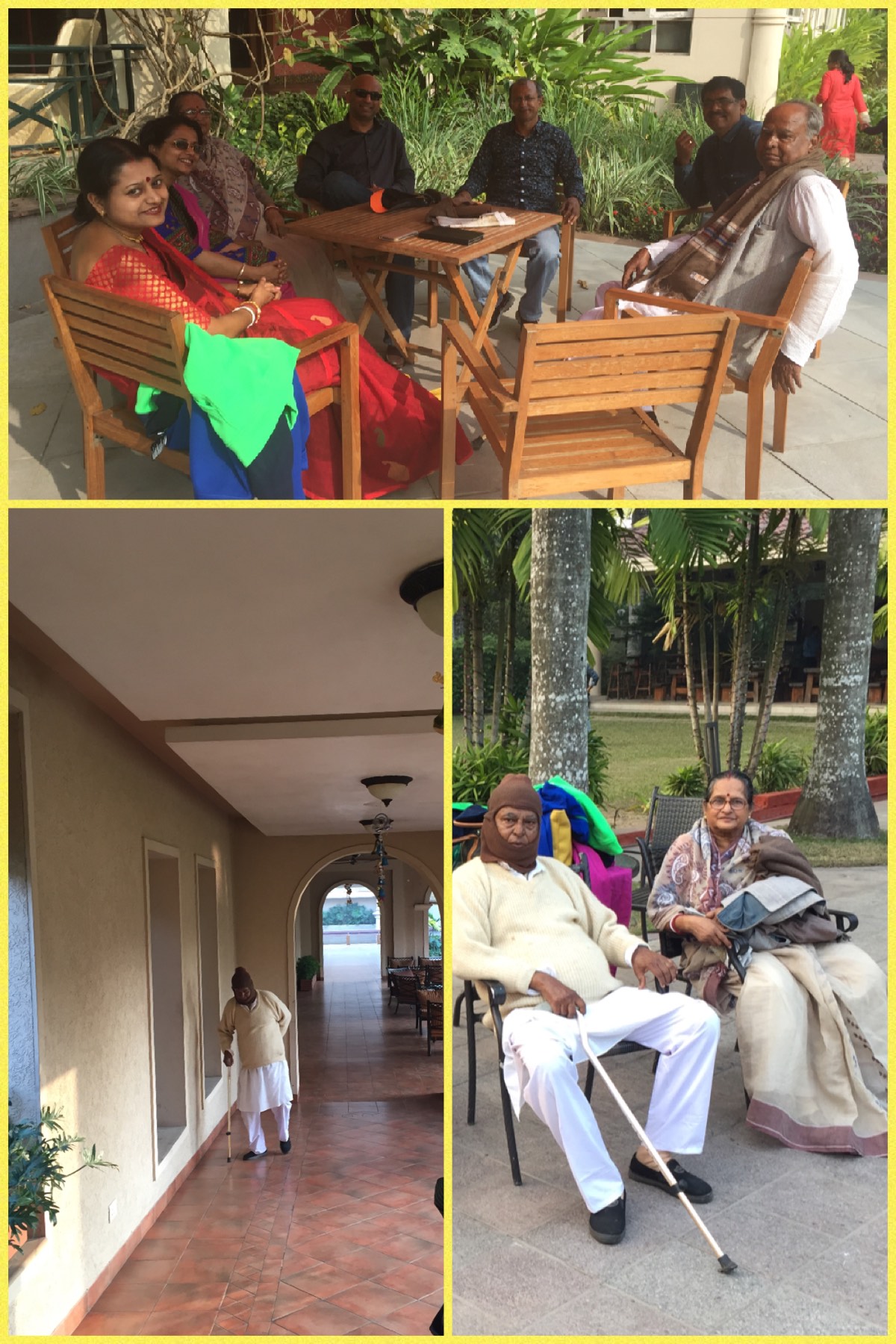