‘Tis the season to be jolly..

This is one hilarious family!!!
Last night, it was pretty late by the time I came home from Milwaukee. I had a quick dinner and went off to sleep.

Early this morning, I woke up and was making coffee for the family when I noticed what the two daughters have been up to! In one of those rare moments of sisterly collaboration, Natasha – who is home from New York – and Nikita have put some some Christmas wish lists on the refrigerator. I wish I could say there was no selfish desire behind this.

What is really funny is the content in the lists… Looks like Natasha wants some colorful pens (that is sooooo me) and a few books. It also says – “any one book” lest we thought she is crazy thinking she wants more than one book. And get this – permission to dye her hair!! An 18 year old asking for permission??? I must have done something right!!

Niki – spoken like Niki – went straight to the point – money! And another dog!! And no Saturday math!!! And if she got all that, she was down with some world peace and all that mundane stuff!!!

Sharmila, no doubt, worn by a whole day of the two sisters under the same roof just wants peace and serenity. To which one of them wrote “No promises”!!

And finally dad had a clean slate, till somebody – and I am going to go out on a limb and suggest Nikita – wrote down her impression of daddy really wants – get this – “Facebook Likes” apparently!!!

Somewhere Zuckerberg must be high fiving himself!!! 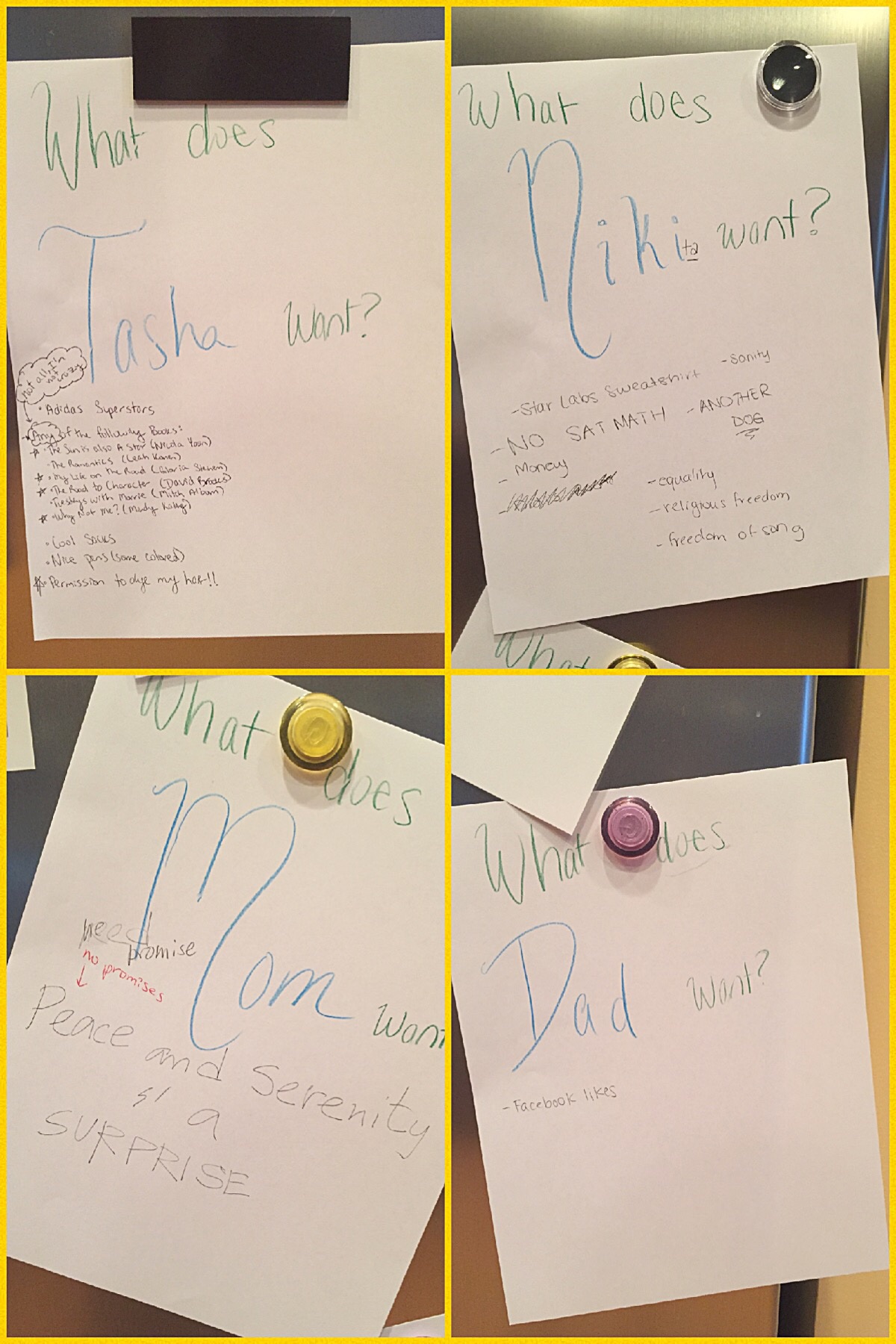