That was a very interesting start to the morning

For the last few days, we have been having cold temperatures befitting winter in Atlanta – like near zero temperatures early in the morning. This morning, the forecast was for balmy mid sixty temperatures. Not trusting the weatherman, I put on two layers and went for the run.

When I pulled up at the trail and got out of the car, I was hit with two surprises. First how warm it was. Had to quickly shed one layer. I still had full sleeves on. I felt way overdressed. And that was the second surprise. Overdressed compared to whom? As you can see in the picture, there was no other car. 7:30 in the morning. Warm winter day. That was a very very surprising sight to see no one else out there.

My biggest fear was that the trail might be flooded and all the early runners had gone off somewhere else. By the time the Chalupa runners – Samaresh, Paroma, Mrinalda, Seemitadi and Sudipto showed up at 8am, I had put in a couple of miles already and had not encountered any problems on the trail. Then, with the group, I finished another five. At the end, when I was going to take a picture of the group, I could see the dark clouds gathering quickly behind. You can get a glimpse of it in the picture.

Just as we were all jumping into our cars to go for coffee, the high winds and rains started. Which created an existential dilemma for me – Starbucks or rains? Eventually, bailed out on my teammates who headed out for coffee and went back to run in the rain. About a mile and a half later, the rains stopped.

Thoroughly drenched, as you can see in the picture, I took a few minutes rest and then changed into that extra set of clothes I had. Boy, was it a good idea to take two layers or what? It always pays to not believe the weatherman!!!

On the other hand, nobody needed a Starbucks at that moment more than I did 🙂 And finally, I am now 12 miles away from getting to the 1000 mile mark for the year…. 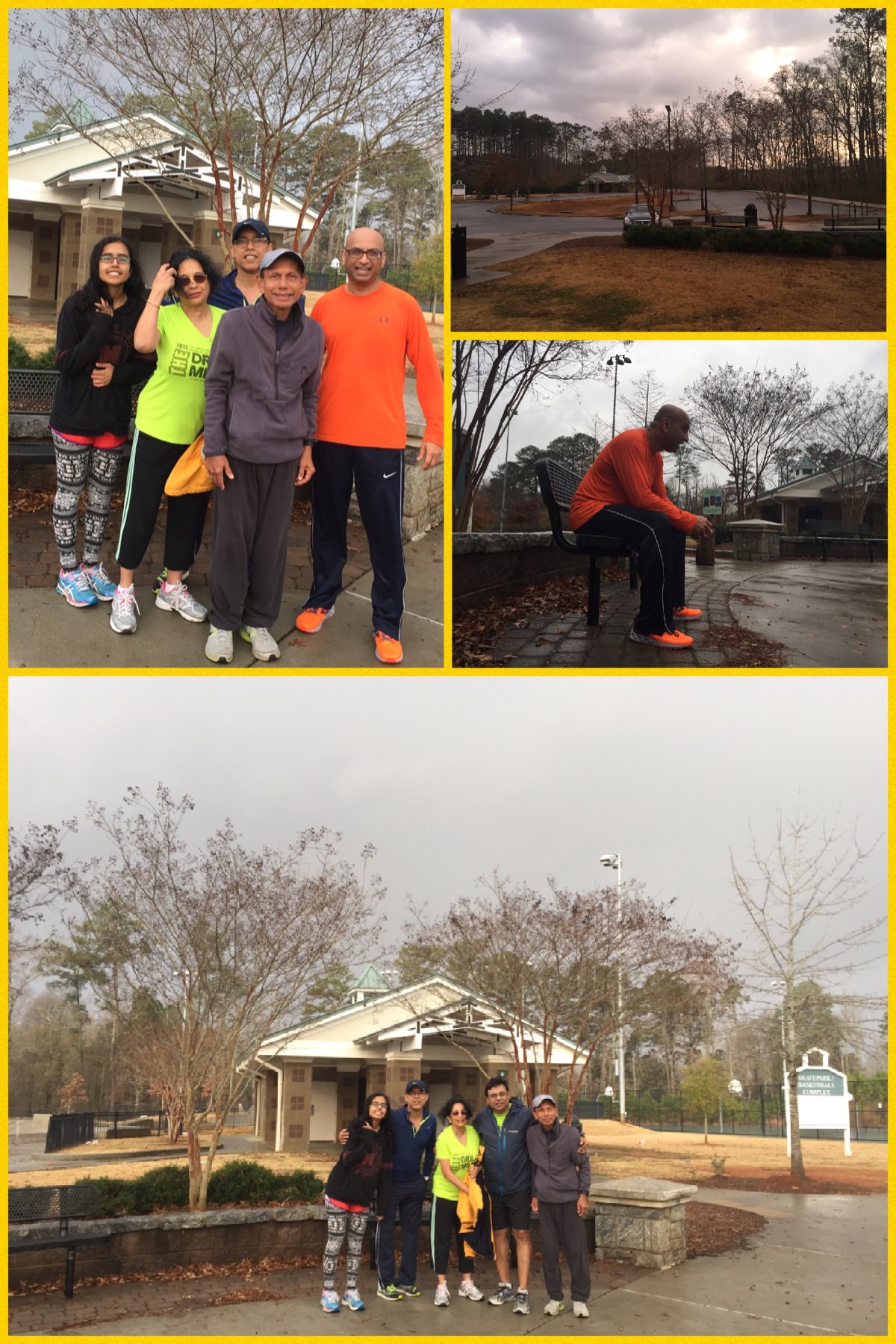