The gentleman who influenced me deeply…

I had just finished my evening stretches and was glancing thru my FB status updates when a particular one stopped me right in my tracks. It was an update from my best friend from school days – Avijit Bose. He had posted a picture of his dad who left us three years to the day. There was a heartfelt message Avijit had written that moved me no end.

Avijit being my best friend, many a morning, afternoon and evening was spent in each other’s houses. As two young kids, we could not be any more different. Be it in sports, popularity with boys and girls of that age or general street smartness, he was head and heels above me. I was the nerd of the two of us but I held my ground on the basis of my school grades. Or so I would like to believe.

And that is an important point because Mr. Bose used to always highlight my grades and ask me to encourage my friend to study. I used to be like – “Are you kidding me, kaku? He is doing fine. Now, can you ask him to teach me how he makes everybody laugh?”. Avijit was and still is one of the funniest guys around. I was and still am awkward as hell. But I was and still am inspired by his sense of humor.

I was treated as nothing short of their own son by Mr. and Mrs. Bose. They took me to their relatives’ places when they used to visit them during vacation times. I got to know Avijit’s extended family and wherever it was, Mr. Bose would check on me ever so often to make sure I was feeling at home.

Now, as awkward as I was, there was one thing that attracted me from a very early age and that was Indian music. Specially classical. Mr. Bose was an accomplished flute player. I could sit endlessly listening to him play the flute. Avijit – who was a great tabla player – would sometimes play with him. There was this incident where both of them were invited artists to a program and got onto the stage to play. Uncle saw me sitting in the crowd and I am not sure what overtook him, but he called me to the stage over the public address system and asked me sit next to him and play an instrument. Now, that instrument did not need much playing – I simply had to hold on to a couple of notes. But I felt very proud of myself that was on the stage for a public performance.

Much later did I truly understand how great it was of him to realize what such a gesture would mean to me. For the record, that instrument could also be put in a auto play mode!!

There are many many such small incidents of he always being very nice to me. Above all, he treated me as a family member. There were many things Avijit was not allowed to do… except when I was going to be with him too! He put an incredibly blind faith in me.

Mr. Bose was also a chain smoker. The constant flute playing and the smoking finally did him in. Three years to this day.

When I saw my friend’s post, an immediate pang of realization shot through me … and that is of all those missed chances to say Thank you to Mr. Bose. Of late, I have made it my life’s mission to meet as many of those elderly gentlemen and ladies in India who touched my life in so many ways. For all that I still realize a harsh reality for myself…. So much is owed. So little gratitude has been shown…

Mr. Bose, thank you for being a part of my life. In many ways, today, I am who I am because of how you influenced me. I just want you to know that in so many ways you influenced me that I believe you still live thru me… 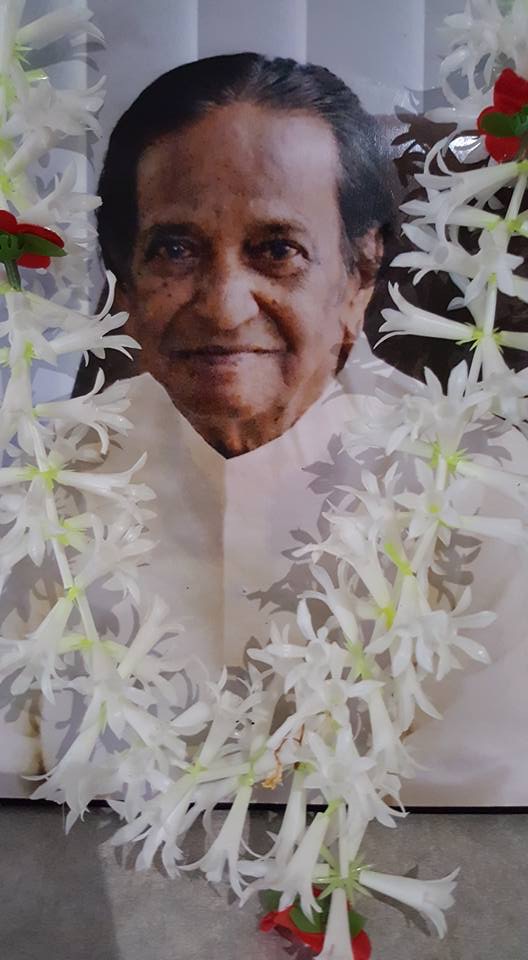