From the bartender’s corner – The Beauty Beneath

I had heard about this drink a few weeks back from the lady behind the bar at Indigo (newly opened in Alpharetta and certainly one of the more knowledgeable folks behind a bar) but never had a chance to look it up. The reason the lady had asked me to try it was I had told her that I like bitter drinks but not as bitter as – say, a Negroni.

Today I researched it up. This is a pretty new drink. It was first concocted by the well known mixologist Jeffrey Morgenthaler from Oregon in 2008. I have seen him at Clyde Common bar in Portland. However, when I researched his resume, it would appear that he came up with this drink when he was at Bel Ami bar in Eugene.

The drink itself has Anejo Rum (I wish Vikram Das was here this evening – not too many people enjoy rum drinks that do not have a fruit base as he does), Sweet Vermouth, Triple Sec, Campari and Angostura Bitters. I was expecting it to be a little sweet given the ingredients. But half an ounce of Campari and a dash of bitters was enough to overpower the sweetness from the three ounces of rum, sweet vermouth and triple sec. It was a little unique and confusing sensation since the nose was detecting the richness of sweet orange aroma – the triple sec, the garnish etc but the tongue clearly was left with the after taste of slight bitterness. 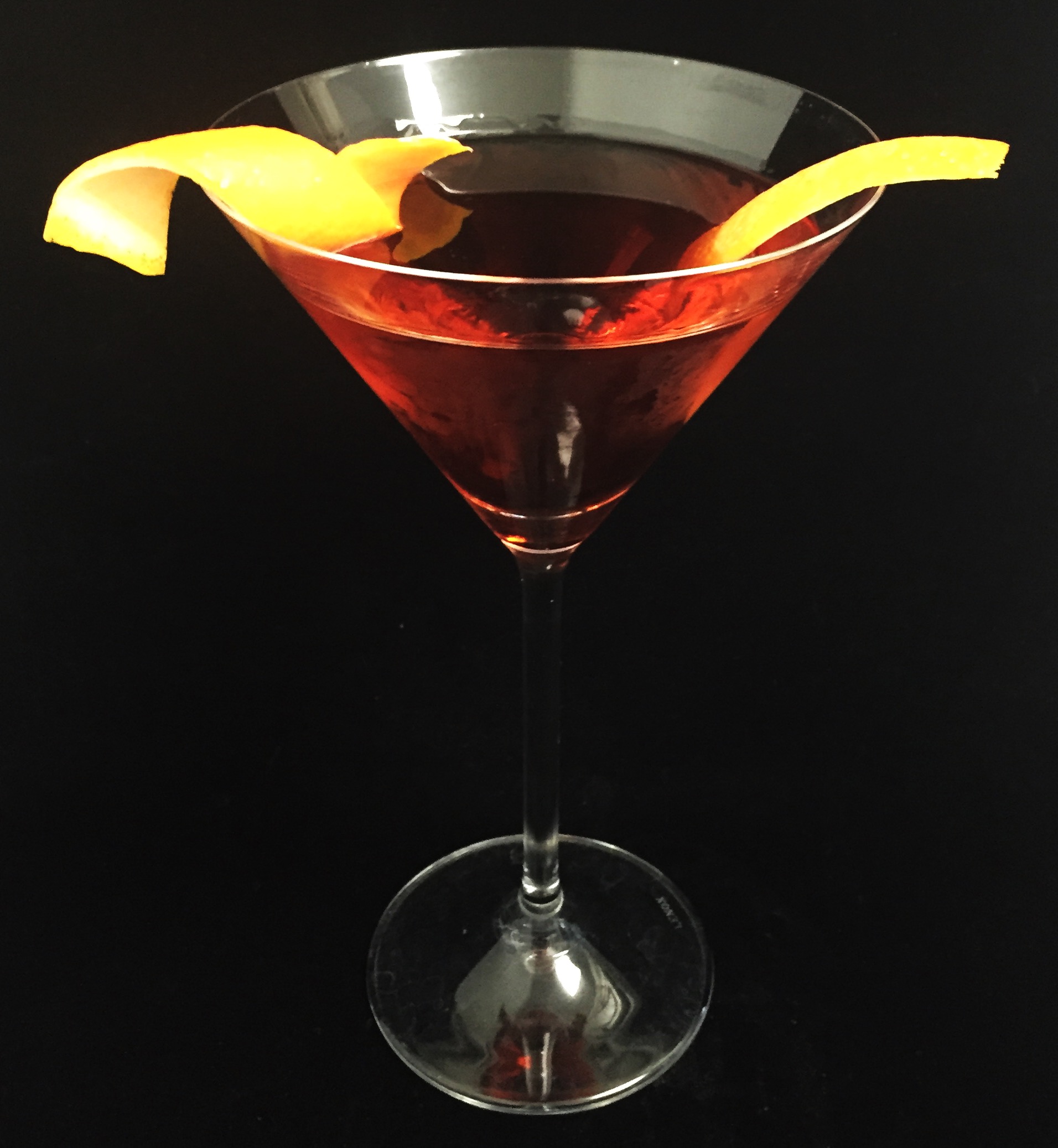