From the bartender’s corner – want to name this drink?

I had been struggling with the tamarind paste for quite some time. I must have tried at least four different cocktails and thrown them away after a couple of sips. The tamarind – being very sour – was very difficult to balance out. Finally, I managed to get to something that I liked. With some help from Sharmila.

The inspiration behind this drink goes back to very early days of childhood. On Saturdays, my parents used to be out for work and the three siblings were left home alone. I suspect I was in fifth or sixth grade that time. One of the favorite past times my sister and I had during those days was to make some concoction out of tamarind paste. It used to be inspired by “tetul lozenge” that you could buy for 10 paisa those days. Well, it was less of a lozenge and more of a ball of tamarind paste mixed with all sorts of yummy ingredients and then packed in a plastic wrapper. My sister and I had eventually mastered the art mixing tamarind with the right amount salt, sugar, lime and green chilli. And the three of us used to sit and enjoy it for some time. And somedays, when we did not get the mix right, we would still enjoy it – but with one eye closed – reeling from the tartness of the tamarind.

I was trying to create that taste I remember. I think I have finally managed to get there. The first trick was to get the right amount of tamarind paste – about the amount that you can pick with weighted bar spoon. Then I used brown sugar – two spoons of it. From previous experiments, I can tell you that white sugar did not work well and neither did simple syrup. Then I muddled it in a muddler after throwing some King’s Ginger Liquer (an ounce) of it. Again, Domaine de Canton ginger liqueur did not work so well. I have not tried fresh ginger but my sense is that it would overwhelm the smell.

Jalapenos did not work – it became too spicy. So, finally I settled for an ounce of UV’s Sriracha Vodka. I did throw in a small piece of green chilli before muddling. Finally, a couple of ounces of Vodka and quarter lime worth of squeezed juice. As an alternate, you can try lime infused vodkas. Topped it up with an ounce of soda water, stirred it well and poured it into a cocktail glass.

The taste was almost there but still no cigar. Got Sharmila to try it and she hit it right away – there needed to be a little salt to match the remnants of the sourness. But the challenge was that if I mixed salt in the cocktail – most any cocktail, perhaps with the exception of Bloody Marys – it would completely mess up the taste. So, I finally settled for a margarita style salt on the rim approach.

That worked out excellent. First the salt hitting the tongue and then the tarty liquid coming and diluting it in the mouth with the hint of sweetness and the aroma of chilli and lime made it a very complex but very satisfying experience. The only thing missing in this afternoon was my sister and brother to share it with.

I am going to try this next time with tequila and see if essentially a margarita like approach to tamarind works too.

Now, for the toughest part – what to name it? Would you volunteer to christen it? 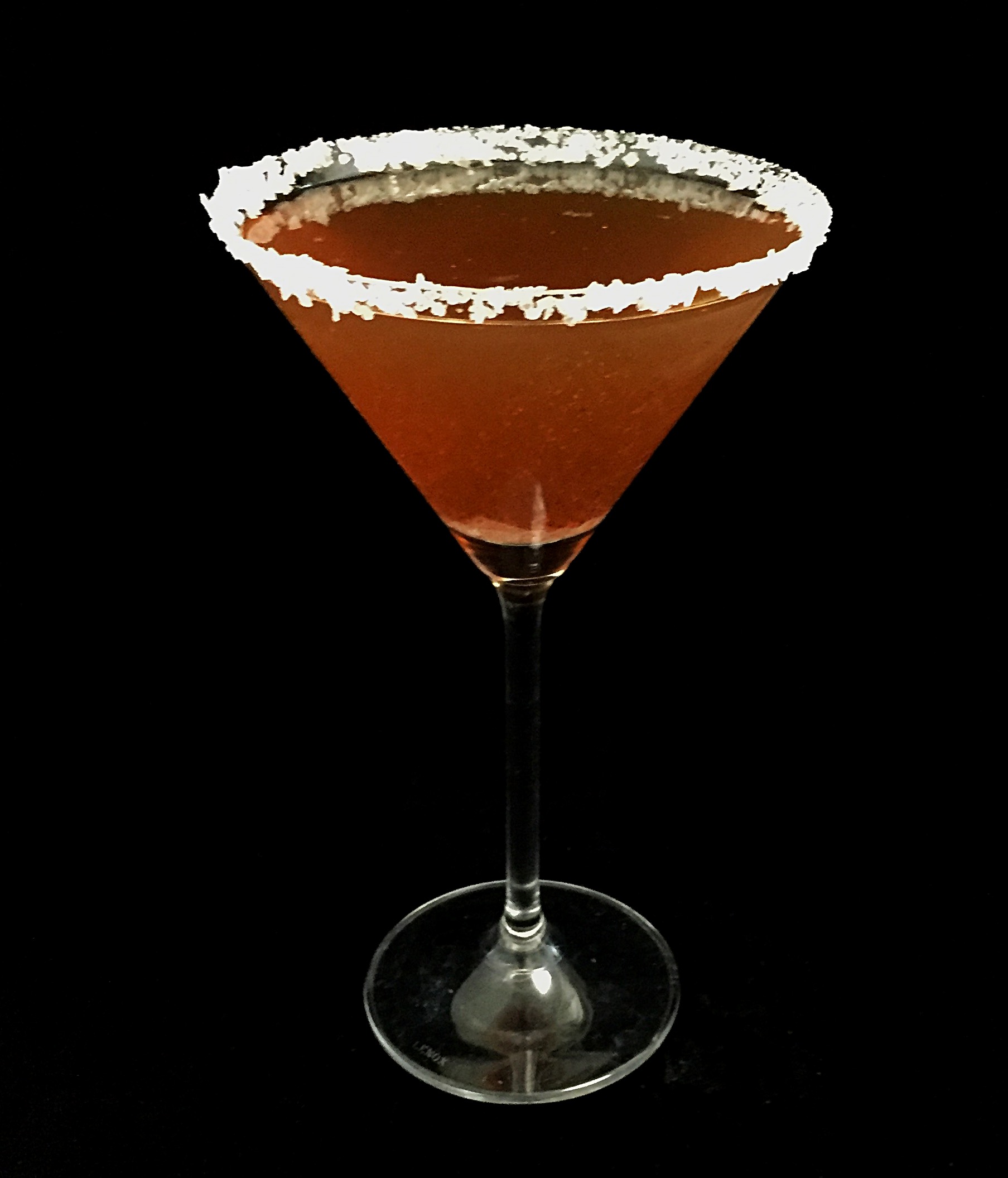