A sense of deja vu

After Natasha left, the three of the us went up to the Georgia mountains to have some wine and lunch. We had tried out quite a few spots before – so I chose a new place that I had never heard of before after researching in Google Maps. An hour later, as we pulled into the dirt parking lot, I thought there was one part of the winery building that reminded me of another winery.

As we walked in, I asked the lady if there was another winery in the area that had an outside patio structured exactly the way Kaya (name of the vineyard we were visting) had. She realized what was happening. She mentioned that what is Kaya today used to be Blackstock Winery before. There is a new owner, more area, more vineyards and wholly new constructed building.

That is when I realized that almost ten years back, when we were completely new to Atlanta – the same three of us – Sharmila, Nikita and myself had come visited Blackstock Winery with Frank and Laura (who were the prior owners of our house and with whom we became great friends till Frank passed away suddenly) and had enjoyed a glass of wine there. I remember the wine tasting place and had met the owner – I think David was his name.

In any case, it turns out that the new owner has completely redone the place – and has done a mighty great job – and reopened a few months back.

What a coincidence that to celebrate Sharmila’s birthday, we landed up accidentally at the same spot that we had come to celebrate moving to Atlanta ten years back! What is really funny – the spot Nikita chose today to settle down with her books as we checked out the whole place – there used to be a sofa there those days. And our entire trip there ten years back, Nikita – then barely three years old – had slept in that sofa. Exact same spot!! 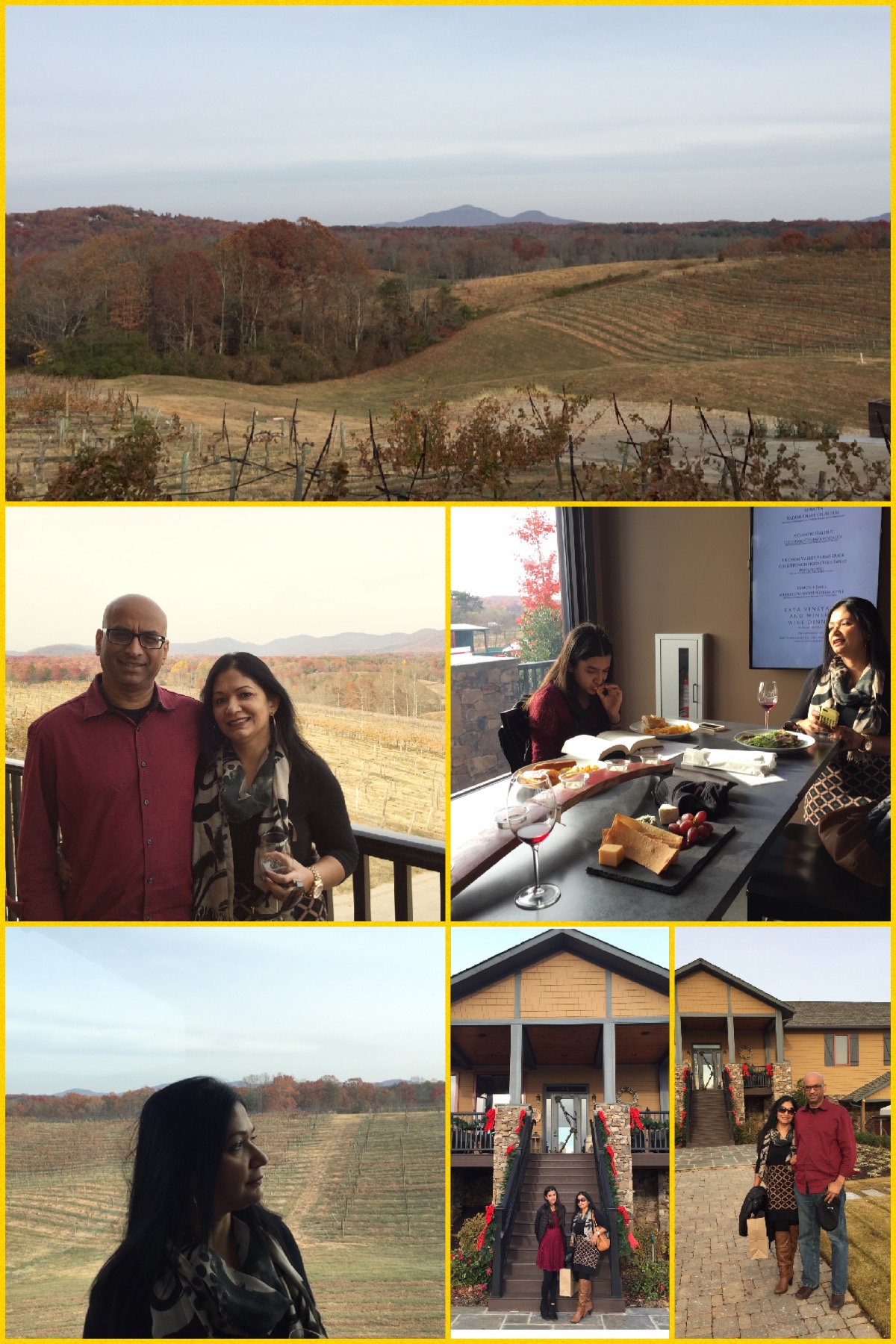