Another one from middle school!!!

It took me almost 33 years to trace this guy. I had last seen him in March, 1983. Running off to his dad who was waiting in his scooter after the last ICSE test. Turned out he had also moved to the USA like me – albeit a few states away. I found that out a few months back. Meeting him face to face did not take that long once we knew where we were. K Venkatesh was in Florida vacationing and dropped by Atlanta to visit some relatives. And that is how I picked him up from his relative’s house early this morning and went to the nearest Starbucks!

It was one of those amazing feelings you get when you meet somebody that you sat in the same room with (a few desks apart) day after day after day and then completely lost touch for over three decades. In fact, most of the time we tried to recollect those days that we were together – the common friends, the teachers, the school building. Unfortunately for me, I learnt that uncle (his dad) is no more – which means I will not get a chance to see him when I am in India. But I hope to see his mom who has now moved to Trivandrum (Thiruvanthapuram).

The most exciting part of this morning was finding out how he met his wife. That involved scaling some walls, getting caught by authorities and thrown out of campus hostels (dorms). I will let him tell the story to all of you some time!! 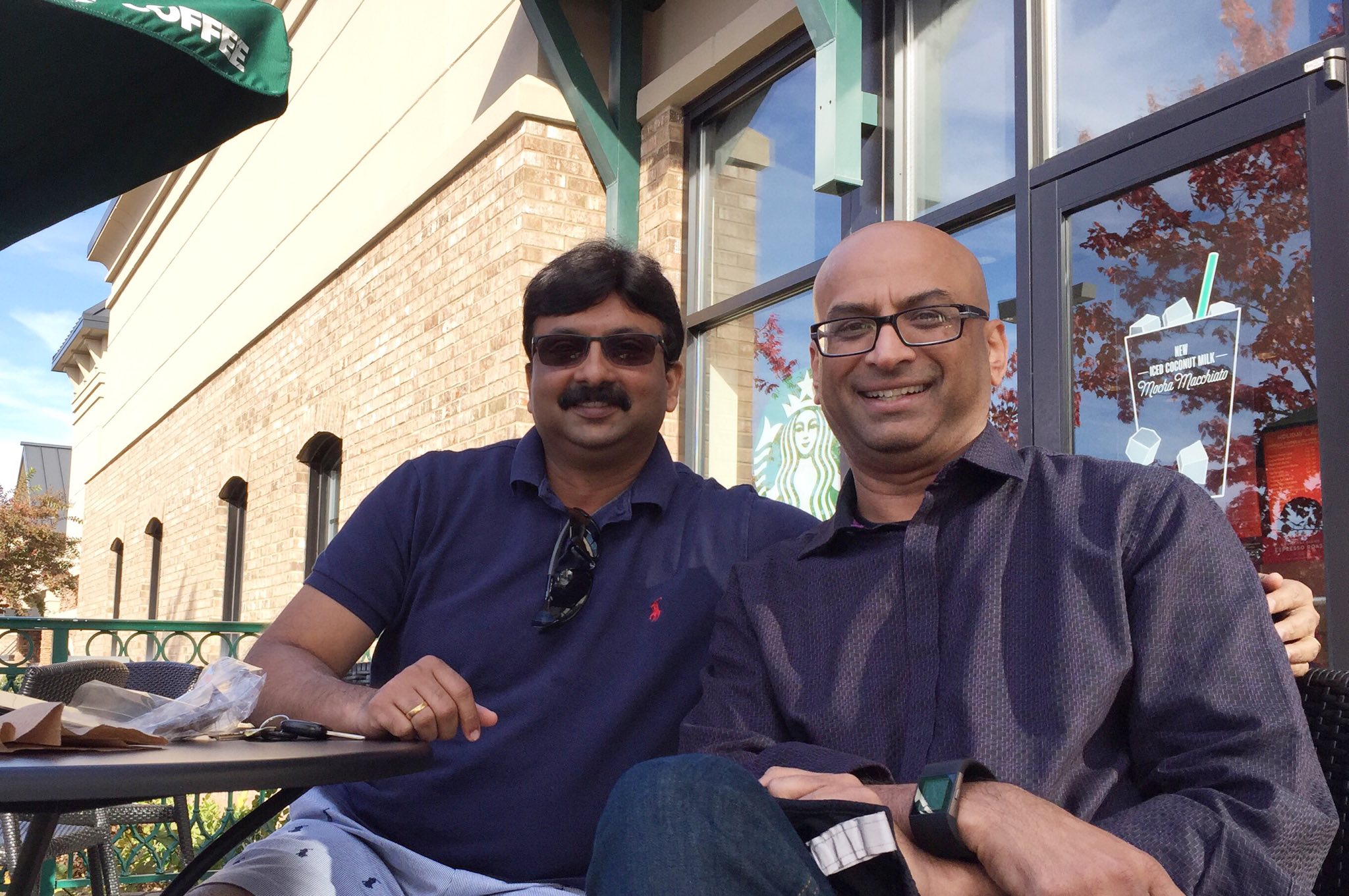