Nikispeak – it is all in the strategy

We were down to the final round of Jenga. Whoever won would have won the night. As you can see from the picture, the game started very aggressively by removing not one but two of the blocks from the lower most layer. Nikita was a nervous wreck after that. As you can also see I took out an outer block from third and fourth layer. It was a very very unstable structure at that point.

Nikita put up a fight for over fifteen minutes extremely gingerly moving blocks and the hands were visibly shaking….

Eventually when it fell down, she came back with a prompt excuse – “I am good at games which require mental strategy and not this shaky-hand strategy” 🙂

And before I could cry foul or suggest this is grapes being sour, she immediately added “I get the mental intelligence from your side, dad!”

I weighed my options. I came to the inevitable conclusion that anything I said at that point of time would only work against me.

So, I quietly packed up the pieces back in the box. I did get beat in the final game!!! 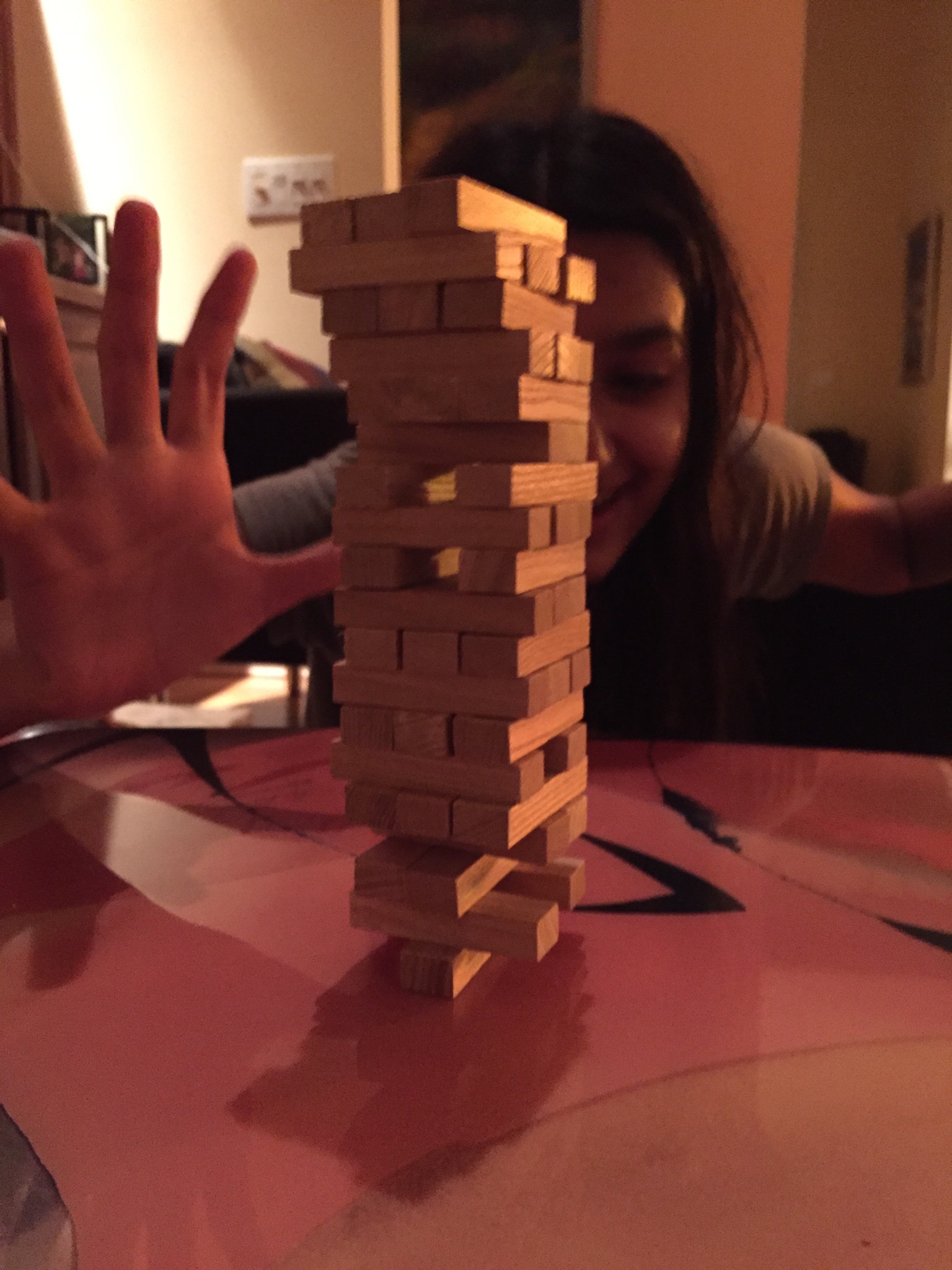