Dinner with Natasha done, I walked her to her dorm.

She explained to me the process. Once we get to her dorm, apparently, I would face a strict security person who would check and keep my id. She warned me not to talk too much and just answer the questions I was going to be asked succinctly.

Not particularly difficult rules, I thought. I went with the game. But you know, by now, what kind of a rule follower I am. I had about a couple of seconds as Tasha fumbled for her id in her bag. I glanced at the security person’s name plate and my first words to him were “Bangaali naaki?” (Are you a Bengali?).

You can only imagine the dismay on Natasha’s face. None of my daughters like it when I talk to strangers. And talking to the security person at her own dorm? That could only spell trouble.

By now, I was on a roll. Got to know Mr. Majumder and his background in two sessions – a few minutes then and a lot more time before I left the dorm. Got to know about Mr. Majumder and his family. He is from Bangladesh who moved to NY some time back. Has three kids and he has worked hard to put them thru college (his youngest kid is in NYU). His focus on kids’ education reminded of my dad all the time.

After having a really great time getting to know him, I finally had to say Bye. Before I said bye, he gave me his number and asked me to call me if he can be helpful ever.

Once a dad, always a dad!!! He realized that I might get worried about my daughter and that he might be helpful.

That was a very nice gentleman I had the fortune of meeting today.

Funny part, Natasha stood next to me thru the entire conversation listening to us. And apparently, rather impressed too. When I talked to her later, she told me that her roommate wanted to make sure that Mr. Majumder realized that she is Natasha’s roommate. Apparently, it is a good thing to be on the positive books of the security person!!! 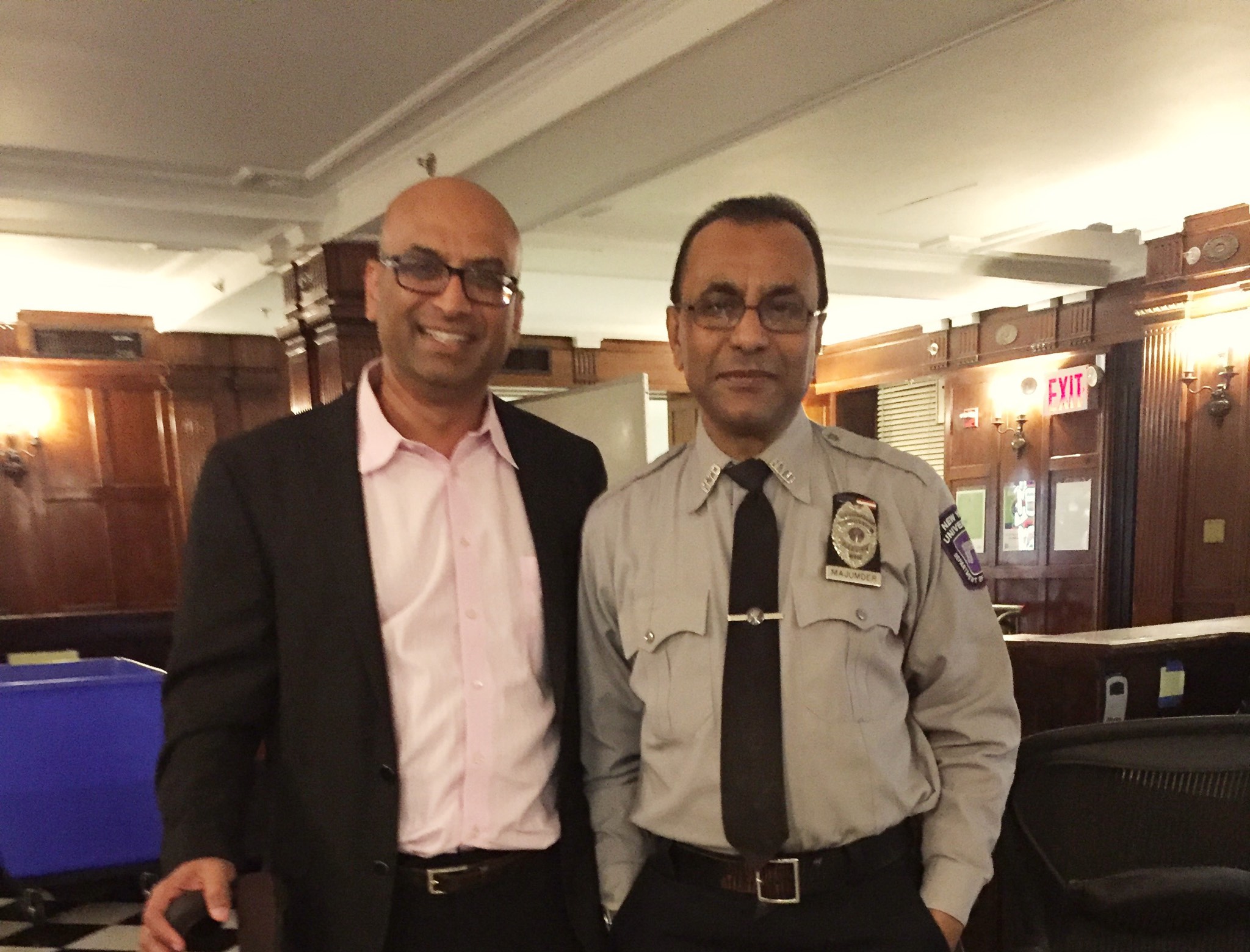