The author of the book presented a copy of the book to me herself this morning. The story was, of course, hers. Each page illustration was also by her. (available in Amazon in paperback and Kindle). Here is the twist… the author is Trisha Rao – a 9 year old kid (she authored the book when she was 8 year old) from India. She is the daughter to two of my dearest friends and old colleagues – Rajesh and Sumana.
I knew the day was going to be great when Sumana had written to me from India that they were going to be in Atlanta for a couple of days and she would like to meet up and put in a run with me. You see, Rajesh and Sumana were my colleagues from the first start up company I had worked in. That goes back way too many years. Our professional paths separated but we have kept up the personal relationships. In fact, Sharmila and I visited their house in San Diego twelve years back and I had a breakfast with Rajesh around 2010 during one of those business trips. Then they moved to India.
Early in the morning, Sumana and I hit the road for a few miles. I have always admired her for how she grew from the back office side of the business to the sales side. Those are journeys that many have fallen on the wayside of. Caught up during the run with her family in India, the transition to India and so many other details about her that I always wanted to know,
And after the run, came the breakfast. That is when I met Trisha for the first time in my life and Rajesh after about six years. What was most inspiring was hearing Rajesh’s life journey – his physically challenged dad and his sister who I can relate to a lot more now since my mom is in a similar state. And how they all moved back to India to take care of their parents and family. And like everybody, they are getting to a point where they have to balance out the previous generation with the next generation. They probably will have to move back to US soon to ensure Trisha gets a great education. We had a great time exchanging notes on his sabbatical and the ones that I had had. To cap it off, Rajesh has taken to running too!
If there was a breakfast that I never wanted to end, it had to be this one. To quote Sumana – “Our passion for running is exceeded only by our zest for life”!! 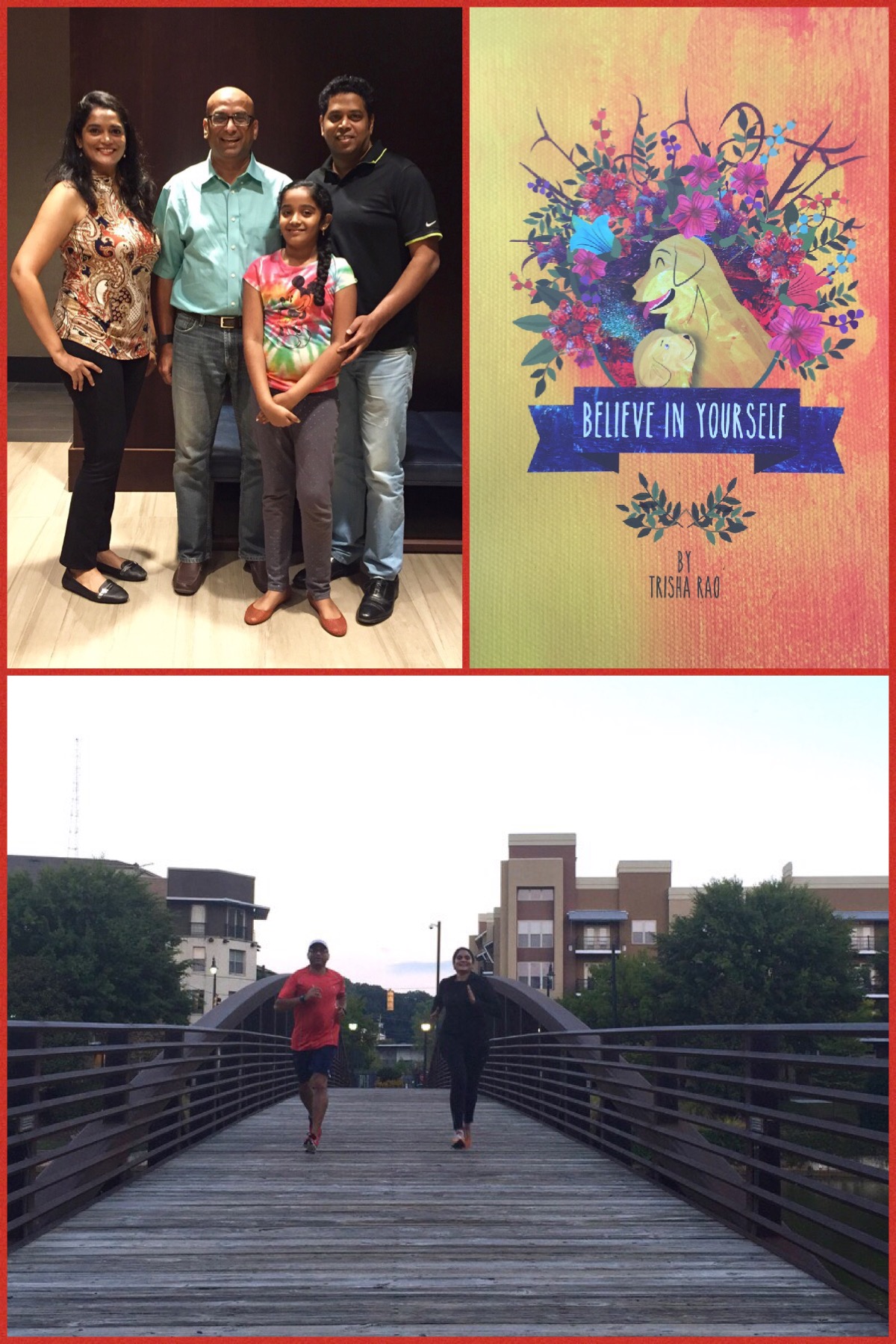