Meeting a wonderful human being…

This week, as you saw from my previous posts, I was in Sheboygan for a few days for our partners’ meet. On Monday evening – the night before the event was to start – I found myself with Julio thinking about what to do about dinner. The resort we were in was beautiful but eating there meant I was going to be interrupted all the time by the guests. Speaking of going out, this was Sheboygan we were talking about. Not too many choices.

Suddenly, I remembered about Blind Horse. Remember Yui – the girl who threw a dart in Japan and landed up in Kenosha? (Search for “Kenosha” in www.rajibroy.com). Well, I knew she did not work there any more but it was nevertheless a great place to eat. So Julio and I went for a fifteen minute drive to get to that place.

We were the only guests there. This was pretty late and of course, this was Sheboygan we were talking about. We sat at the bar to have dinner. I started telling Julio the story of Yui when our bartender overheard me and let us know that she had met Yui once when she joined the place.

After some chit chat between Julio and myself, I figured it would be good to know the new person too.

“What is your name?”
“Paula.”
One of the common ways for me to start a conversation for me is to find out where the person is from.
“That dark hair, you have… you are not from this part of the country are you? What is your lineage?”
“I don’t know.”
“You don’t know?”
For a moment I was wondering if she was trying to brush off an unwelcome intruder in her private life? No. She stood there smiling at us waiting for the next question!! (Actually, she is one of the most cheerful persons I have ever seen. Very witty, very smart and always smiling).

But it turns out Paula has very little idea about her biological parents. She was found in Milwaukee as a baby and then eventually adopted by a couple in Wisconsin. As you probably know by now, I think the world of parents that adopt.

“Tell me about your adoptive parents”.
I found out that they are as wonderful as I was thinking they would be. After adopting Paula, they adopted another child – her brother who is three years younger to her. He, as it turns out, is married to a lady who herself is adopted!! You want to guess from which country? India!!!

By now, Julio was into the conversation as much as I was. We were really intrigued by her life story. She has a daughter of 9 years. And she is a single mom.

“Okay. Tell me what do you want to be when you grow up?”
She laughed at the concept that she has not grown up yet. But I was inspired by her answer. She wanted to go back to college and finish it. Apparently, she worked to earn thru her high school, went to college but dropped out after one year. Now she is waiting for her daughter to grow up a little and then she wants to go back to college.

“When you have a lot of money, what would you do with it?”, I asked her.
“Visit places.”
And it is then that she told us something – she has never been on a plane!! Of course, she is telling this to somebody who is on a plane literally every other day and is in a company that owns and flies planes!!!

Once again, I realized how lucky in life I have been.

But you always want the other person to have lots of luck too. So, here it is to you – Paula – go back to that college, get a degree and hopefully someday you will fly planes and see places that you have always wanted to see.

What do you know? Maybe Julio and I will hitch a hike in your plane!!!

For the rest of you, if you are in Wisconsin anytime and is in the mood for a mean Sazerac or a Manhattan, look up Paula Habeck at the Blind Horse. 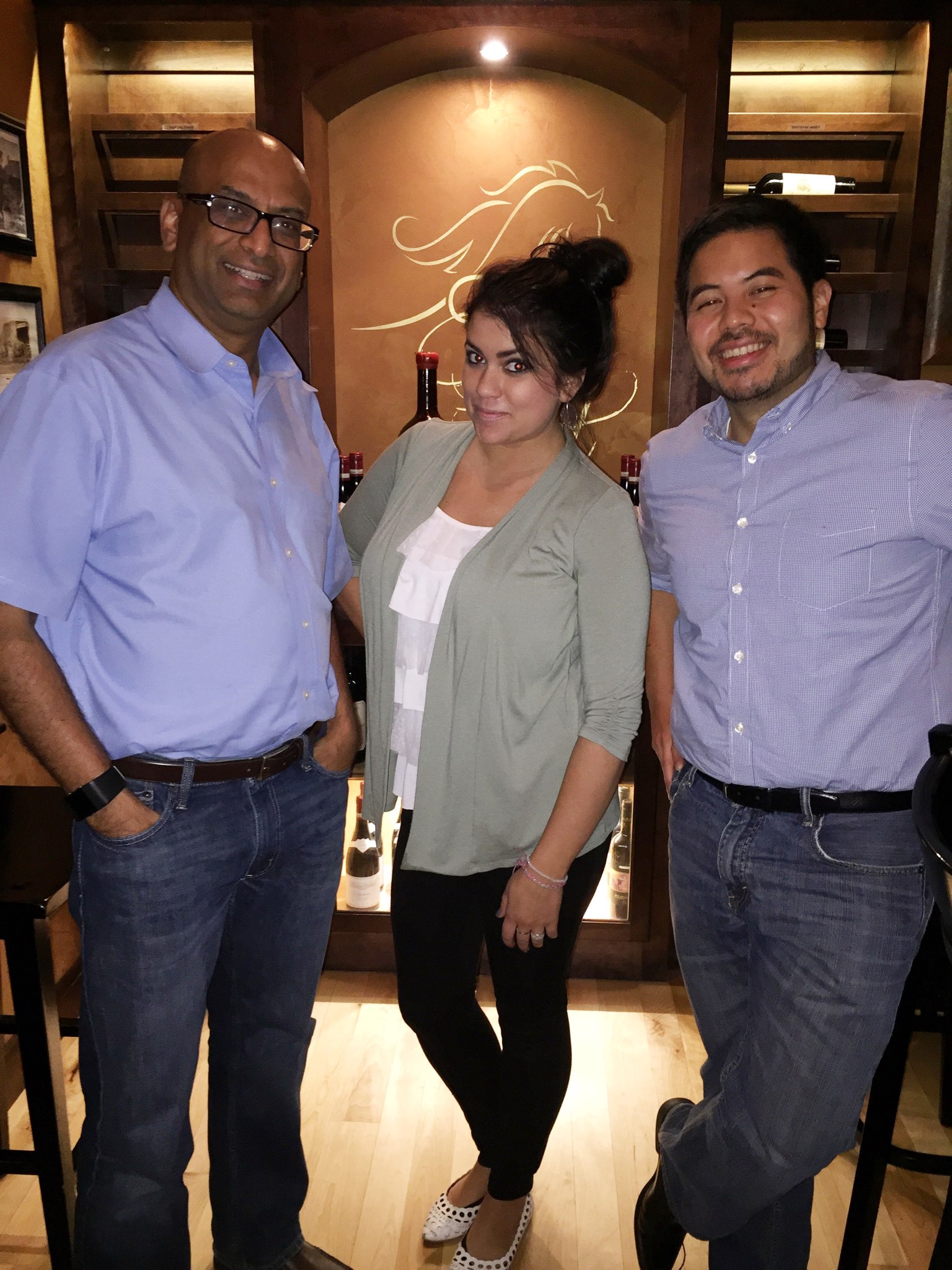