This was not part of my job requirements. That was because this was a perk!!

Two and a half years back, I started a new career. I never thought about becoming a CEO some day — much less that of a $100M company – and yet that was what I was going to be. Having heard scary stories about PE firms and how they spit out CEOs, I had no aspirations to ever work for or with a PE firm. And the sum total of my domain knowledge in the industry I was going to join – Geospatial – could be summarized in two words – “Google maps”.

As any first time CEO will tell you – no amount of mental preparation gets you ready to realize the sheer loneliness of the job (when the door closes, it is you and only you who has to take the decision) or recognize how the sense of power to change is largely false (think of trying to steer a large ship – you turn one degree at a time – hard turns are going to break the ship into two) or the limitations of being open with everybody (somehow every word is closely interpreted as a message).

And then, there are moments that are indelibly marked in your memory as the real perks of such a job. One such evening happened a couple of days back. We organized our first ever partners summit this week. We were a little overwhelmed by the response. Eventually, we had to expand the logistics to take care of more than twice the number of guests as we had originally envisaged.

I was given the most important role a CEO can ever aspire for – the official mixologist and bartender for the evening activities!! The event was held in a large hangar with a brand new helicopter (that was a mean machine) and airplane in display. As you can see, I did my job with quite some aplomb 🙂 , even if I say so 🙂

The exciting part was improvising continuously as Kim (who did all the groundwork in setting up the bar at the hangar in a wonderful way) and I would realize that we missed something or recognizing the different tastes of guests from all over the world and test with a few combinations before we hit their mark. One of the partners brought in shot glasses – so there was some last minute scrambling to put together some shots too.

The official drink was called Quantum Sip – it had taken me two weeks of research and testing at home to get the right combination of taste as well as match out company colors. The other big hit was Hendricks and tonic. Finally, the shot was a Baby Guinness.

And here is the best part. I got to know many of those partners intimately – their background, their families, their business, their challenges, their aspirations – as we chatted up at the bar while fixing their drink. And at the end of the day, that was the big purpose of getting together with them. 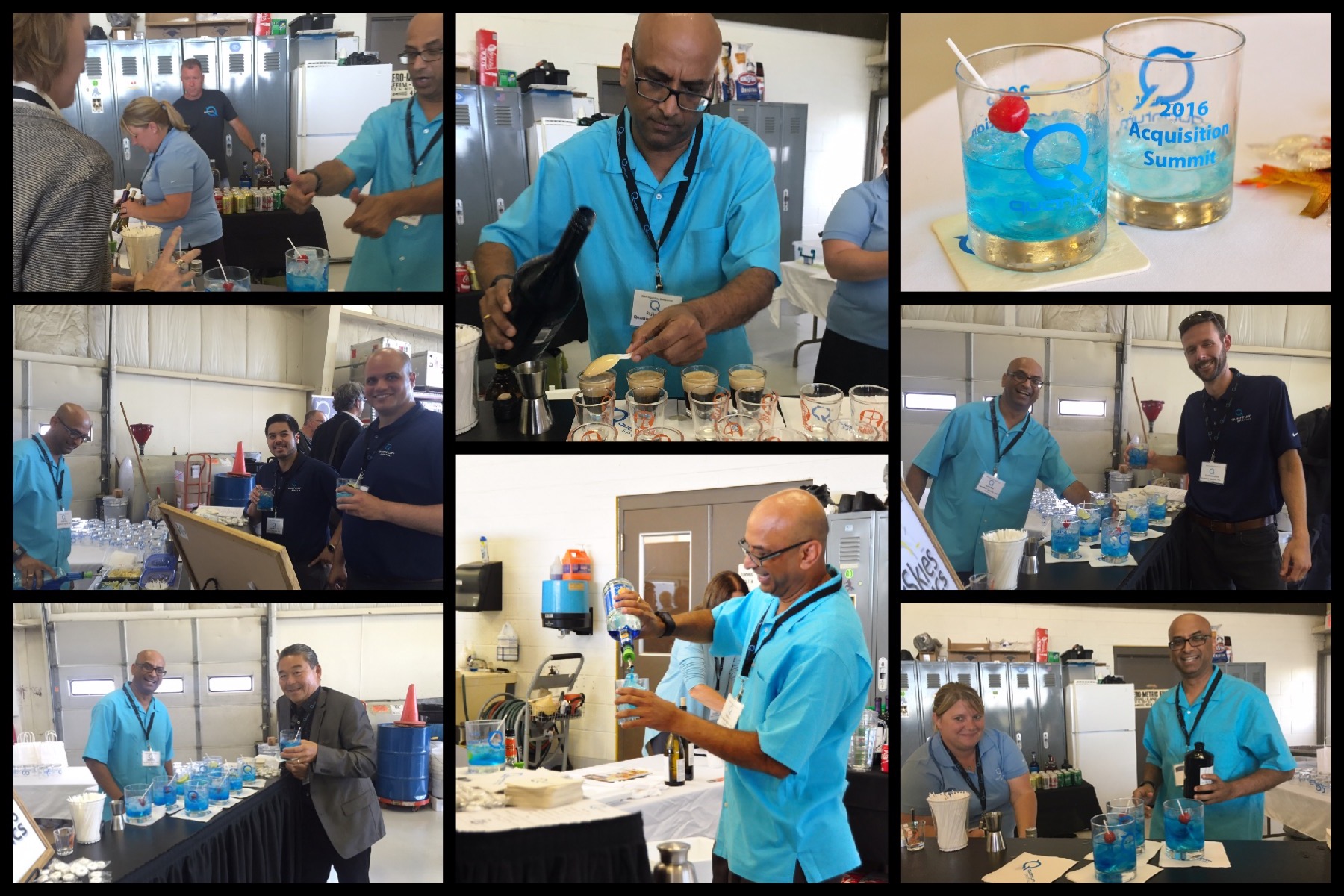