Friend from an unexpected country!!

Over the weekend, when we went to drop Natasha at NYU, I made some interesting friends – but then again, don’t I always? 🙂 One of our friends – Ishita – had opened up their apartment which is bang opposite the NYSE for us while they were in India. That was an incredible help – if not for anything else – just the logistics of storing stuff, getting stuff delivered and all that before we moved her in.

The first morning, I was up before everybody and decided to go out for a Starbucks. (I know, I am such a creature of habit !!). As I stepped out of the building, the building security guy opened the door for me. I just stopped there and made some polite chit chat and then told him that I am really not awake before I have my coffee – so I was going to get some coffee and then come back and talk to him.

I got my coffee and for good measure got him one too and started chatting with him. Was pretty fascinated by the whole conversation. My usual “So, where are you from?”, met with with an unexpected “Burkina Faso” reply. I had to stop for a second to get my geography right. That was the first time I had met anybody from Burkina Faso in my entire life!! My mind raced to remember what it was called before. After a few seconds, I told him – “You know, our geography teacher taught us about your country – but we remember your country as Upper Volta”. I distinctly remembered Mrs. Bhowmic teaching us about Ghana and its cocoa production and one of the neighboring countries called Upper Volta. I had asked her about Lower Volta and she had told me that there was no such country. That day, I had determined that Africa was a very confused continent. Albeit with some majestic elephants and lions 🙂 I was probably in eighth grade.

I found out that Brian Coulibaly (the young security guy we are talking about) had his entire family back in Burkina Faso and has been in America for a few years. He loves New York and will not move to any other place. An interesting side story to coffee – he told me coffee is good for me. He has been drinking since he was in single digits in age. Apparently, in western Africa, people start drinking coffee very early and is the equivalent of drinking tea in India or the Middle East. (Basically, you drink it many times but in much smaller amounts than we are used to in America).

He talked about their capital – Ouagadougou and their political system (apparently very corrupt with frequent coups and upheavals) and general economy (very poor country). I asked him about their President. He tried very hard but struggled to remember his name. We moved on to other topics about the country.

After spending a good 20 minutes I came back to our apartment. Later in the day, when we headed to NYU, he was gone.

The next morning though, as Niki and I stepped out to get some coffee (we were all up early – it was the move in day!!), he again opened the door for me and gave me the President’s name!! Apparently, he had to call up his mom that day to remind him of the name. I was suitably impressed. We got Nikita to take a picture of us.

I wish Natasha was there with me for her to realize – as great a day as it was going to be for her – how blessed she and we are in this country!!

P.S. I later Googled his country and found out an interesting factoid – a woman in his country bears 6 kids on an average!!! 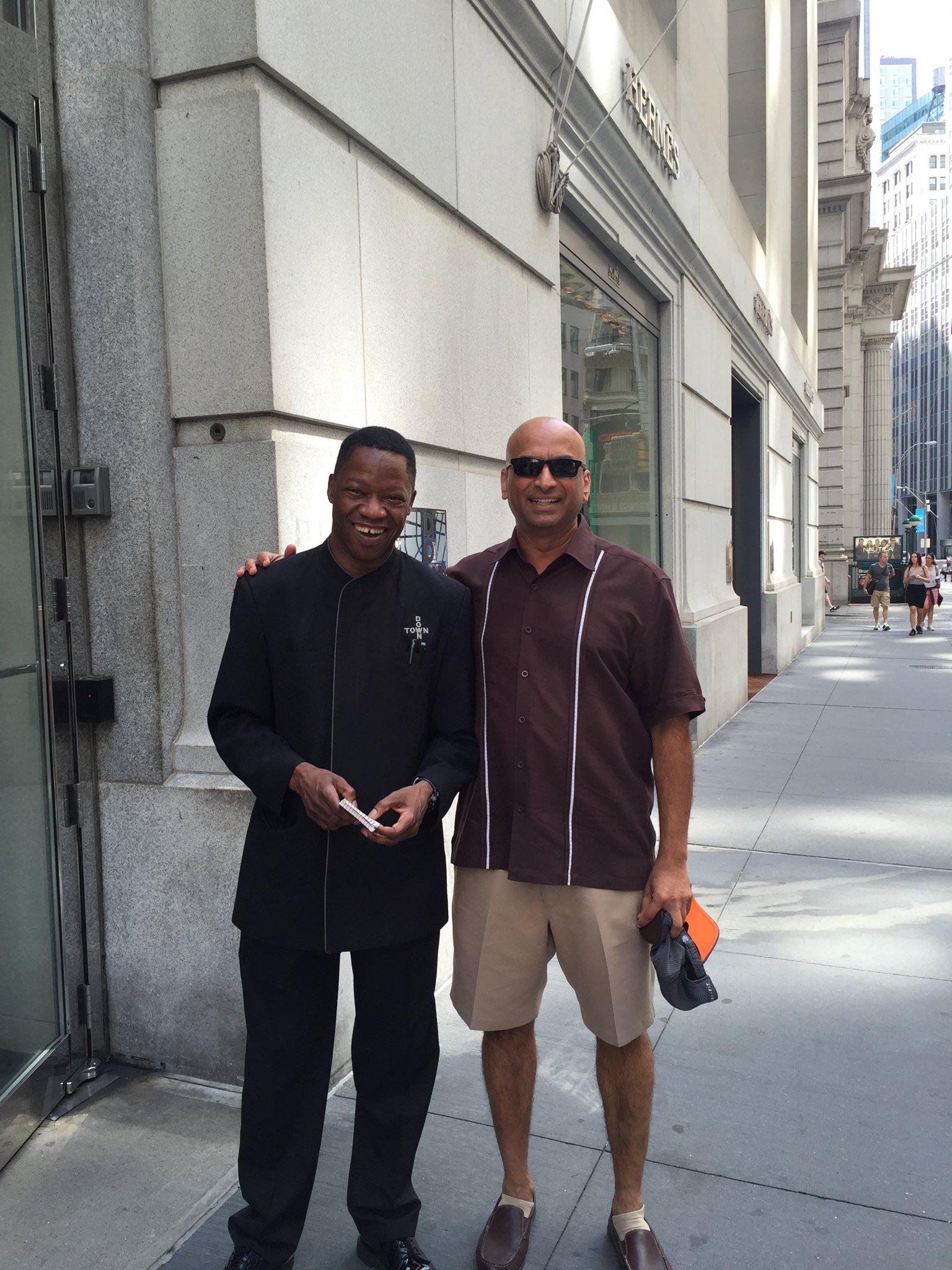