A couple of years back, Sourav – who went to seventh and eighth grade with me – had crossed the Canadian border with his family to spend a night with myself, my family and my inlaws when we were visiting Niagara Falls. He had become an instant hit with my inlaws with his traditional Bengali style “jomiye adda”.

He was in Atlanta for a couple of days and I had fixed to have dinner and drinks with him downtown. What he did not know is that I had been working on a surprise for him. There is another friend from our seventh and eighth days – Manbir (Manny) who now lives near Columbus, Georgia. I have met both of them only once after leaving school way back in the early eighties. I took a chance and it looked like Manbir might be able to make it this evening. I, however, kept it as a secret from Sourav.

The confusion started when I showed up at 7:45 at the bar that I had told both of them to come to. I went inside the bar but I could not find Manbir. Instead, i ran into Sourav. Imagine, my situation – I am on the phone with Manbir trying to pinpoint his location and Sourav is right in front of me and of course, I did not want him to get wind of it.

Just when this confusion was reigning supreme, a guy walks up to me saying “Isn’t that Rajib”? And I was like – “Abhijit”? Imagine the scene – Sourav standing in front of me wondering who they heck was I trying to locate in the hotel … Manbir talking to me on the phone that by now I had taken off my ears because I was completely bewildered that I was standing in front of a guy I went to Business school with and have never since 1991!!

Eventually, we sorted out everything. Manbir was in the wrong bar. Which was fixed quickly. Sourav was overjoyed to see him for the first time after 1980. Both of them were terrific athletes in our school and there were a lot of stories to remember. In between, I walked up to Abhijit (who was with his friend) to catch up with him too. Finally, before leaving, he came by where we were sitting. I had to ask the bar guy to take a picture of us.

And then we tried to locate some of our old school pictures. Believe it or not, in the lower pictures, the left one is Manbir and the right one has Sourav and me. Did I look nerdy or what?? 🙂

What a great evening it was though!!! 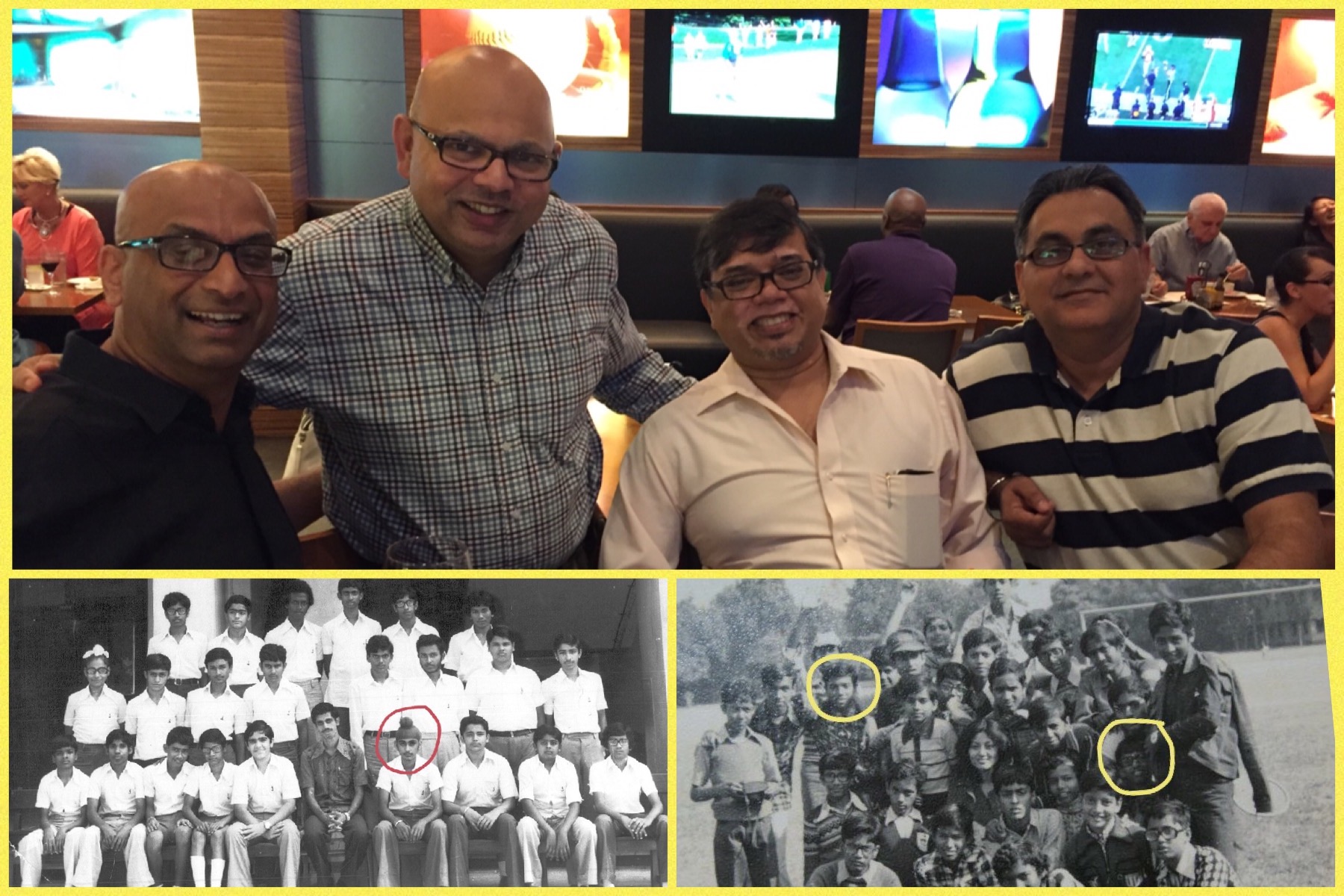