One last intersection point for the vacation

We flew in to Seattle around midnight and had a night layover before we headed out. The girls were all sleeping in in the morning. That gave me enough time to sneak out of the hotel early morning and go meet Raghu Ram. We used to work together long time back in the same company in Dallas. Then he moved to Seattle and I moved to Atlanta. We came very close to meeting each other twice but failed in both occasions. This time, I made it though!!

Was great catching up with him over a cup of Seattle’s very own Starbucks coffee. Other than catch up on family and old friends, I also got some insight into some of the challenges of the high end clothing retail industry.

It was great catching up with Raghu after over a dozen years or so.. 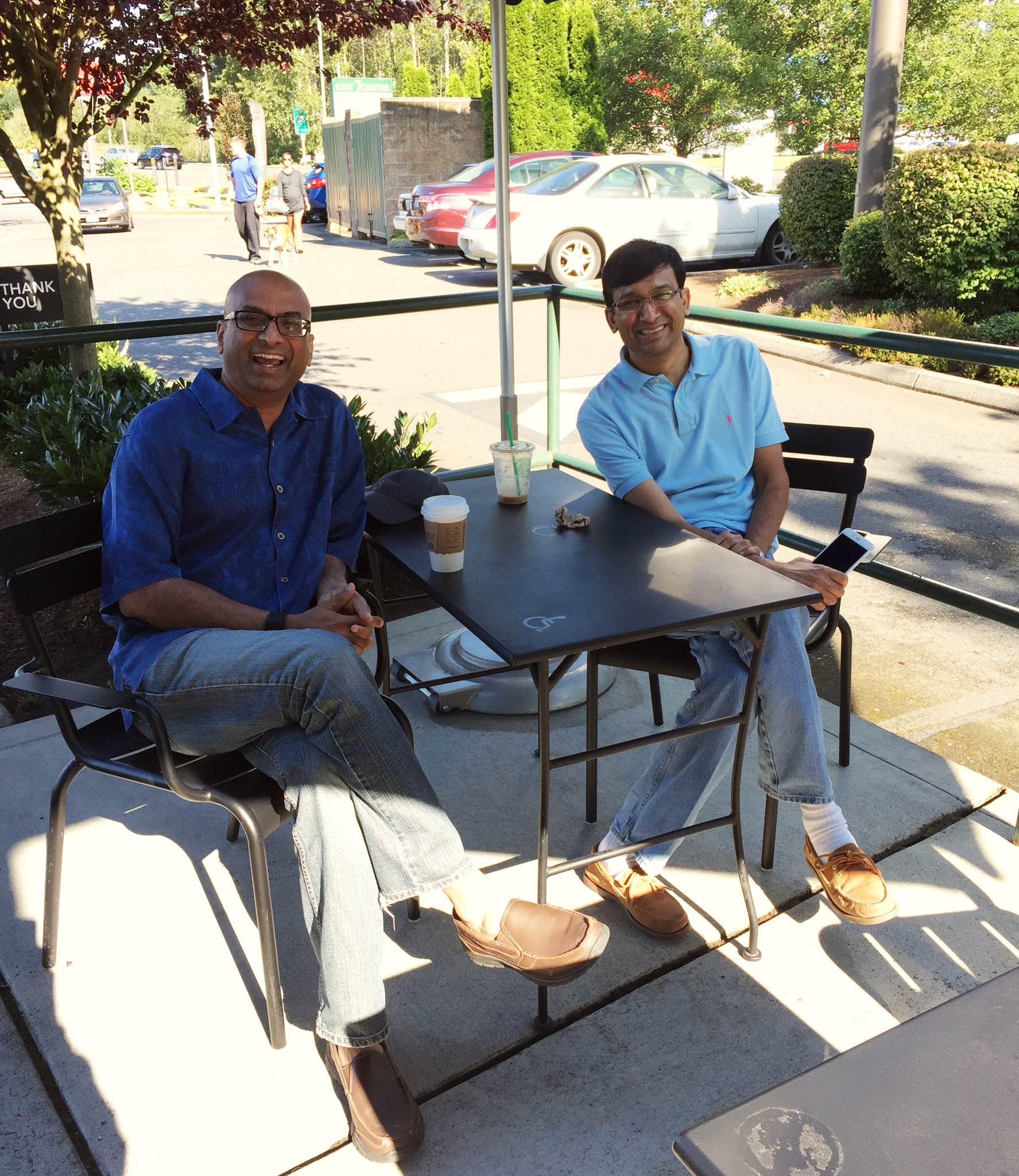