To get a slice of life in Alaska, we went to a sled dog tour. First, I have never seen that many dogs – 90 of them in one place. Second, the Siberian huskies look way too adorable. These dogs are built to run over hundred miles a day. For day after day after day. Running is what they are born to do. Some of these dogs have been Iditarod race winners (that is a 1049 miles route!!!). When we went there, I could not believe how rowdy those dogs were. We were explained that they have sensed that we have come to go for a ride. So, each one is jumping and barking “Pick me, Pick me”.

We picked thirteen of them to pull our carriage. There were three carriages in all. The dogs were so overexcited to get a chance to run, it was a task just to hook them up. There was even a senior dog walking up and down trying to calm these young dogs down. It was amazing watching the monitor dog bark at low volume to keep everybody calmed down. Most of the young ones were listening to the adult dog as much as my teenagers listen to me!!

After a two mile sled run (on dirt roads, not snow), when we came back, it was almost startling to notice how quiet every dog had become – the ones that went for the run and the ones that did not. They had realized that the run had come to an end. Now they wanted to be cuddled. Natasha and Nikita went ahead and paid cuddling attention to each one of our thirteen dogs.

If you ever wanted to know how intelligent dogs can be, you have to try interacting with some of these Siberian huskies! 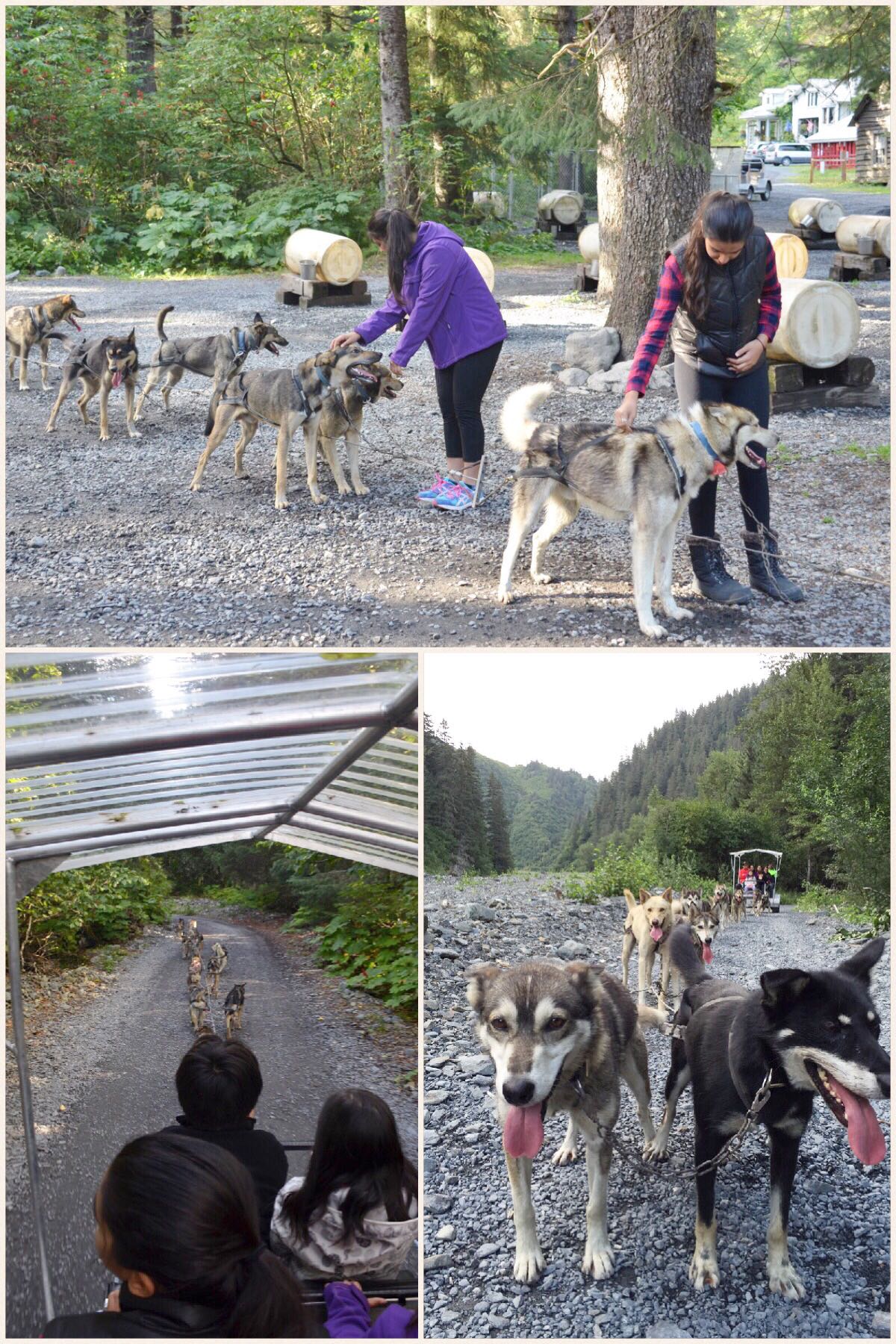