Three hours with one of the most graceful ladies I know…

Way back in 1972 – I was barely a six year old, I recollect going to a neighbor’s house with my sister around lunch time. Cannot remember why – but I suspect we wanted to play with her son – Jayanta – that time all of four or five years old. I also recollect Jayanta not being there (he was in school) but Mrs Dey (that is the lady in question) gracefully kept me and my sister busy by playing with us. Eventually, her son came back from school – and he straightway started throwing up. Apparently, he had thrown up at school too. Mrs. Dey checked his lunch box (called tiffin box in India) and the food was found to be completely uneaten. Before even she could tend to him, her first reaction was to give the fresh orange from his box to me and my sister. And then as she turned her attention to her own son, my sister and myself made ourselves scarce. (We had a prized orange in our hand, mind you).

She left our neighborhood soon thereafter, but my entire life, I have always remembered her for her grace.

Much later in life, I got to know her again. We got brought together mostly because her son and I studied in the same set of schools – from my fifth grade – all the way to engineering college after which he left for US and I decided to stay back in India. (I know, eventually my plans had to be changed. You can blame Citibank for that 🙂 ) But going back to her, over time I did visit her house later, and I recollect that Uncle (Mr. Dey) was always busy going out to play cards (he was a much accomplished Bridge player) but she would patiently sit me down and have all the time to listen to all the blabbering I had to do when I was young.

Much much later again, I had found out that she was visiting her son in Boston and I had made some time from my work related trip – barely an hour – to go see her. And then, again, it became very sparse connection, if any at all.

Finally, she came to stay for some time with her son (who recently has moved to Atlanta). I did go see her and we went out for dinner after she came over. But this was with (and I am not complaining) the whole family.

However, this week, I was able to corner her one on one for over three hours sitting outside in a restaurant very close to her son’s house. That was one of my best times ever. Just having that connection and trust level from having played under her supervision was enough to open up much more than I can even dream of opening up to any other adults (frankly, even friends).

There were way too many things we talked about. But here is a real funny thing – I was in touch with a old colleague of hers (I visited that lady in 2014) that she had been looking for for some time and she was in touch with a kids I used to play with that I have been looking for 15 years!! We had an even barter of phone numbers!! She also reminded me of an event that I have only a blurry memory of. My dad had organized a carrom competition in the neighborhood and the graceful Mrs. Dey was to give out the awards. You want to guess who won the competition? Mr. Dey!!!

There are not too many adults of that age group who can make me feel that comfortable around them as she can and consistently has. I am awkward to begin with. But she has a way of making me feel at ease to open up.

I can’t believe that I started my life in a very small town – way back in India – literally at the edges of the town (only two more streets separated us from the cemetery at the outskirts of the town) – just a few steps from this lady and many a year later, almost on the other end of world, we are again so close in the same city. (although she pops in and out of US and India).

Here’s to a few more of those three hour sessions!! 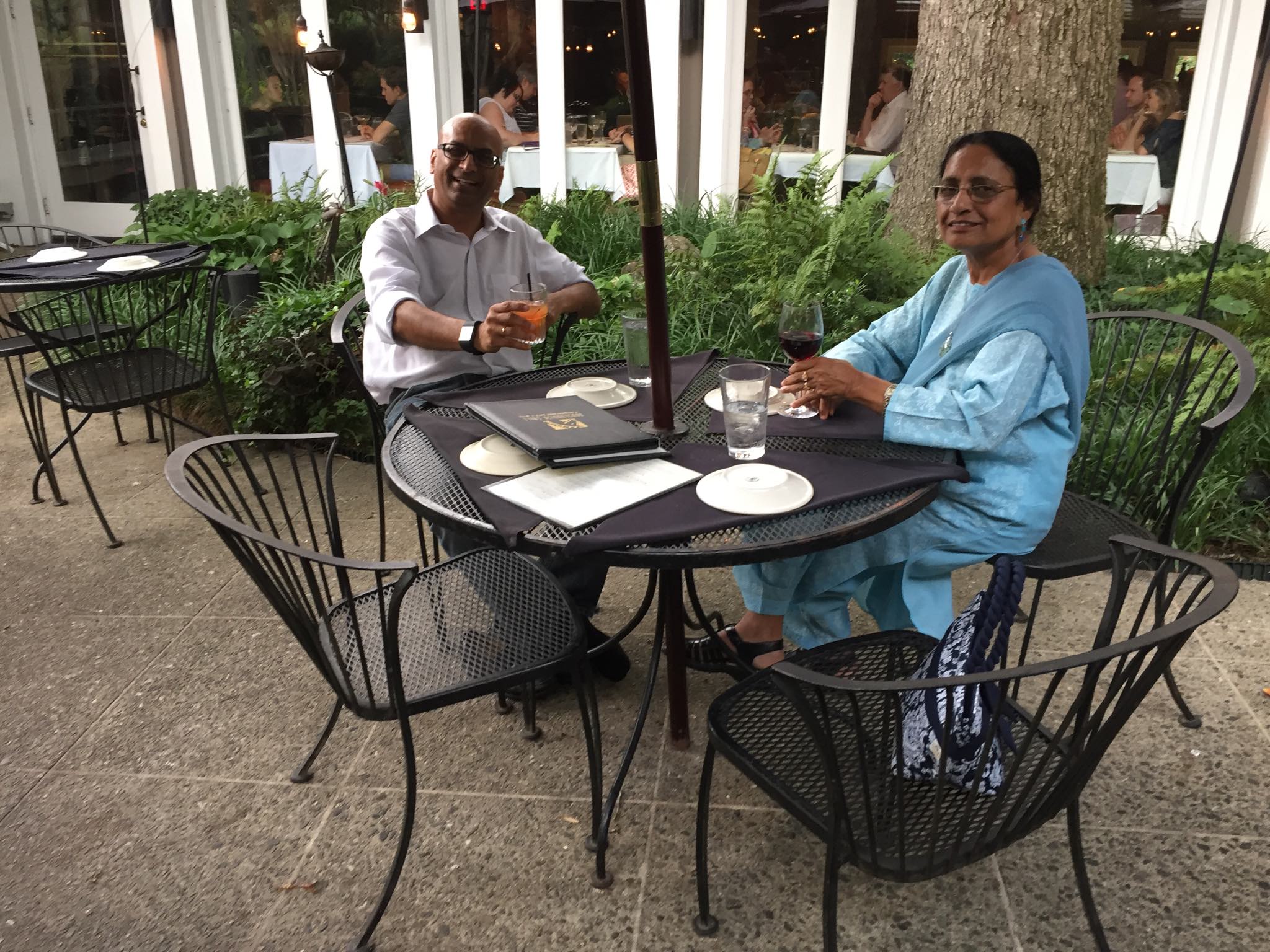