A couple of years back, I had found Jayasish thru Facebook. We were in the same school for our 11th and 12th grades and we were in the same hostel. He was in UK when I called him. It was great catching up on our old friends. Specially since he has kept up with more of our eleventh and twelfth grade friends than I have. I also found out that Jayasish was planning to move back from UK to India to join his family there.

Last December, when I called up “Jasha” (that is how we called him) to wish him a happy birthday, we had agreed to meet up in Kolkata next time I was there. Unfortunately, in March I missed him due to some last minute changes in my schedule in Kolkata. So, this time, I had scheduled specific time for him.

That is how I met Jasha after 31 years. We spent less than two years together in those days – I remember meeting him for the first time on July 10, 1983. We had just checked into our dorms that Sunday. But during our lunch meeting, he blew me away by some of the details he recollected from those twenty months or so. It was also great to meet his wife – Surita and over lunch I got to know about her family and their two daughters.

Jayasish had further let me know about Pratik’s (another friend of ours from those days) whereabouts. Fortunately for me, Pratik changed his plans for the day accommodate a visit when I called him. Saw Pratik too after 31 years. Also was delighted to meet his wife Sampa. Speaking of intersections. turns out Pratik, Sampa and Sharmila all went to the same engineering college (three years apart though). And Pratik could recollect Sharmila from those days!!

It was absolutely thrilling to get to see Jayasish and Pratik after such a long time. I have not been close to a lot of my friends from eleventh and twelfth grade (relatively speaking compared to my friends till tenth grade). The two of them inspired me to start those searches!! 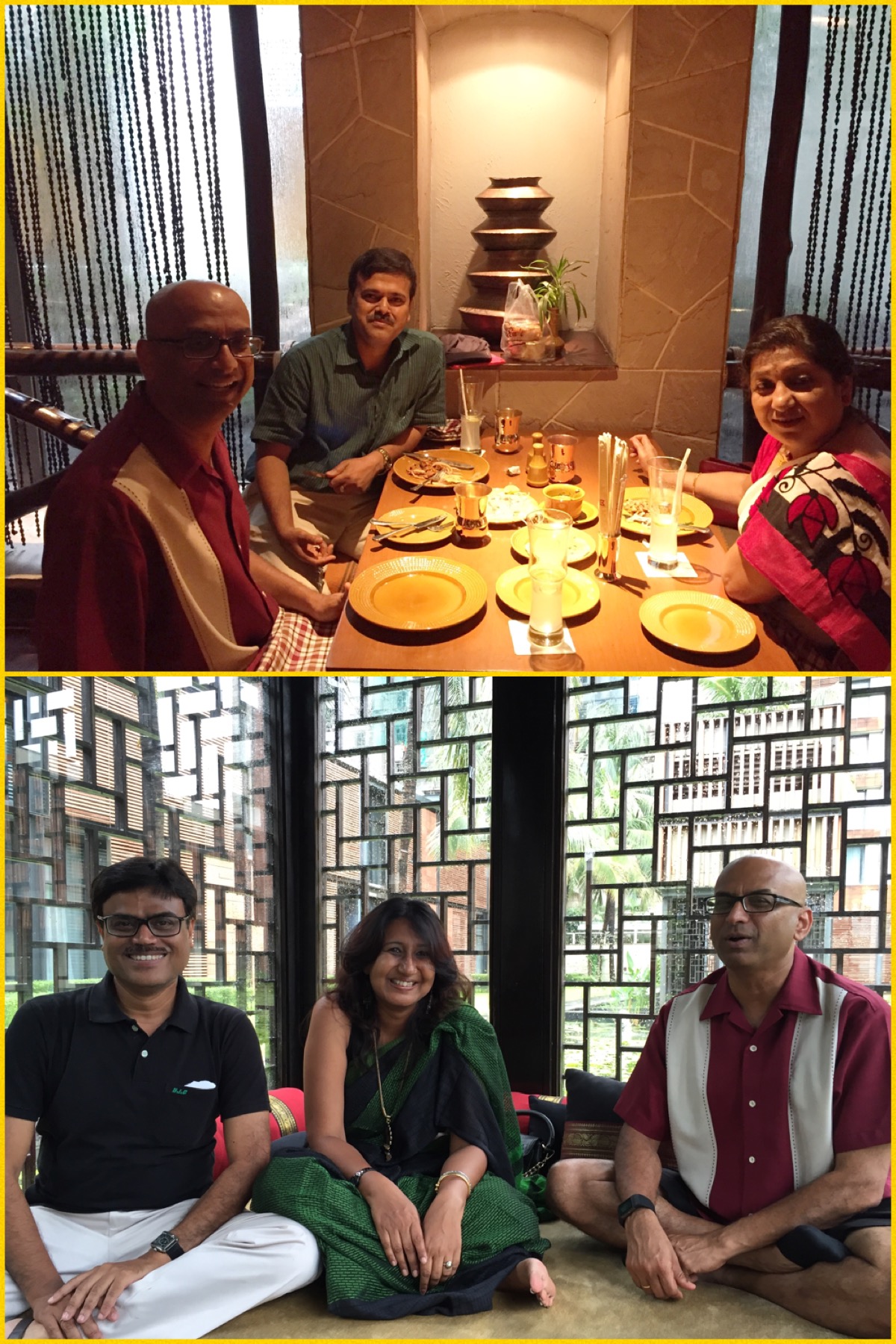