I had just dropped my nephews at their house last morning and was running a tad late for the lunch meeting with my St. Xavier’s school friends. The temptation was very high though to take a slight detour and visit Mr. Kolay. Eventually, that is what I did.

Subrata Kolay and I go back to fifth grade. I count him and his wife Sharmistha in my close friends’ list. I was aware that last quarter onwards his dad has not been doing well. He is the same age as my father and I was saddened to hear about his fast deteriorating health. Especially since when I saw him last – actually the only time that I have seen him before – and that was when he was tending to Sharmistha when she herself was fighting back some health issues – he had seemed to be a very healthy and hearty gentleman – certainly for his age.

He was expecting me since I had to call Subrata up in Houston to get the address and Subrata had promptly related that to him. I spent a very fulfilling forty five minutes with him and Mrs. Kolay as well as Subrata’s brother. Most of the chatting happened with Mr. Kolay. It was very encouraging to see him in a very positive frame of mind. He might be ailing but you cannot get a word of despair or negative outlook from him.

Instead, he started asking me after our school and school friends. I was stunned – and I mentioned this to him multiple times – by how many of our school friends’ names he could recollect. For some of them, I had to pause to remember what they are up to these days so that I could let him know.

Like I said, it was a very quick trip. Later in the evening I got a message from Subrata that his parents were excited by the trip. Sure as heck I am hoping that they were not just being polite. I have been feeling a little guilty about not spending some more time with them. There is that time being the only finite resource thing… I think they deserved some more from me… These are the kind of people that shaped me when I was very young… I really want to come back and make it up during the next trip. 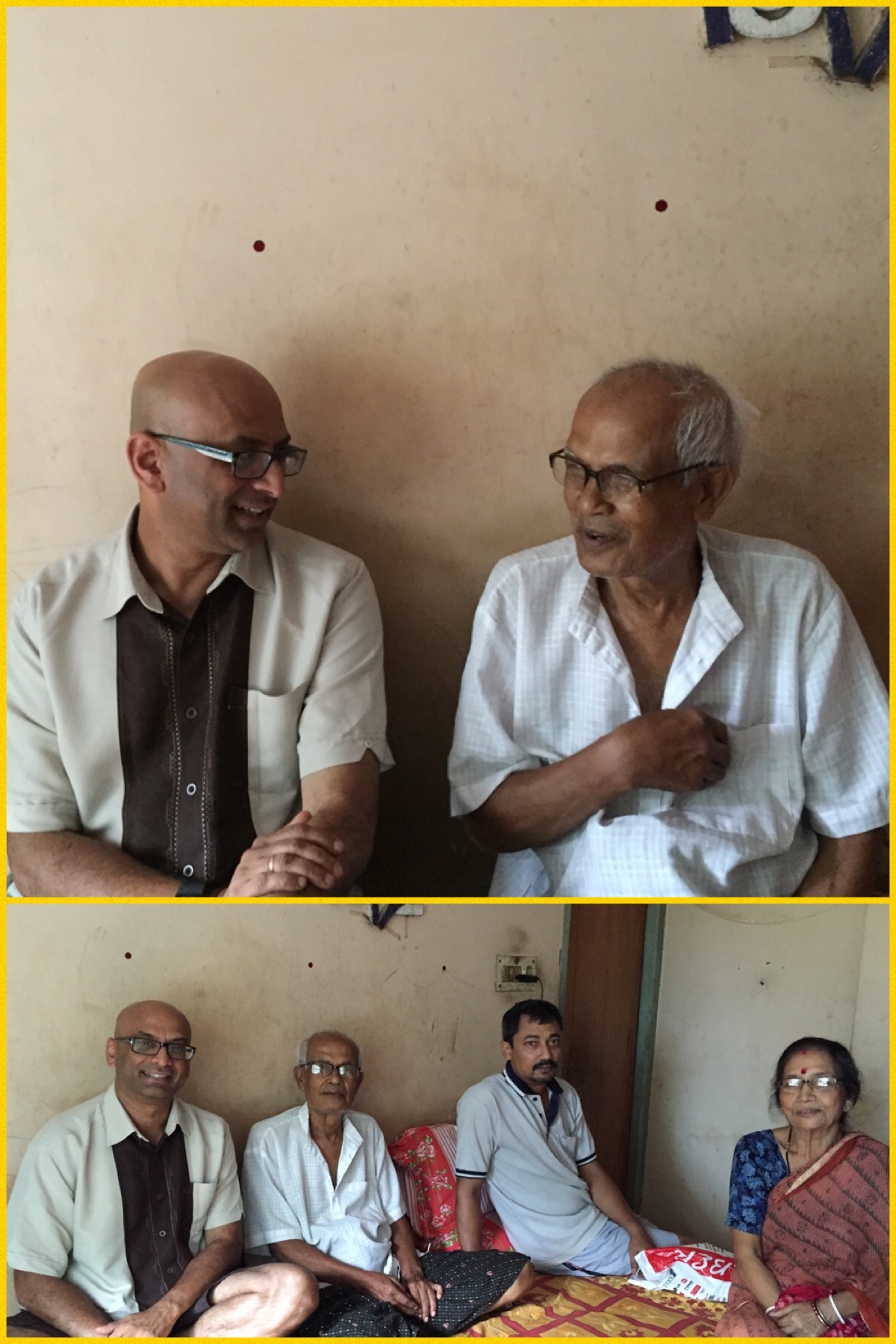