I almost missed her!!!

“Mousumi? Tor baaki bhognangsho-ta koi?” (meaning – Mousumi? Where is the rest of you?)

If I told you that I have known Mousumi for 43 years of the 50 years that I have lived in this world, and that she is one person I have kept up with consistently (although mostly by phone), you can be easily excused for not understanding how I missed her in the crowd. Before I left US this time, I knew she was going to visit India too (from Singapore) and that there would be a overlap of a couple of days during our stay in India. We had scheduled in an hour of meeting on Saturday early evening.

Mousumi was my classmate from the first grade. Among the girls in my class, I was closest to her. In fact, you can see in the insets how we looked at that time. Later in life, there was a group of us (including both of us) who became very close and would take trips together during our vacations in college days. Her dad also taught me math during summer vacations. Much later, I used to visit her and her family whenever business travel got me near where they lived. In fact, the last time I saw her was one such trip in Sweden twelve years back. I was there for a few hours. We accompanied her son to his tennis game and during that time, the three of us (including her husband) caught up on our “adda”. And that is the thing. I had not seen her (or her pictures) in the last twelve years. But I had a mental picture of her.

As planned, I arrived at South City mall – a couple of minutes after she had already arrived. As I entered the mall on that Saturday evening, I was immediately accosted by millions of people milling around. I started scanning the crowd quickly to see if I could spot her. Making a phone call would have been efficient but it was way too loud for me to hear anything. I distinctly remember a youngish looking woman coming generally in my direction but I figured she was headed for something or somebody behind me. As my eyes continued to scan the crowd and I almost started fishing out my phone, I noticed that lady now smiling at me. And that is when I realized that it was Mousumi standing in front of me.

She has dropped so much weight and now sports such a different hairstyle and looks so much younger that had she not put on her distinct smile, I might have even gotten irritated at her for blocking my way!! That is when I asked her whatever happened with the rest of her 🙂

Finding a quiet spot at South City mall on a Saturday evening is well nigh impossible. However, I knew of one bar (my brother and I frequent it whenever I am in Kolkata) that tended to be quiet in the early evening (and then really loud once the live music began). We headed up there and then soon walked into the relatively sparsely populated bar. The first thing we had to do is convince the people at the bar to tone down the music going on.

After that, we caught up on the last twelve years and much more. There was a lot to discuss – her son – who is now a full time career person, Indranil-da (her husband), her parents (you might remember them as a set of parents I had visited last March), my parents, family in Atlanta and so on. We have common grounds around ailing parents and in laws. Certainly, we have a lot – I mean a lot of common friends. Since I am the one who keeps up with everybody, I was doing most of the updating 🙂

For good measure, we took a perspective of life ever since we have known each other (which is, as you know by now, virtually all our lives). Some of the interesting discussions included anger management (I have never seen or heard anybody see her getting angry), the pros and cons of being introverted, what possibly would our tombstones say, some of the most important lessons we have learnt in life and what we admire most about some of our common friends.

My big mistake was scheduling one hour to catch up with her. I should have known better. By the time I got a reminder call from my brother, we had been sitting there for three hours. I could have gone for another three hours without missing a beat but there were two nephews waiting for me and some good chow-mien I had promised them at their favorite restaurant!

We left soon promising not to wait for another twelve years before the next meeting!! 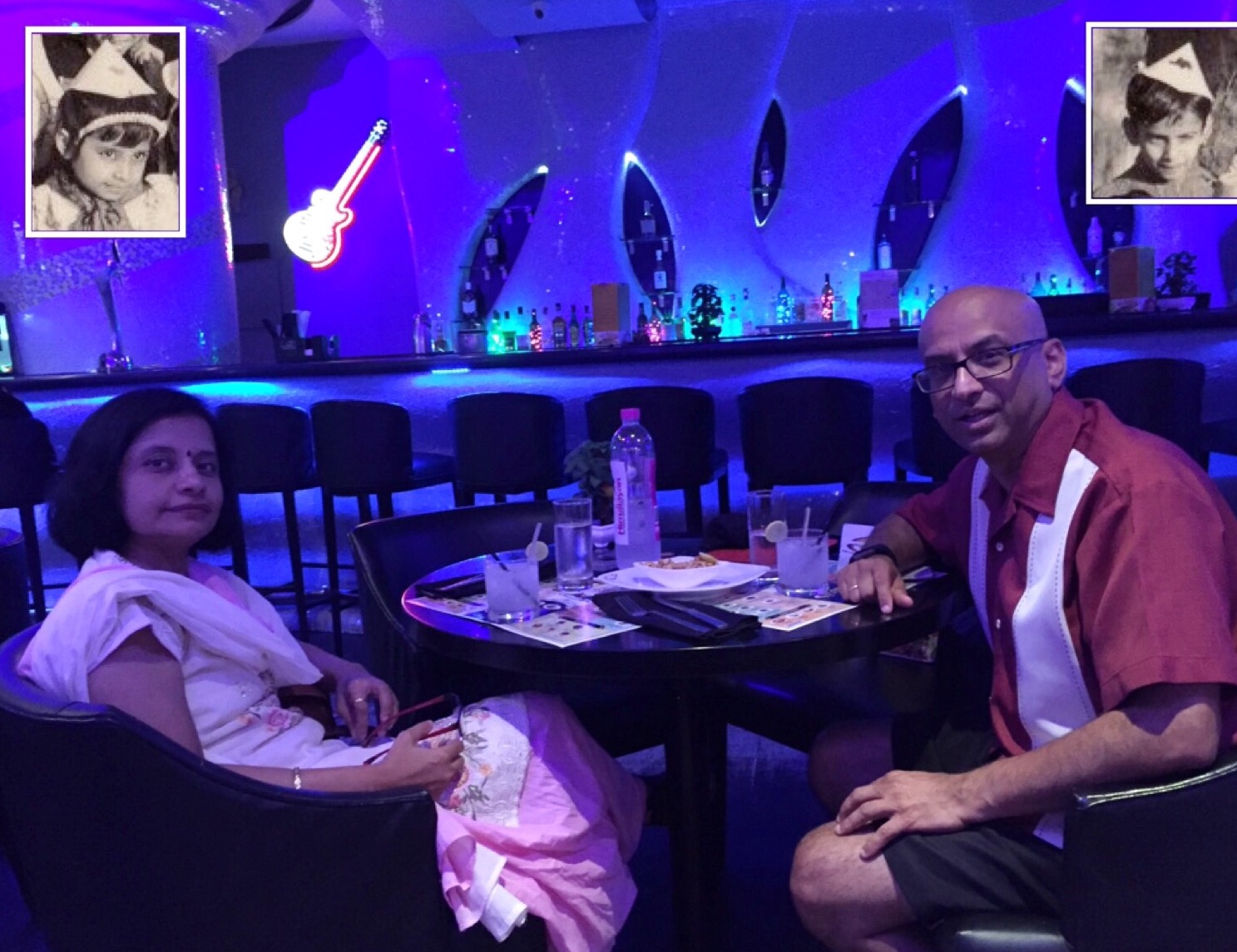