We were getting ready early in the morning to start from Durgapur to Kolkata when my brother and I had a brainwave – since we had covered some of my favorite subjects the previous day, why not see if we can cover my least favorite subject too. We knew the rough area and the rest we figured we would wing it. It was easier said than done. We got a little lost and had to make calls to a friend in Delhi to bail us out.

But that is how I met “Shanti sir” or “PT Sir” as he was called during our school days. After 31 years again!! Now PT sir was less of a teacher to us and more of a friend. I recollect him to be very jolly, very active and always smiling – almost bordering on breaking into a laughter at the least provocation. And he has not changed one bit. You can see from the picture – it would be hard to place him to be in his sixties.

Yesterday, I learnt his fascinating family history. Especially how he got to be a PT teacher because his dad wisely got him to leave our state to shield him from all the Naxal movement that was holding ground. And how he aced some of the athletics tests (I think in Gwalior) and the rest has been history.

There are a lot of memories I have of PT Sir. Two stick out. The first one was the day when I broke out into a bout of typhoid (see a previous blog about our Geography miss). He was the guy who had taken off his jacket seeing me shiver and put it on me instinctively. I remember bobbing in and out of deep sleep – and I felt a little comfortable at one point of time. Opened my dreary eyes and realized I had his jacket on me and he was standing next to me.

The second incident was very funny. As a background, just like many who know me today and not from before get surprised when they see any old picture of mine with a head full of thick and lush hair (I was not born this way, you know 🙂 Actually, I was. But that is not my point 🙂 ) similarly, they would find it very surprising to know that in spite of all my running and marathons and attention to physical health today, I was a terrible athlete most of my life. Using the word athlete itself would be a stretch.

I was a very wiry, nerdy guy. With parents extremely focused on my studies. I liked playing. And would try to do so whenever my parents were not watching. But I was outrageous in my skills. Rumors in school had it that I would not even know which end of a soccer ball to kick. Regrettably, there was a lot of merit to it. On an aside, I played soccer for my college team later in life but I will tell you that story later. It was more of a question of relative excellence since I studied then in a part of India that was not too familiar with that sport 🙂

If following PT sir’s instructions to run after the ball was not scary (because seven other guys would outrun me to the ball), attending the PT exams was an outright nightmare. I think it was such a test in my eighth grade. Or was it my ninth grade? In any case, he split us into two teams to play field hockey. In that entire period, the sum total of times that I touched the ball was – mmmm… let me think … if I count all the flicks, long shots, short passes, hard hits and accidental brushes with the ball….. ummm.. yeah, it was a big fat ZERO 🙂 In the end PT sir gave me a chance to hit the ball in the goal with nobody around but just the goalie. It took me three independent attempts to connect with the ball. That one time that did connect, for good measure, I connected with a whole lot of ground too. My chattering teeth moved much more than the ball did.

In any case, at the end of the whole episode, PT sir declared the grades for each students. I was one of the only three students to have achieved the distinction of getting a “C” grade. Everybody else got “A” or “B”. In fact, most got “A”. Frankly, it did not bother me. My parents would have not let me back in to the house if I ever brought back a “B” grade in any subject, but they did not care about my PT grade.

The funny thing happened a little later. First, I would not say that I was not disappointed. I was hoping for a “B”. May I remind you that I did connect with the ball eventually and it did head out in a generally appropriate direction? An “A” would have been uncalled for since it stopped within about a foot. A couple of my classmates – I distinctly remember Kushal, Jayanta, Sanjiv and Biplab walking up to PT Sir and saying – “Sir, O class-er first boy. Okay C grade dilen”? Basically they pleaded for a better grade for me on the grounds that I was the “first boy”. PT Sir, in one of those “I may be a teacher but I am your friend first” moment, promptly upgraded me to a “B” grade. I was elated! I plotted how to come up with stories of my excellent footwork and all that while explaining my hard earned “B” grade to my parents – then thought the better of it and opted for the real story. My dad had a good laugh!! My mom – who would have a fifty fifty chance to knowing which end of my hockey stick to hold – totally thought I deserved it. On a good day, I might have even got an “A”, she thought.

You can only imagine PT Sir’s surprise when I told him about my marathon runs. Once he had settled down from his guffaws, he looked at my brother (who, by the way was a true athlete and PT sir’s favorite student) and he confirmed what I had just said. In one of those spontaneous moves, PT Sir came over to me and shook my hand!! I could not believe it!! That was my triumphant moment!! I had finally earned our PT sir’s respect! Finally I got my “A” grade. Without any assist from Kushal, Jayanta, Sanjiv or Biplab!! Eleven years of trudging along the trails in merciless heat, torrential rain and bone chilling snow – all of that was made totally worthwhile – by that one handshake!!

I am a painfully slow learner but I eventually got there. Over thirty years later!! 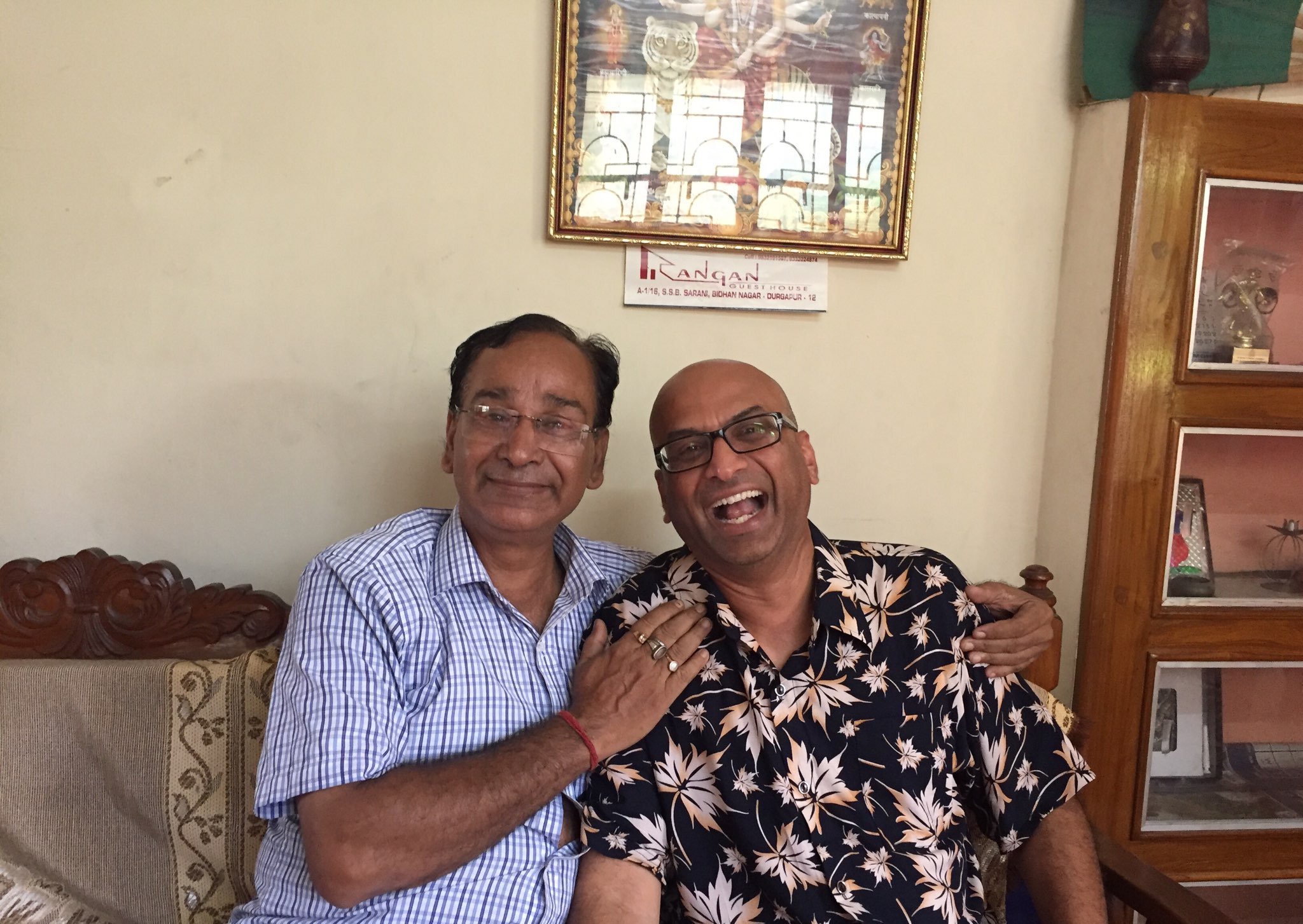