Time to visit another teacher. I called up a number I had obtained recently. I was assured that was the right number.

“Achcha eta ki Mr. Nandy’r nombor?” (Is this Mr. Nandy’s number?)
“Hnah. Ke bolun to?” (Yes, Who is this? – he addressed me in the form of grammar used to address elders in Bengali)
“Sir, Amaakey aapni bolben na. Aami apnar purono student. 1983 batch. Naam Rajib Roy”. (Sir, don’t address me that way. I am much younger. In fact, I am a student of yours from 1983 batch. The name’s Rajib Roy”

“Rajib Roy maaney amaader Rajib?” (Rajib Roy? Are you our own Rajib?)
That was a very confusing question. I had no idea which Rajib he had in mind. This was getting more confusing than his alligation problems from Jadab Chandra Chakraborty math book.
“Kon Rajib bolun to”? (Which Rajib might you be referring to?) I asked.
“Narendrapur to?” (He referred to the school I went to for 11th and 12th grade)
“Osadharon smriti shakti aapnar”. I told him I was amazed by his memory.
“Aarey, tokey ekta cost accounting-er boi thekey khub shokto onko eney diyechhilam, mon-e aachhey?”

While life has prepared me for a lot of a situations, certainly it did not for this one where my math teacher from seventh and eighth grade not only pin pointed me from among thousands of students who he must have taught over the decades, but remembered the exact problem he had given me. I had no living recollection of that problem.

But then again, that is our Sir Nandy! Like I had mentioned in a previous post, between Sir Nandy and Sir Roy, you could not possibly escape getting the soundest of foundation in logical and mathematical thinking. I visited him yesterday. This was the first time I saw him after 1983!! A short 45 minute planned meeting went for nearly two hours.

I got to know his family history. As students, we never had shown interest in understanding our teachers’ backgrounds. We talked a lot about our school and how education has changed over the years. I also got to meet his daughter who is headed to the USA for her MBA degree. We talked a lot about living in the USA. By the way, I am impressed with the youth of today and technology. She has never seen that country (or any other country for that matter) but through the internet, she and a couple of her friends have already fixed a out of campus dorm, figured out what to buy from Bed Bath and Beyond and all that. At that age. I would have been lucky if I could figure out how to spell the American university name properly. And the state name if I really went Beyond 🙂

But nothing was more fun than discussing with Sir those problems where people, with no apparent real jobs would keep mixing milk and water repeatedly from two containers and then we had to calculate the proportions of each. Or those tubs of water that used to get filled with a tap but also seemed to mysteriously have a hole that water escaped thru and the hapless students like us had to figure out when would the tub get filled up. If ever. I mean, if ever, we could figure it out 🙂

“By the way, what was that problem you were referring to?”, I asked. The story I got from him was, apparently, I used to finish up my math problems in class quickly and sit down and idle in class. To keep me busy, he used to bring new problems for me – increasingly more difficult. Then he got frustrated – his words, not mine. Because I kept solving them. As he explained to my brother who was with me and also was his student – “Aami-o chharbo na. Oke aami thhekaboi.”. Basically, he felt he had to come up on top of this what he perceived as an escalating war. That is when he fished out a cost accounting book from his college days and chose the problem for me that he referred to in the phone call.

“Did he solve it?”, my brother asked.
Sir Nandy laughed out aloud. “What do you think?”.

I kept smiling sheepishly because. frankly I had no idea if I did or did not. But I am going to take that as a yes. Or that is the story I am going to stick to when I narrate this story to dad tomorrow. Else, he will make me call Sir Nandy up again for the problem and won’t let me go out for a run till I solve it successfully. I am telling you, my dad has not changed much.

That was a blissful time spent with Sir Nandy! On our drive back, I was not sure what I was more happy about – that I got to see him again after 33 years or that he had such detailed memory of me. I must have done something right somewhere, either way!

P.S. I have tried my best to write this in a way I do not come off as a self-boasting or showing-off person. I am sure in those days, I was an idiot. But hopefully, today I am not. In spite of my efforts, if this has hurt your sense and sensibilities, I sincerely apologize. 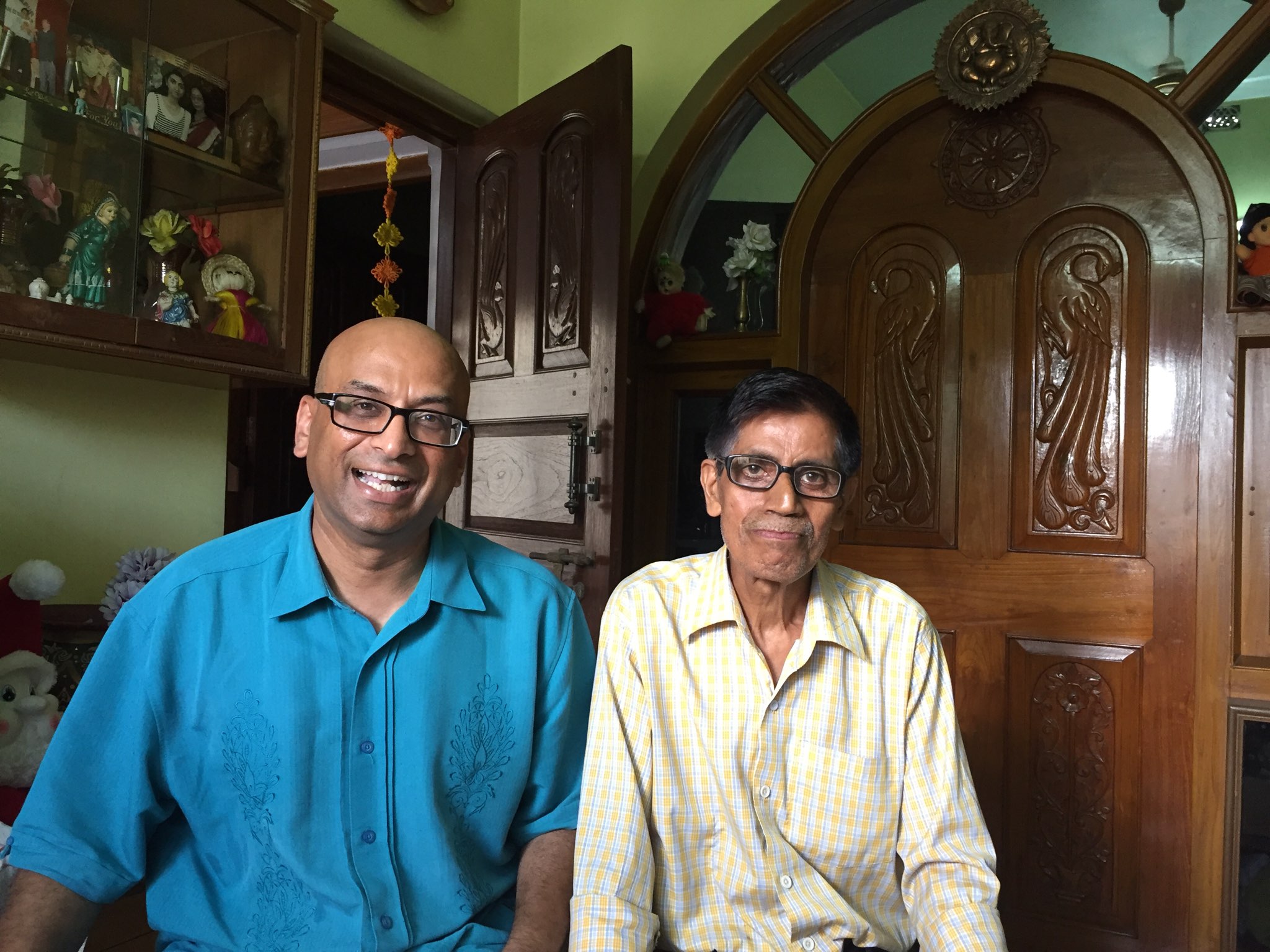