Bhowmic miss! Or as we called her – “Geography miss”

After visiting Mr. and Mrs. Roy, the next stop was to cover my next favorite subject – Geography! Fortunately, I have been in touch with Mrs. Bhowmic for some time – although I had seen her only once in the last thirty years or so. She is even on my Facebook friends list.

Mrs. Bhowmic and geography has been synonymous to many of us. For students like me, learning geography started with Mrs. Bhowmic in 7th grade and finished with her in 10th grade. My dad and she are the two persons in this world responsible for my loving world geography to this day. My dad, even now, will pepper you with questions like capitals of countries and river names and all that if you do not have your guard up. Mrs. Bhowmic, fortunately, focuses on more varied topics!

But there was another side of Mrs. Bhowmic. She was my classmate’s mom too. Her son Abhik and I were classmates for six years in the same school. So, I got to know the family a lot more closely than that of most other teachers. And that connection, as I said has continued till today.

Many of you who know me from much later stages of life will find this incredulous but I used to have a head full of hair. And very thick too!! (I know, I know this one is for Ripley’s Believe It Or Not 🙂 ). In any case, Geography miss used to often comment about that in the class. And she brought it up last night when I went to meet her again!!

Another lasting memory I have from those days was my annual exam in seventh grade. While appearing for my Geography test, I came down with typhoid. I started shivering two thirds into the time period and managed to somehow finish it up. I remember that my vision had become blurry and I was struggling to keep my head up. Eventually, I gave up. The next thing I knew was I was lying down in our principal’s room, our PT teacher had thrown his jacket on me (I was shivering a lot) and Mrs. Bhowmic was next to me. Then I blanked out.

Couple of weeks later, I was back from the hospital, still very weak and mostly in bed. My dad came into the room after having visited the principal. He was worried that I would not be promoted to the next grade since I missed all but three of my annual exams. (We needed minimum marks for the whole year but I had no chance of clearing it). Fortunately, our principal told him to quit worrying. When he was there, he ran into Bhowmic miss. And as my dad narrated it, apparently she had said “Aapnar chhele to jor niye-o geography-te first hoye gelo” (basically, I had lucked out and topped the test that year). So, I told my dad that I wanted to be a geologist when I grew up. He told me – No, you have to be an engineer or a doctor. And that was that 🙂

It was so great to see her after such a long time. I got to know a little more about her personal life and the circumstances under which we lost Mr. Bhowmic at a very early age due to misdiagnosis. But what was most teachable for me is her spirit of fighting it out. She still lives her own independent life and keeps up with teaching.

I have always considered – right from our school days – that Mrs. Bhowmic has been one of my most ardent supporters and cheerleaders. She still is today. If nobody puts a “like” on my FB posts, she would be sure to go put one!! 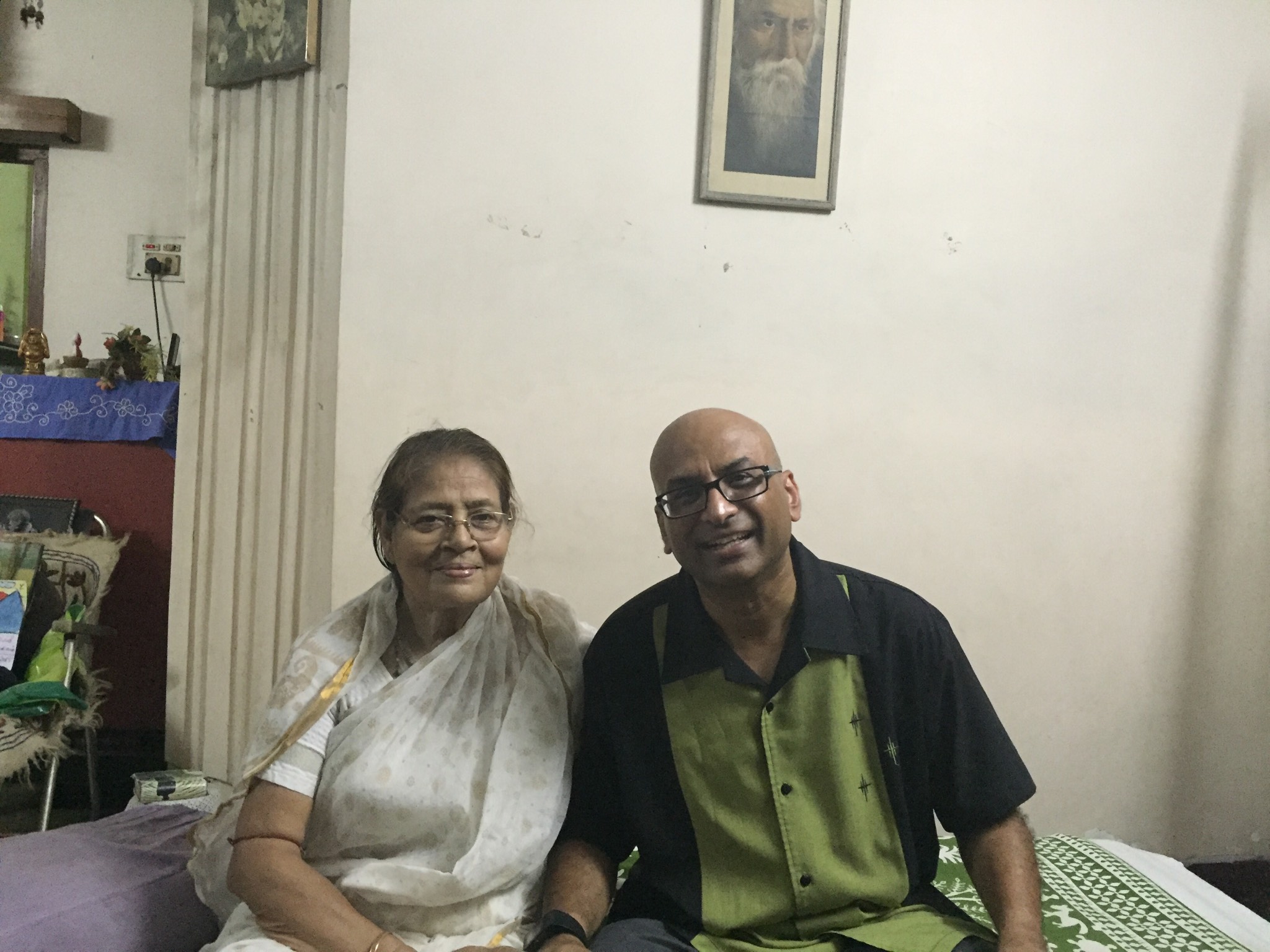