Another morning of discussions

Today he talked about religion. I am aware that this can be a very divisive topic among my readers – so I am not going to expound on it. I will say that I was superbly impressed on how his views on various religions as well as atheists has become nuanced over the years. His bed is strewn with various religious books – you can see the Gita, a Bible, some books on Ramakrishna lying next to his inhaler and medicines!

One humorous anecdote. He talked about Ramakrishna’s famous saying “Taka maati, maati taaka” (which basically denounces the focus on money – saying wealth is dirt, dirt is wealth). At this point, I interjected. To bring in levity I asked “Then why were you complaining that the banks are not increasing their interest rates for you?”.

He gave another – and a rather convenient interpretation. He said, if you have money, we can buy dirt (land) and then as the price of land goes up, you make more money.

I think I can deal with that religion 🙂 It was good to see that he has not lost his sense of humor!! 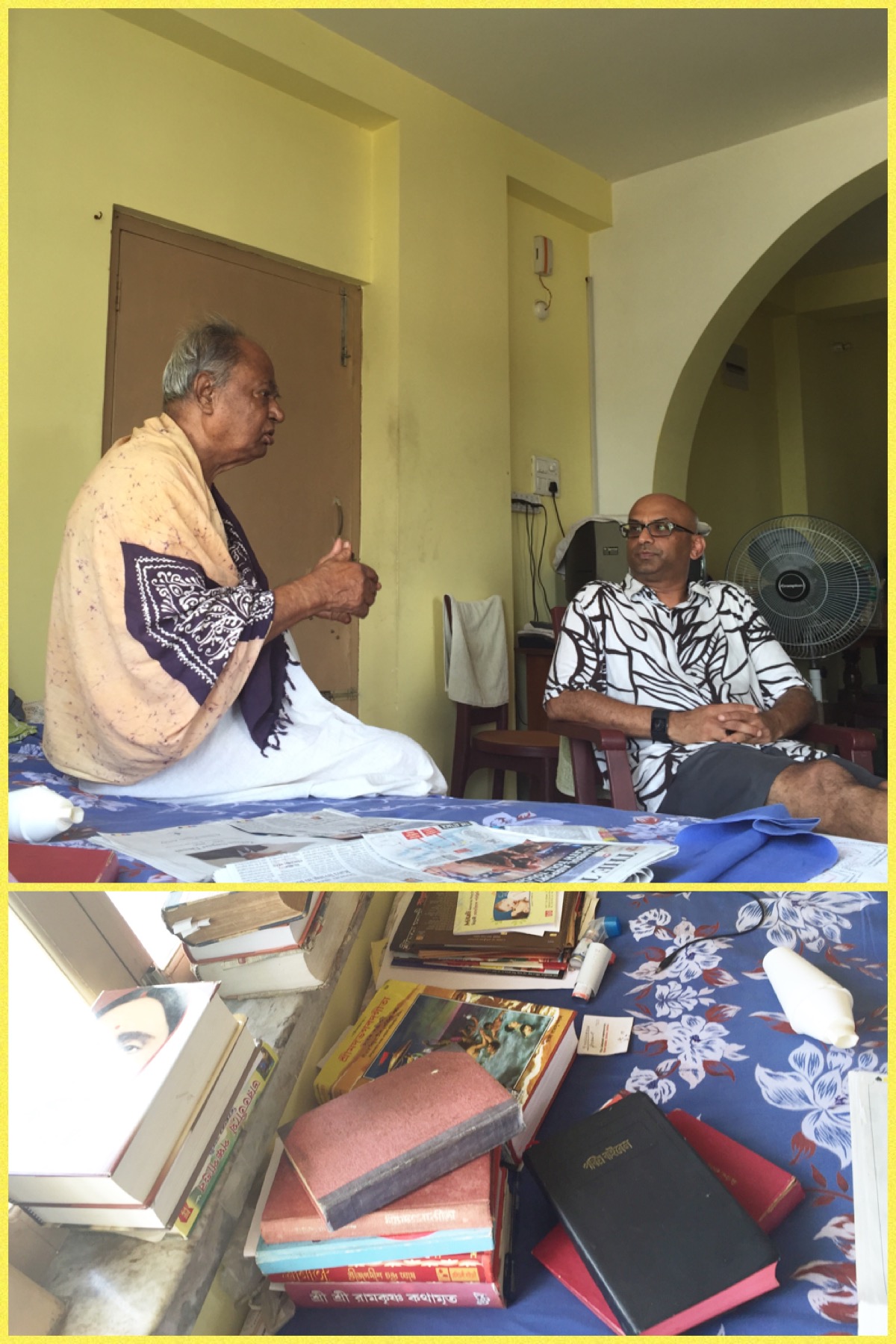