This morning after 10 am, both the parents retired. Dad had talked a lot this morning. And mom needed to take her sleeping pills. Not having much to do, I went downstairs to my sister and asked her if she wanted to go out with me. She readily agreed – which was good news for me since I needed her to drive me around 🙂

The two of us visited my friend – Satyaki Lodh’s – father who lives in an old age home about 30 minutes of drive from my parents. I met him for the first time three months back during my last trip to India.

He seemed to be pleasantly surprised to see me. I was a little surprised that he remembered me. He is 89 and has memory lapses. But he softly told me that I am the only person he knows who knowingly shaves off his head. I agreed that he had a point there.

Like last time, he was quiet most of the time. My sister, who was impressed by the old age home had a lot of questions for him. He answered them softly. But there was a common theme between him and my dad. He too, said that he has no reason to live anymore and would rather die peacefully. My dad is better this time but the lack of a purpose to live at an old age is a real challenge – at least among the few people I know in India.

It was good to see Lakshmi – his attendant again. I need to write sometime about lifestory as I had learnt it and how she has fought thru her life to raise her two sons – who happen to be of the same ages as my daughters.

And I made a new friend too – Mr. Biswas who lives there with his wife. Their only son is in Germany. He did most of the talking till we left about an hour later. He had a lot to say and after some time I was not too sure if the quiet Mr. Lodh was enjoying all this or just waiting for us to leave him at peace. He did put that doubt to rest a few minutes later.

Just as I took leave, the otherwise very quiet Mr. Lodh, told me “Abar eso porer baar. Bhalo laagey erokom du minute-er jonno-o dekha hole”. (‘Come by next time too. It feels good if you drop by even if for a few minutes’).

I sure hope he meant it. Since I do plan to drop by again. 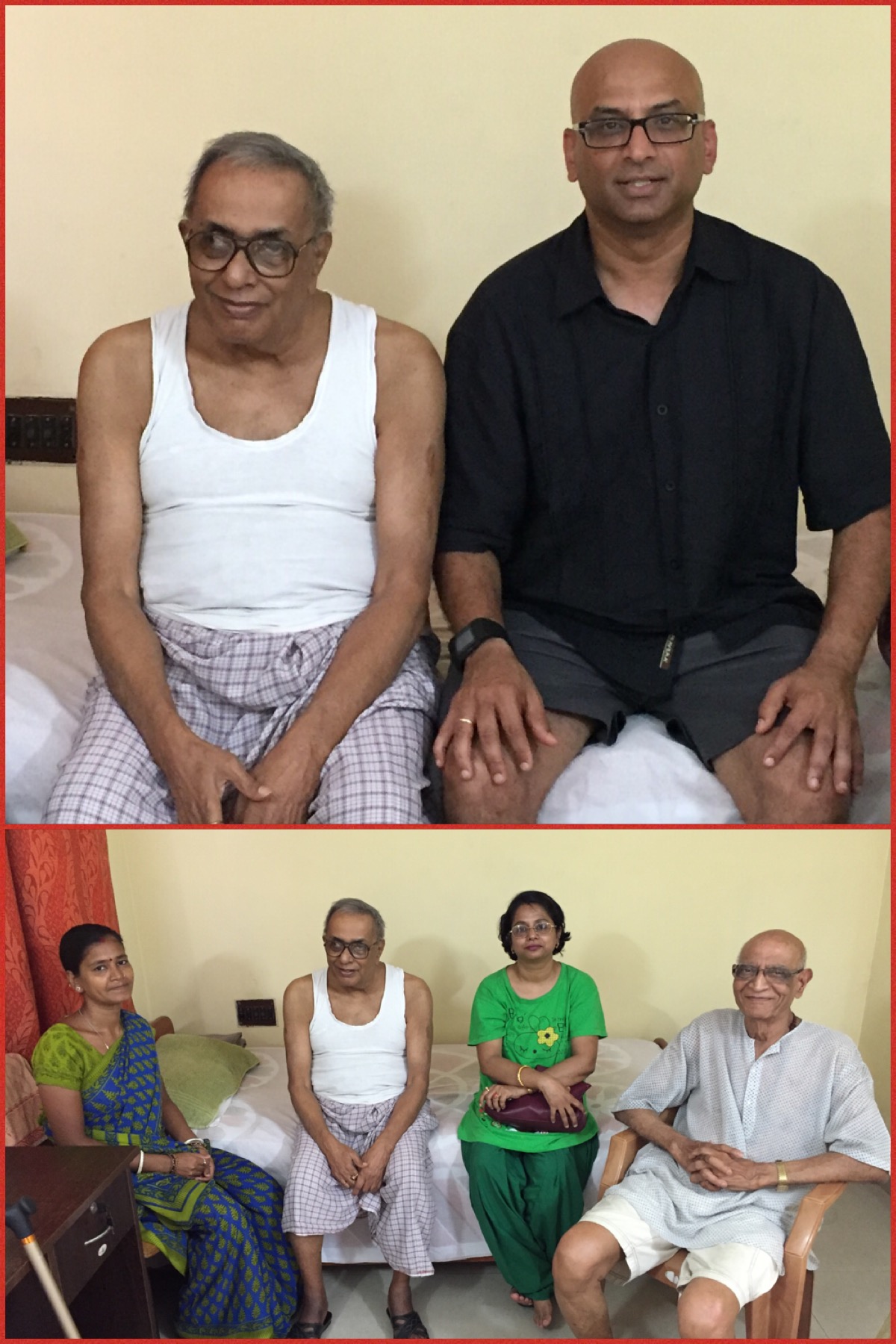