The smallest of things sometimes makes the biggest of a difference

This morning, when everything had quietened down, I was just sitting down by myself, relaxing in the front room of my parents’ house when I noticed that dad was engrossed in reading something. From the distance, I couldn’t figure out what book he was reading but he seemed to leaf thru the pages front and back – as if he was comparing notes – and often kept talking to himself under the breath and sometimes smiled. Not wanting to break his concentration – I love watching people – especially kids when they are absolutely in the “now” – I just watched him for some more time. Not even for once, he did lift his head. Just going backward and forward thru the pages and kept comparing notes…

Finally, my curiosity got the better of me. Very softly I asked my mom who was sitting next to me – “What is he reading?”. My mom then told me the whole story (loudly enough that it broke his concentration, but since he is hard of hearing, he did not follow the conversation anyways).

About a year and half back, I was able to take my dad to visit his birthplace. That was after years and years of cajoling him. You can read about it in my blogs from Jan 2015. In any case, having lost his dad when he was two and a half years old, I guess property disputes led to his mom, elder brother and elder sister getting evicted by my grandma’s in-laws (society was cruel that way those days, I guess). He has very bad memories of being put in the streets and the long trek to my grandma’s brother’s place and losing his sister during the trek.

In any case, the important thing was that he was able to get over his scars and visit his dad’s place and his birthplace. He was mesmerized to see the temple that his dad had built (my dad was even named after the same God that the temple was dedicated to). He even had pointed to the street that they had taken his dad’s body away on and how his mom sitting on the verandah and crying then. That trip, above all, lifted a big part of his mental block.

I have always thought that it would go down as one of my biggest contributions to his late stages in life. But I did not realize that the story never ended there.

You see, after I went back to America, I had picked about 50 of the best pictures from that trip and made a photo book out of it – you know those that Apple makes for you. To add to the memories, I had put in the Google map of our route and satellite pictures from Google Earth of the property and the temple.

Little did I realize what special position that book has taken in his daily life. Apparently, he keeps it next to his pillow all the time. Once or twice a day, he pulls it out, my mom said, and spends hours leafing thru the pages. In front of me, twice he touched the book to his head (in Indian culture that is a show of respect). It would appear that those few glossy pages that Apple printed for me is his daily connection to his dad that he barely remembers and the temple that has stayed till date as their common connection. God knows what all thoughts he goes thru when he smiles or compares pictures in different pages.

It did make me wonder what life is like without having a father to look up to throughout the formative stages of life. I have been lucky that I still have not had to face a day without my dad. I dread the memories of missed opportunities to show respect I might have when my Apple book gets printed. 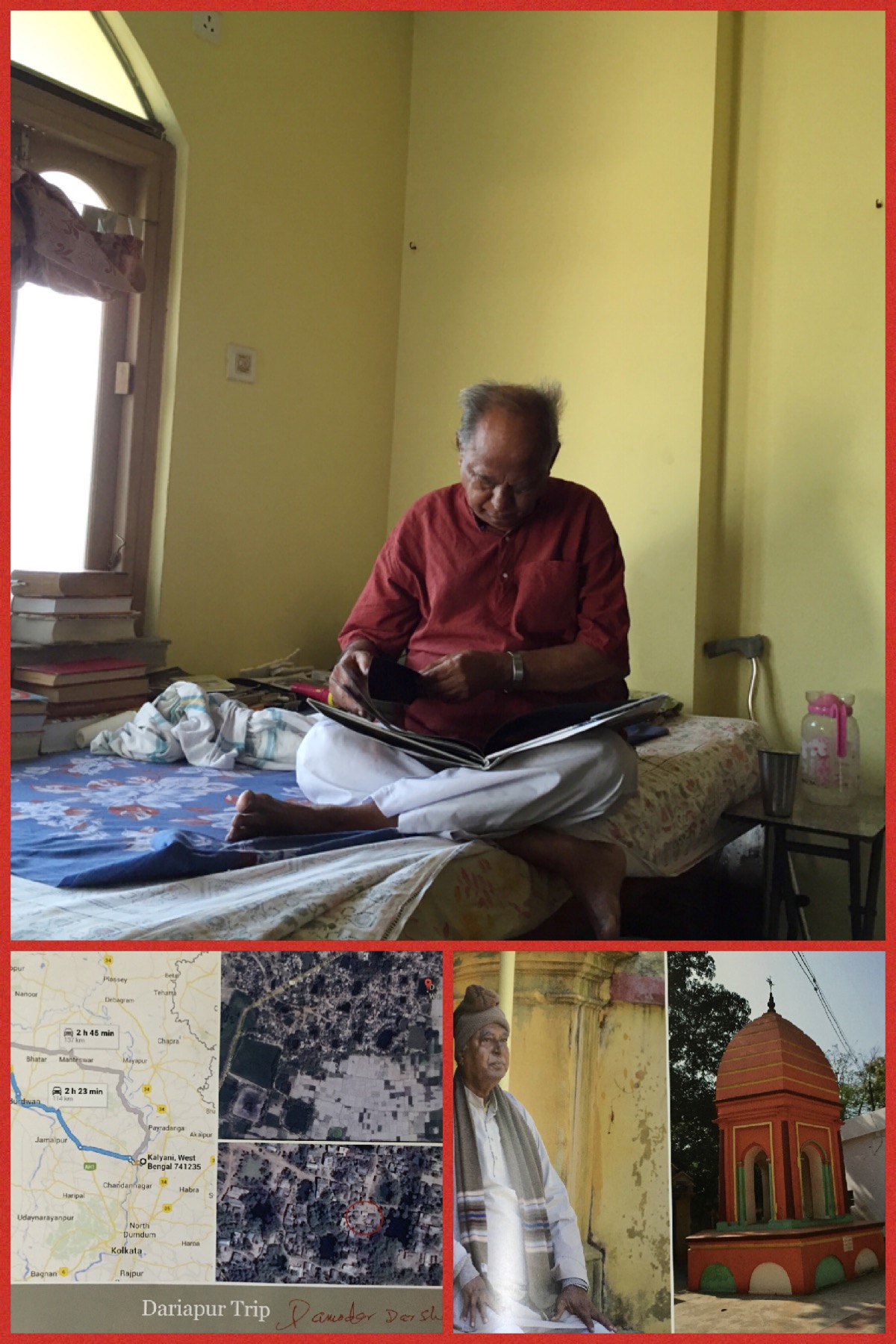