Woke up early in the morning and started driving towards Cedar Park. It was going to be roughly a two hours drive but thru some of the most beautiful parts of Texas. Yes, Texas has some really beautiful hilly parts to it. However, I was slightly distracted because the person I was going to meet – Bob Hart – who I met back in 1995 had been diagnosed with stage 4 cancer. I was not sure what to expect.

Three decades back, I was in development and Bob was in IT and let’s just say, Bob had his hands full trying to keep us disciplined from hacking into all sorts of things. And that is when we were not busy whacking away the main network cord with a sharp left jab of a ping pong shot (courtesy Vasu). Yes, in those days of start ups, we thought nothing of putting the ping pong table right in the muffle of the network room!!

Coming back to the trip, I might as well have enjoyed the beauty that Texas has to offer. Cancer surely has taken a great toll on Bob – visually thirty pounds for sure – but has not broken his spirit one bit! If anything that sharp sense of acerbic humor has become even sharper. Sure he had late stage cancer. Sure they had to cut him up. And sure that has not eliminated all the malignant cells. With the result that he has to go thru – hold your breath – six long months of chemotherapy to beat back those cells. Every session of chemo is worse than the previous one – I can only believe how painful the journey is going to be for Bob.

But, I tell you, that is one guy ready for the journey. He taught me about the disease and details of his treatment plan more than most doctors would probably tell me. We had great laughter and caught up on our good old friends.

I wish I could hold up guys like Bob to the whole world to see what true fighting spirit is all about. Especially me – when I complain about the smallest things in life! 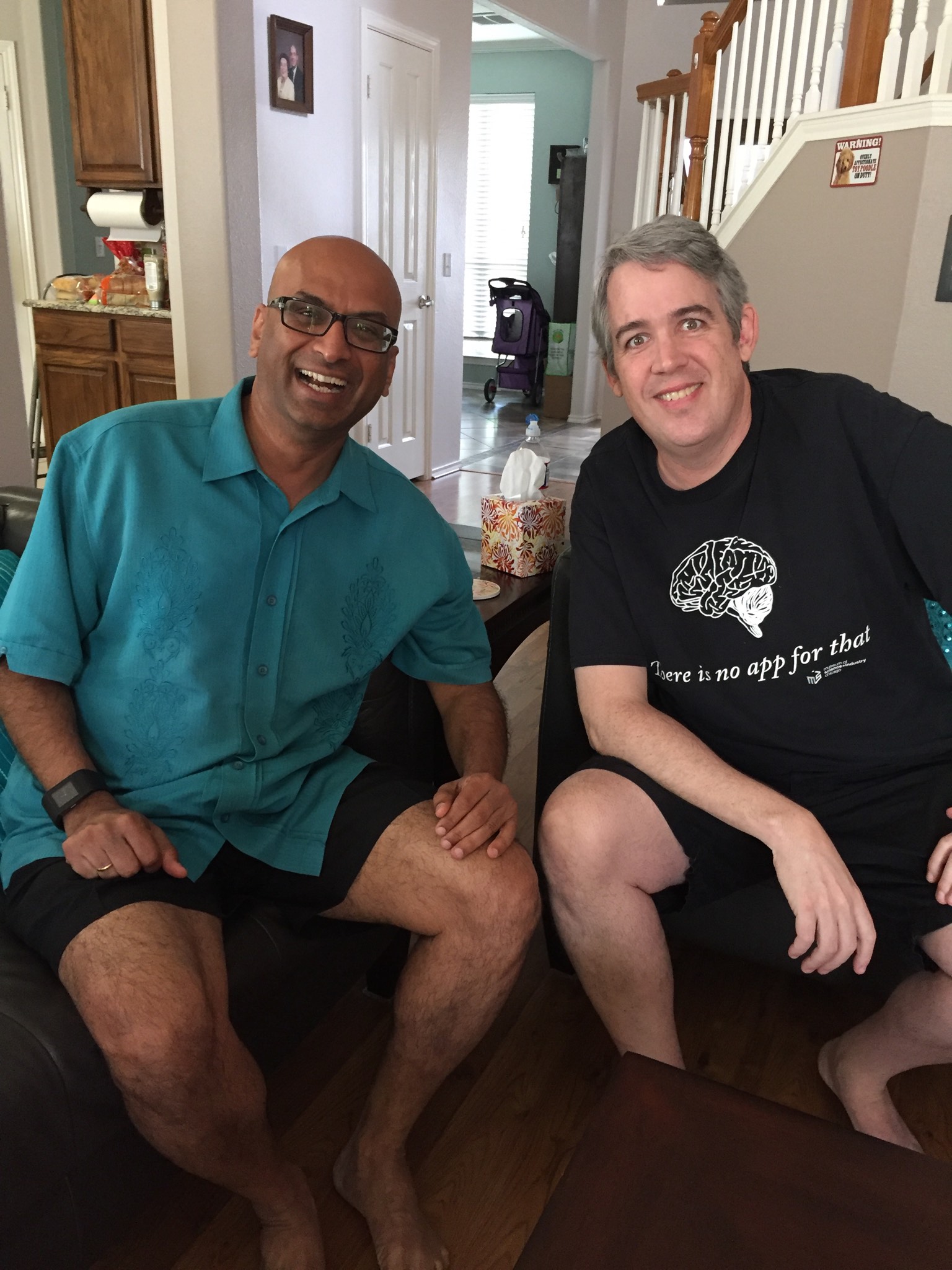