You would think that after years and years of having the same routine every morning – go for a run, go to the gym to take a shower, drive to office – I would be able to pack my gym bag in my sleep. Apparently, I can’t do that even when I am awake!!

I certainly had remembered last night while throwing in stuff in the gym bag that it was going to be a Friday today and therefore it was going to be casual clothes for office. However, in the bargain, I completely forgot to throw in my shoes 🙁

Sitting in that gym bench in the locker room, I contemplated for about a minute, weighing in my options. And then finally just walked out in a pair of understated jeans, a casual black shirt and a decidedly garish neon pair of running shoes 🙂

After walking into office, I went from door to door asking people how I looked 🙂 Most were polite 🙂 Some even suggested that if anybody could pull it off, it would be me 🙂

Which kind of makes sense. As unseemly as those shoes look, without the shoes, the rest doesn’t look much seemly either 🙂

Bidisha – this one is for you – #100ridiculousdresspact 🙂 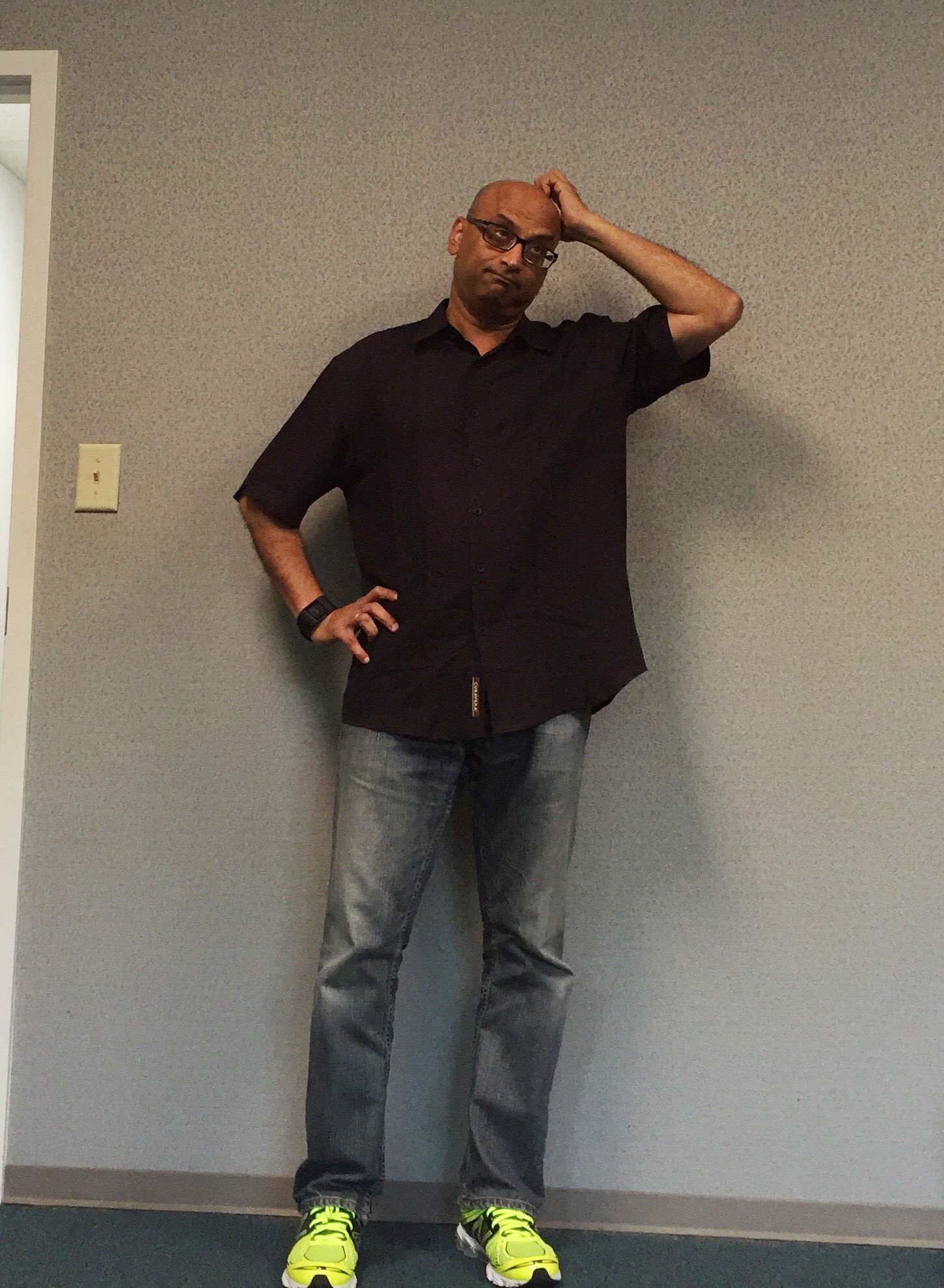