It was yet to be 4:30 AM. I was on my way to Portland airport to catch a flight back home. Called up mom and then my brother. As soon as my brother started talking, I could hear a yelling of “Jethu?” (which is what my nephews call me – it is the Bengali word denoting dad’s elder brother) and then I figured the nephews had snatched the phone from my brother and were talking all over themselves trying to tell me something very excitedly.

Once they had stopped to take a breath, I asked them to calm down and explain the whole thing from the beginning. What I gathered was the following – my sister-in-law is in China now for school work and my brother had brought the nephews to my parents house for a few days. So far, this was old news to me. I kept mechanically driving to the airport as they kept telling me what I already knew.

Then the conversation took a quick turn. Turns out that on Day 1 with grandparents, they got their heads shaved. Why would they get their heads shaved, I asked myself?? In our culture, that is the custom if one of your parents die – which clearly was not the case here – or perhaps if you had an attack of lice or something even more sinister – which would be a shame. In my confusion and surprise I missed my turn to the airport 🙂

It seems my dad told them the story about how when my brother got his head shaved at their age [Oh! yeah! in those days, as a kid, we used to get our heads shaved a few times. We used to be told that our hair would grow stronger and better; I have lived long enough to know that there is no truth to that advertising 🙂 ], my sister and I used to write with “dot pens” (ball point in today’s terminology) on his head. The nephews found that story very funny. Presumably, which was what my dad’s purpose was.

But then the two brothers started asking themselves how come they don’t get their heads shaved. Having not come up with any good reason, they approached my brother. Who had the same logical question every rational thinking dad would ask. I understand the younger one, in sheer desperation, came up with the following – “Jethu-r moton dekhtey laagbey, tai”. (“so that we can look like Jethu”).

My brother, apparently not convinced that the world has suffered enough with looks like mine, quickly obliged and a short trip to the local market later, they came back with this… ahem… “barber”ic act 🙂 My brother said that the whole day they had been waiting for my daily call to tell me about their moment of “crowning” glory.

Once I understood the whole story, I got in on it too. “When I come to India next end of June, we will all get shaved together and take a picture”, I offered. To which, the elder nephew protested. “What happened?”, I asked. He demurred that the kids in school would make fun of him. I figured they still use “dot-pens” in school these days 🙂

So, we opted for the second best course. They took pictures of themselves and sent them to me. A little stitches here and there, I was able to put together the following picture. Which should make you laugh in stitches. 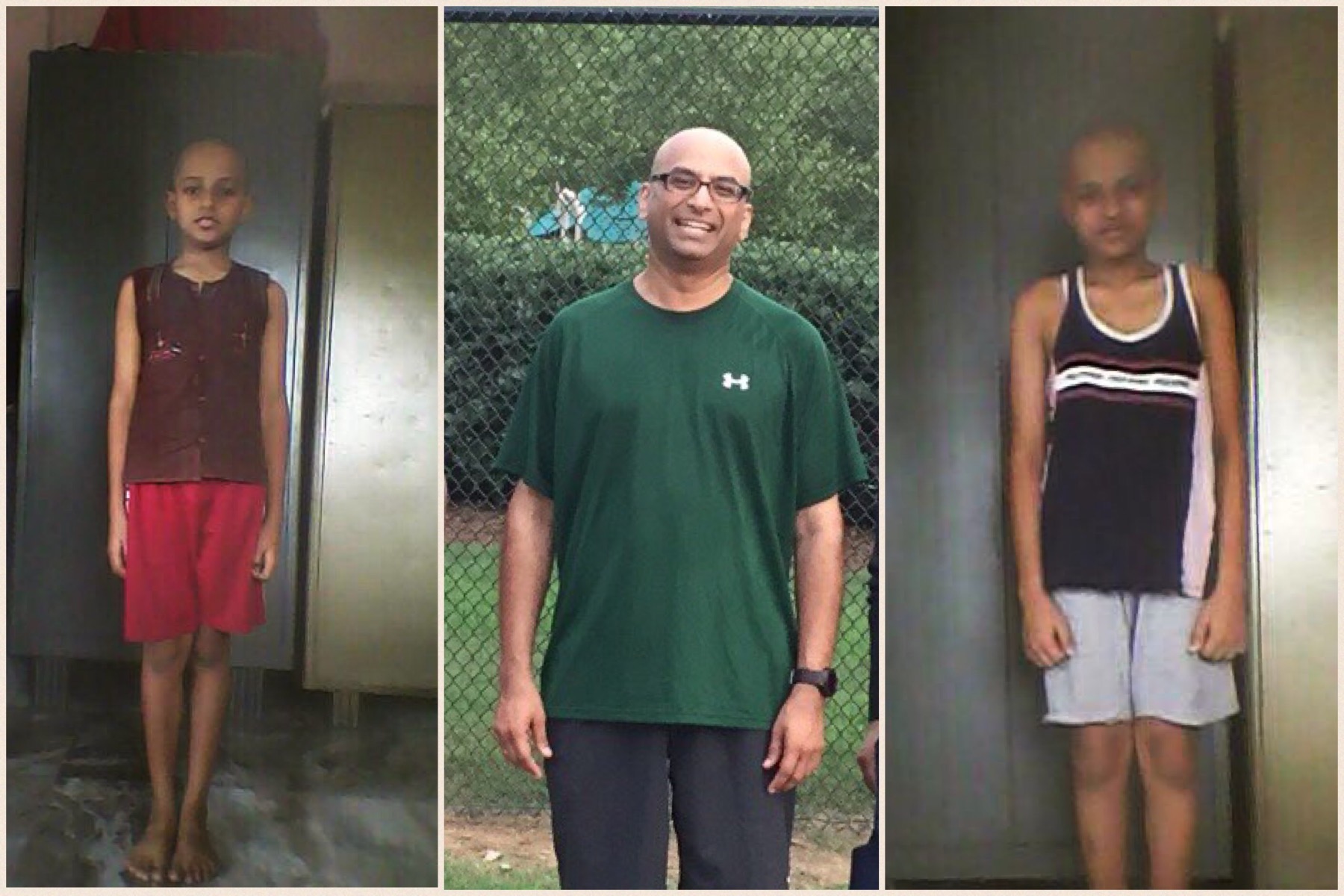