How a stranger pushed me hard

“So, how much did you put in today?”, I asked the young guy who pulled out of the trail into the parking lot sweating from head to toe early in the morning.
“Seven miles, sir”, said he as he tried catching his breath.
I gave him a quick look over. He looked like a very athletic guy. Tall and with a runner’s figure. I was quite sure he was a regular runner.

“Are you in high school?”
“Yes, sir. South Forsyth”.
“Cool! Are you in the track team?”
“Yes, sir!”
“How long did it take you?”
“Fifty minutes, sir.” he said, after consulting his Garmin.
“That is outstanding – 7 minute miles. I can only dream of that!”
“Oh! I got very young legs”, he said, after he had looked me over and decided I must be at least three times his age. Which, I was.

For ten minutes this young guy – a rising senior in high school – and I chatted about what he wanted to do in life (engineer, as it turns out) and how I thought very well of his dream school – Georgia Tech. He then left, saying he needed to get to school.

And I started slowly walking to the head of the trail. I was doing the mental math..
“Wow! 7 miles in 50 minutes. My average speed – if I push myself over 7 miles – would be 10 min/miles. That is a clear 20 minute difference”… I kept thinking.

Then there was something he said that came back to my mind … “I have very young legs”. That is true, I admitted to myself. I am probably getting to the last few years of running if my legs hold up. I already have serious IT Band issue that I can’t seem to kick and that in its turn is affecting my knee already.
But then I also argued with myself – “Why give up till the legs actually give up?”

I forgot to ask the kid his name. But if he was around, I would have said “Jonas” – assuming Jonas was his name – “Today I am going to split our difference in half”. I will try and put a seven miler in an hour. The worst would be that I would walk back if the legs gave up.

Moment the Garmin beeped for first mile completion, I took off. I was going to make it in 60 mins or accept that I have gotten old. That was scary enough. Kept pacing faster. Finished the next mile in 7:50. Third mile was a defining stretch. Kept telling myself – “Pace yourself, pace yourself” and then tried doing the subtraction and division thing again, got completely confused with numbers (getting, old? haha ) and just blindly ran.

Fourth mile kept at a slower 8 min 11 secs. Had to pull over at the end of the trail and have a drink of water and turn around. Stretched a little – and back to trail. Half way done. I might just have a chance…

Now the calculations had changed. The subtraction and division (by 2) had become considerably easier. Now, it was about how many seconds am I “banking”. If I keep at this pace, how many seconds can I slow down by?

8 min 7 seconds for the sixth mile.

Seventh mile has a slight uphill. Gave my everything to run up. Was counting on the traffic light at the top to give me a few seconds to catch my breath. Wouldn’t you know it? Today was the day where everybody had stopped because the sign was on for pedestrians to pass. Sucked it up and finished up the last part without passing out.

I was pretty much ready to pass out at the end though. I would have had too, had I not finally taken in the stats on my Garmin and realized that I had managed to beat myself in my own game… 56 minutes 50 seconds. Not that I needed anything else to boost me up but Garmin telling me that my 5K was at 24:24 and 10K at 49:17 certainly did not hurt. Running is not about beating others so much as beating your own self. Without hurting.

Speaking of hurting, here is a funny thing that happened. 12 hours after the run and I am writing this. Not a single pain in my legs. The knees, the calves, the hamstrings and the gluteals – not a boo from them. I suddenly remembered what Shelly had told me once – “speed up if you want to reduce your injuries”. I never believed her. Till today.

Okay, old age. Your move, next. 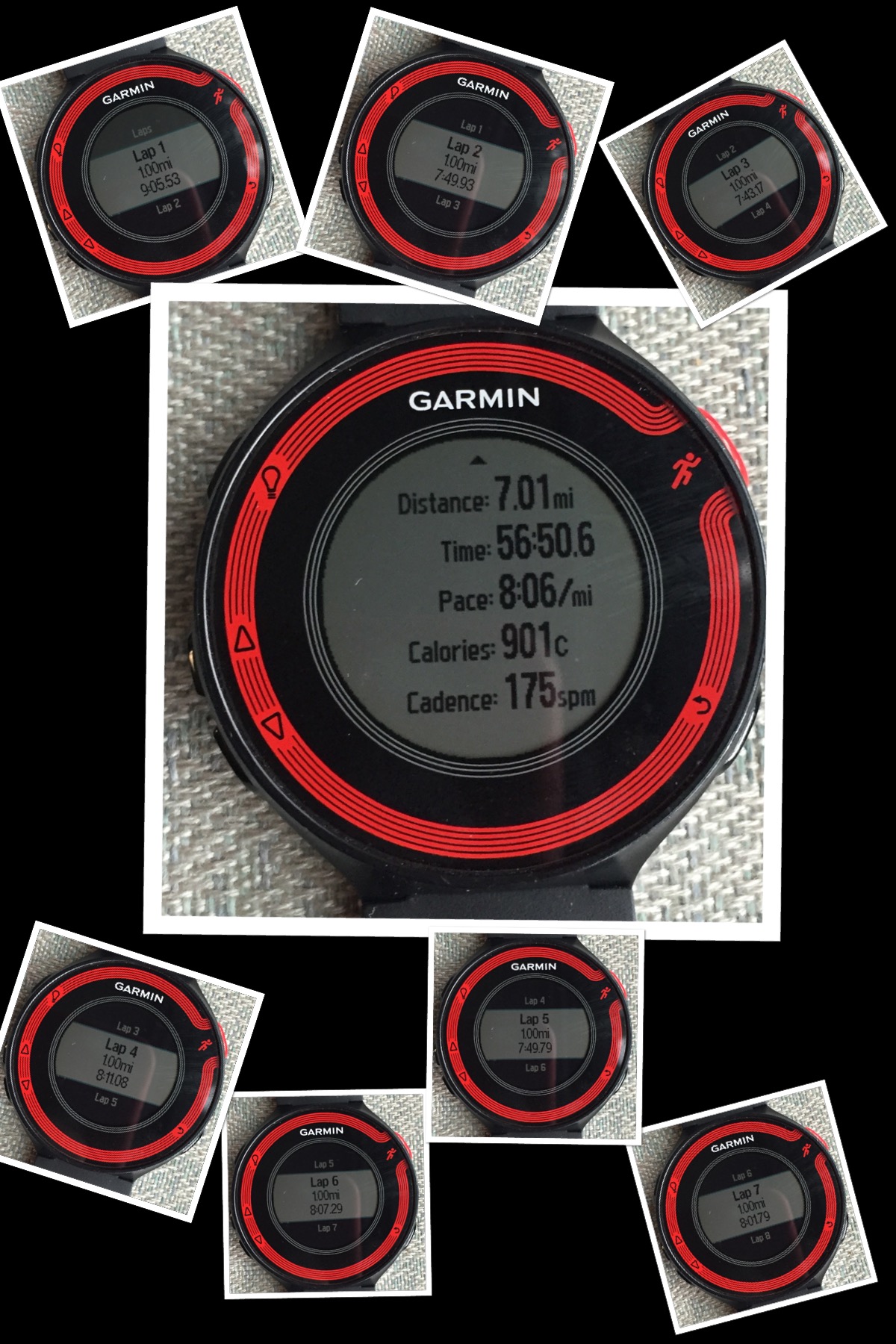