Friday Evening – His and Hers

Office work over, came back home and made a beeline for the bar. She wanted a gin based drink but I was in the mood for some bourbon. So two cocktails tonite.

First, hers – on the right. This is a variation of standard gin and tonic. The Gin is Tanqueray Rangpur. Rangpur is a part of Bangladesh that is famous for a citrus fruit that looks something like a mix of lemon and mandarin orange. It is often refered to as a lime but the taste is distinctly different. The Tonic Water is Fever Tree Indian Tonic Water. The quinine is sourced from the Republic of Congo and Rwanda while the ginger comes from India and Cote d’Ivoire. A slice of cucumber slipped behind the ice brings out more freshness in the drink.

Then, his – on the left. Usually referred to as a Scottish Guard, this is made with Bourbon Whiskey (I used Four Roses Small Batch) with lemon juice, orange juice and grenadine. The origin of the name is commonly attributed to the fact that this was a very favorite drink in the Officers’ Mess in Scots Guard. This is supposed to be served in a martini glass but I decided to play against the rules. 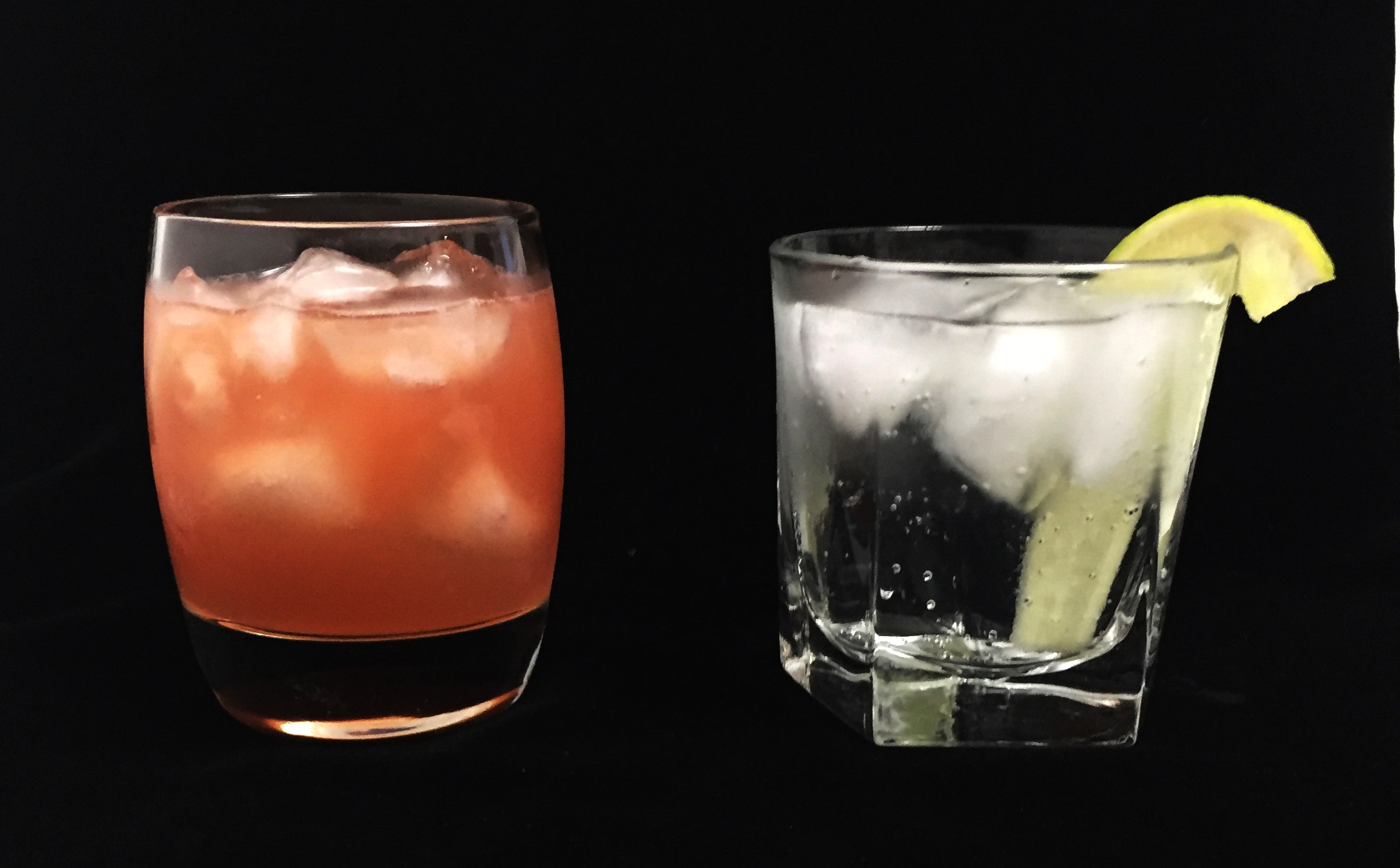 Posted May 6, 2016 by Rajib Roy in category "Cocktails