People complain about Delta flights being late all the time…

I like to think that they are “appropriately” late. For example, I think their flight to Atlanta being 15 minutes late makes total sense to me. Otherwise, I had no chance at all to make it to the flight 🙂 When I ran into the plane, I had already violated the 10 minute rule. Fortunately, I had called in Delta from the rental car center and requested them not to give the seat away.

Everything had gone swimmingly well per the plan after I pulled over from the highway. It was a great park and the Delaware River views were beautiful. Managed to even run into some interesting fellow runners – okay, maybe they were just strolling around.

Finding the LA Fitness near the airport though took quite some time (it was on the second floor). And my plans hit a big hitch when I realized that I was about one towel short!! Had to make do with yesterday’s shirt!!

But I am in the plane now and the views and the run was totally worth it!! Maybe I should have put in a couple of miles more… The way the thunderstorms are rolling in, I don’t think we are getting out in a hurry… 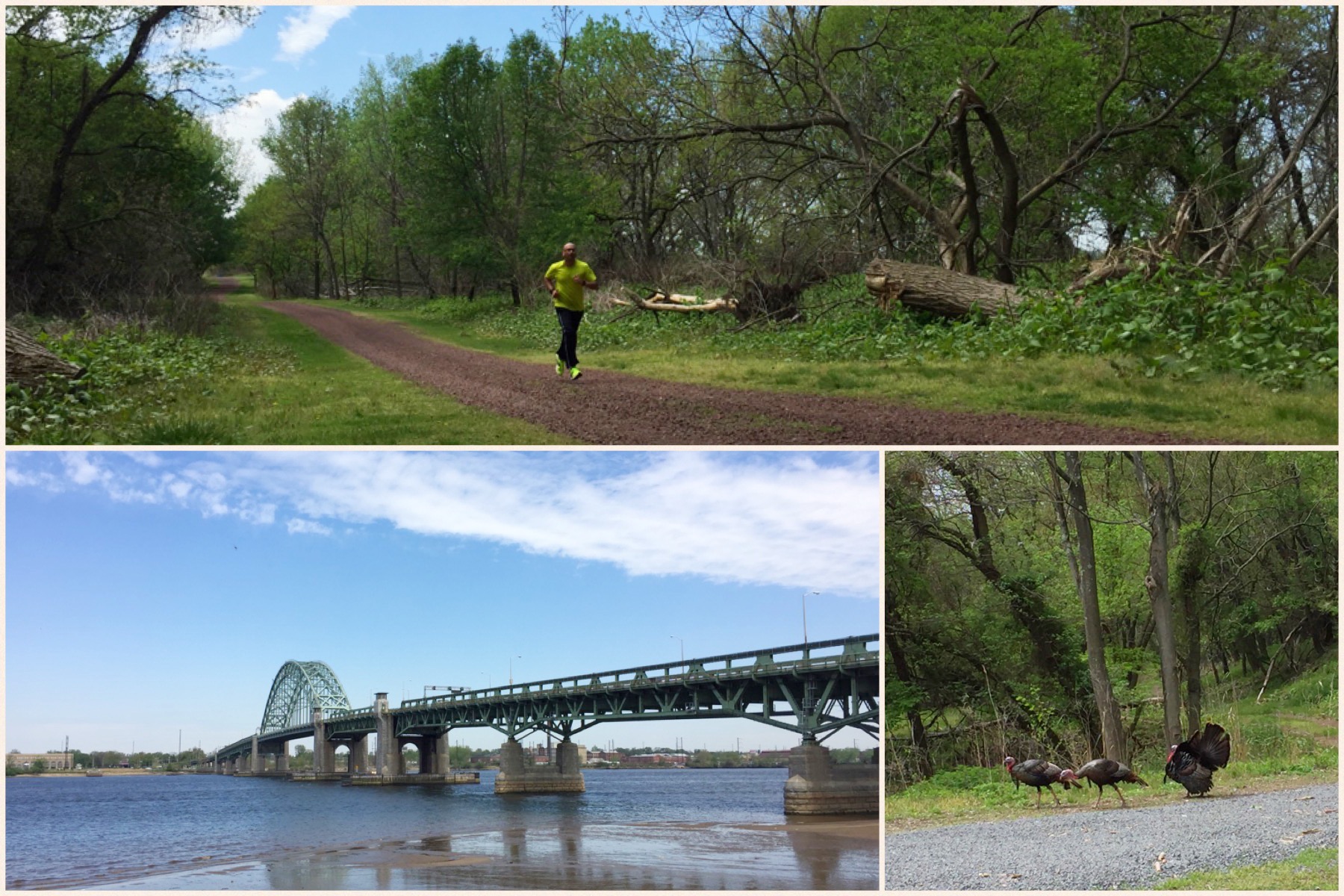