This was not the way I had planned it…

I had barely walked into the Cleveland airport when, true to its form, Delta let me know that my flight to Detroit had been delayed. Flight delays come with the territory of being a road warrior. I did, for a moment though, worry about my connecting flight to Milwaukee but realized that there was precious little I could do at that moment to help myself.

So I walked thru security and started taking the airport in. Partly to empty my mind – I need to make a couple of decisions – and partly just to check out the airport, I kept strolling desultorily from gate to gate in my terminal (B). Eventually, I ran out of gates – so I went to Terminal A. After seeing all the distinctly Cleveland-y things, I spotted something I had seen elsewhere – a Starbucks!!

Standing in the rather long queue for a cup of coffee that I pay twice the price just because they put a French sounding name to it, I had a brainwave. You see, this morning, when the valet pulled up my car, I realized that after I tipped him, I was left with only twenty dollar bills. I needed to break a twenty for similar situations the rest of my trip. Decided to pay for the coffee with cash instead of my iPhone app.

I get coffee and I get change!! I was rather pleased with my increasing ingenuity as I age – admittedly ungracefully, as every family member of mine would helpingly point out. Transaction having been done thusly, I kept walking for some more time. Eventually my plane showed up. (They usually do). And I walked in.

As I settled down in my chair, a quarter slipped out of my pocket and noisily landed on the floor. As I picked it up, I had a couple of flashbacks and that is when I froze – Where is my coffee?? WHERE IS MY COFFEE?? There was no point searching my pockets or my bag. Even if it were possible to fit a cup of coffee there, it would still be highly undesirable. Even I knew that!

It dawned upon me – regrettably, I might add – that I was so enthralled in having managed to get some change, I simply walked away from the Starbucks after paying without bothering to pick up my coffee. I am sure with a smirk on my face too!

God! I am getting forgetful as I get old. One thing though – I am not sure what all this complaining of getting old is all about. I am thoroughly enjoying it! At what other age did I ever do something stupid and then agree with the world – “Rajib, you are an idiot!” … and then completely laugh it away?

Settled for a cup of what could best be described as “Delta’s apology to coffee”. I did not need any change though. It was free!! 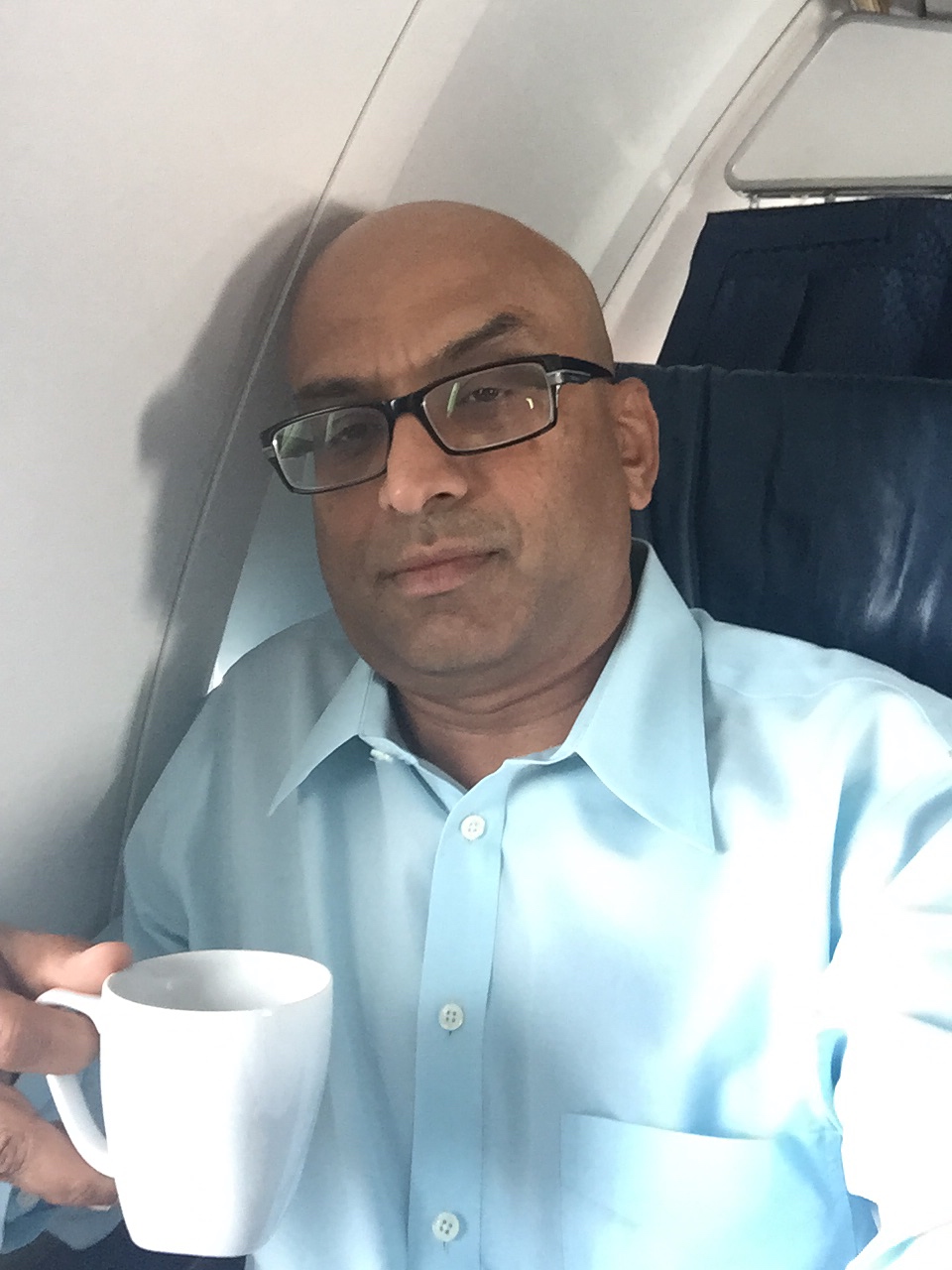