Unbeknownst to his soon-to-be hapless prey, Joy had stealthily taken a little-trodden digression from the trail and moved up the hill quickly and waited behind an undergrowth. The aforementioned prey – also referred to in real life as Joy’s wife Swapna – plodded along the trail – at a pace that would make a sloth yawn. Her exclamations of “What a beautiful sight” was interspersed only with her exasperations of “Are we there yet. Mountain Goat?”.

The Mountain Goat – yours truly at that moment – never to miss a chance to bore the audience with completely meaningless information, proceeded to take pride in his nom de guerre and then elucidate further – “Did you know that a mountain goat is not a goat – it is actually a sheep?”. Which, beyond being pointless to the context did nothing to ease the pain of climbing for Swapna. Or to a mountain goat, for that matter.

Presently, Swapna did reach the bushes where Joy lay in wait while I had bleated my way to about fifty yards ahead already. Just as she prepared to negotiate the undergrowth to her right – undoubtedly with the fullest intention to take a sharp turn – as the trail demanded – a very confusing set of events ensued. To borrow a line from P.G.Wodehouse, as I reckon, the said bush, which was hitherto unusually quiet, suddenly said “Roar”.

For a moment, I will spare you the obvious dissonance of a bear never roaring – for that was what Joy was trying to pretend to be – a mountain bear to scare his wife – and “Roar” was what this UK-born lad of otherwise exquisite grip on the language English could unfortunately come up with. Far from a swooning wife – who I must mention was mortified by a suspension bridge a mile before and was petrified mistaking a branch that could barely pass as non-linear as a lethal snake, Swapna, at that juncture was a picture of an even mix of disdain and contempt. Maybe 60-40, if you looked at her closely, as the visage of Joy appeared from behind the bushes after the admittedly rather sonorous roar.

“Joy, shut up”! is what I heard when I looked back to see what was happening. Even the untrained eye could detect the dismay writ all over the bear’s face from the ignominy of its prey unceremoniously addressing it by its first name.

Reflecting back, I think Swapna’s biggest mistake was asking me how much more of the trail was left. Not knowing any better and remembering roughly the Google map I had seen, I estimated we were one third in. Turns out my estimates can be off by as much margin as those airlines folks’ timetables.

Eventually, this came to pass too. Especially after the last pass we passed. The exuberant exultation from the hiking group yelling “We made it! We made it!” gave me a rough idea about how the base camp at Mount Everest must sound like every time a team comes down from the peak.

The hot tub and the wine that followed, however, I daresay was much better than of any base camp.

(Apologies, Swapna, for overly exaggerating your travails in your travels) 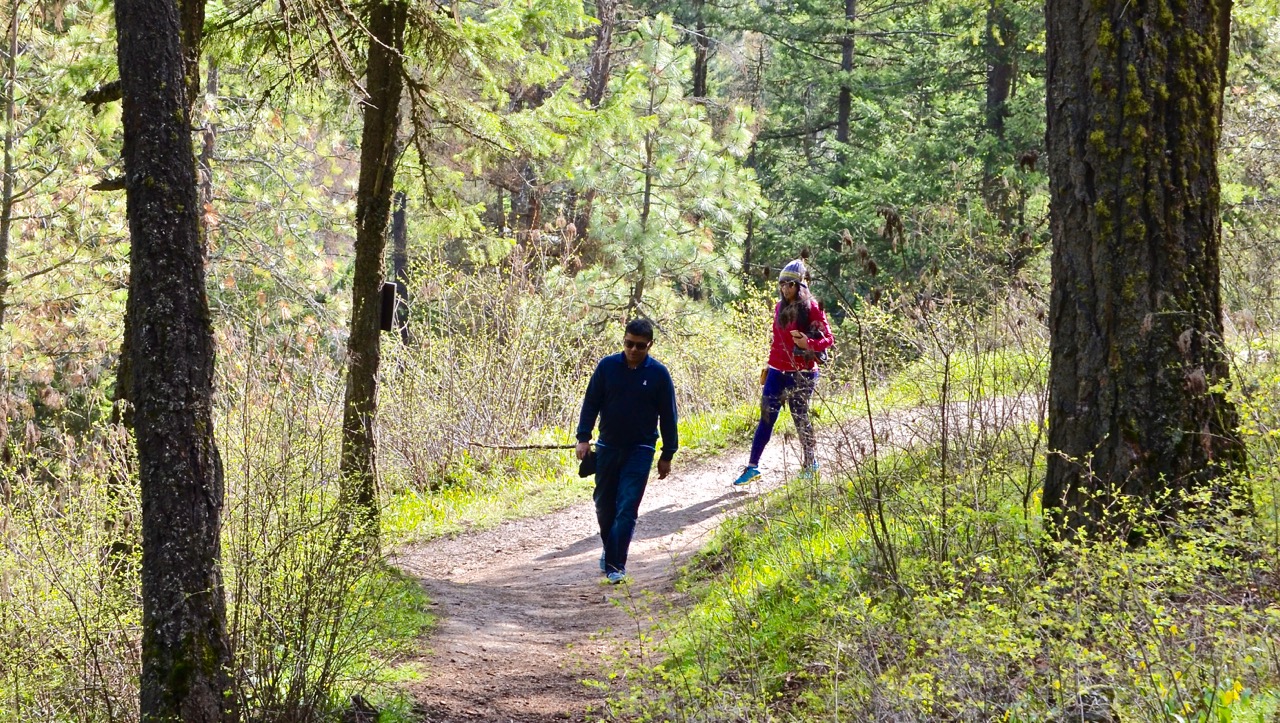