Let’s see… First flight was a comedy of errors. A door won’t close. Five mechanics and an hour later, we pushed out. Then there was an engine issue. More mechanics. More delay. Finally we took off … with very little chance of catching our connecting flight. Thankfully, Delta had held the other plane back for a few minutes and we made it. Except, that got delayed … because… you guessed it – more door issues. Eventually, we reached our destination and joined our friends -Joydeep and Swapna from our good old Dallas days for a few days of R&R in the scenic resort of Coeur d’Alene.

Time to sip wine past 1am (that is 4am for me) catching up on old friends. (Ours are the only two families among a close set of families in Dallas that left Dallas) 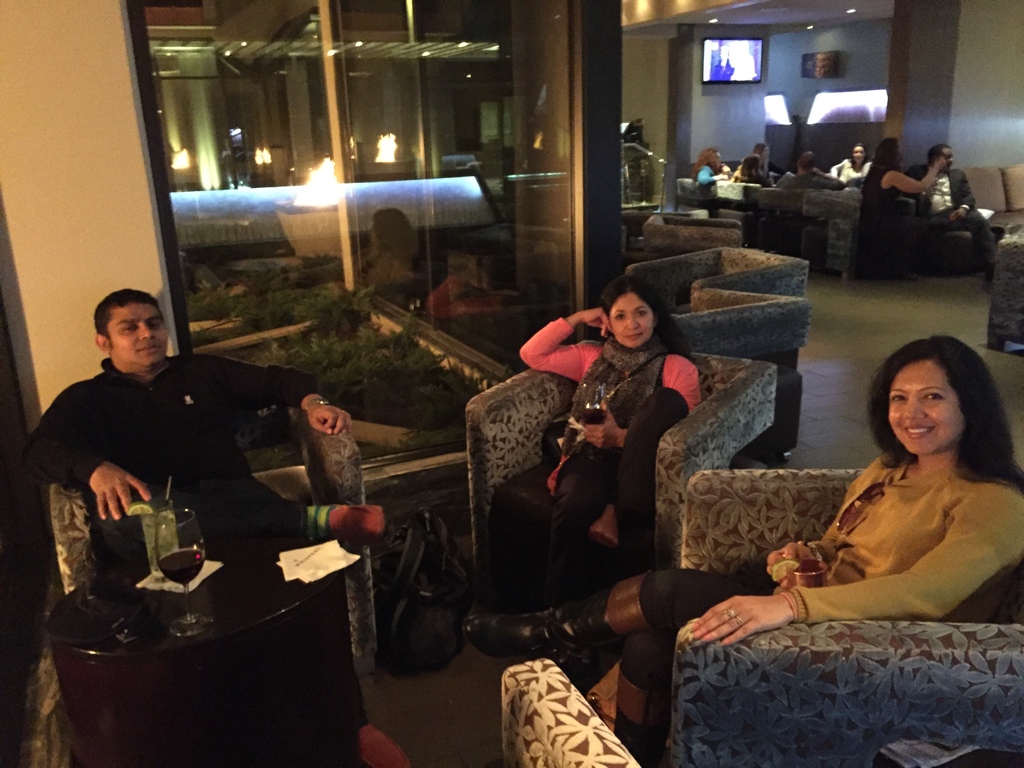